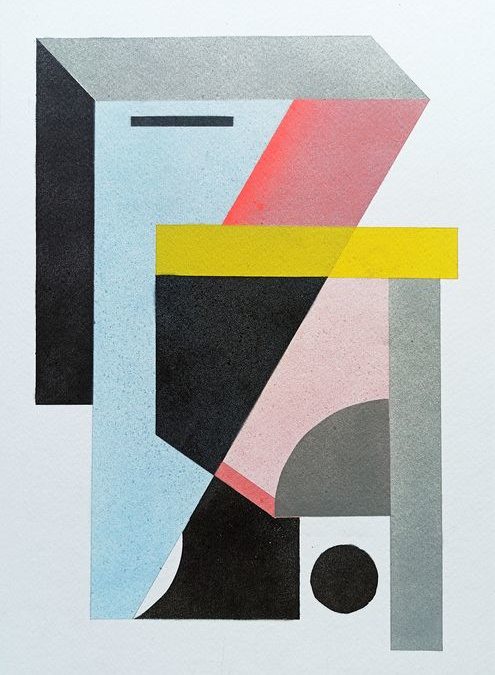 Born in 1982, originally a designer, Greg Jager lives in Rome but takes his art around the cities.

He has attended IED between 2001 and 2004, his background is full of contaminations, from street art – he was a graffiti artist – to music, architecture and even skate, a sport practiced as a kid. 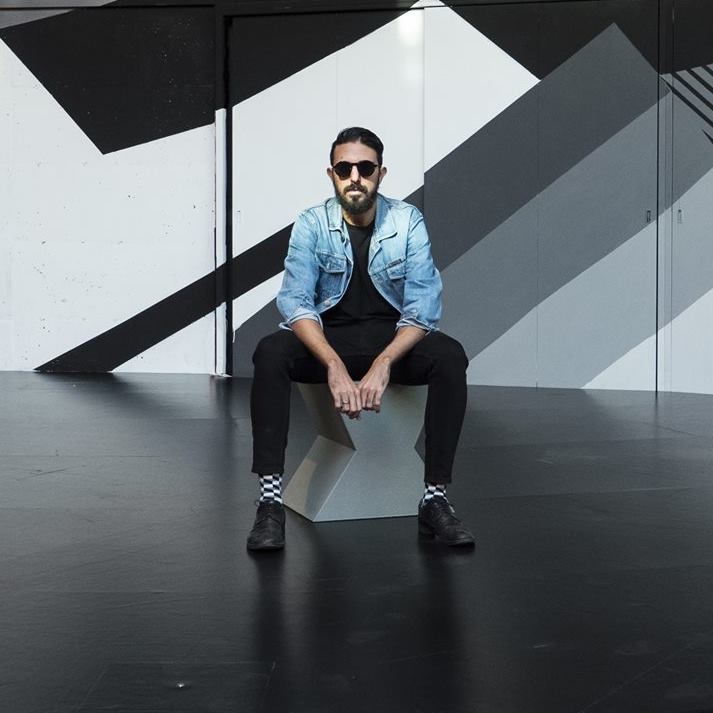 Therefore, his artistic research is complex and reveals many aspects but certainly at the core stands the great art of the ‘900 that the artist studies and proposes in the decomposed and geometric designs. Although his art comes from the street, it does not coincide with the  environmental redevelopment,  a definition in which he does not find himself and to which he finds difficult to attribute a positive meaning since, in his opinion, it often indicates an attempt to give urban decor to some urban areas that need different interventions to solve their problems. On the opposite, Jager defines his art of anthropization thanks to which people can question themselves and overcome their limits, think outside the square. 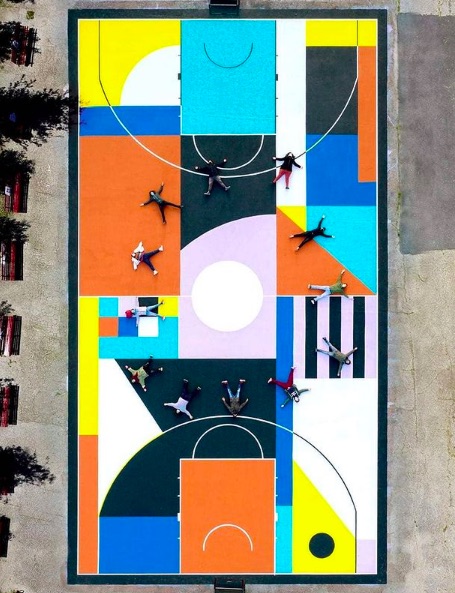 In any case, it is inevitable to assign it a social value since it is a real act of responsibility by the artist towards the community and, the context in which it develops, must be studied and analyzed in order to bring out the best of the artwork. Basically, it is a relationship between Jager’s drawings and the passers-by who come across them: they need to know each other and establish a working synergy.

Jager’s works are also synonymous with creative freedom. The artist not only works on large surfaces but also creates smaller works – collages, installations, paintings – and the same reasoning applies to mediums – pastels, colors, sprays and so on – to which he approaches in a completely spontaneous and without constraints of any kind or without favoring one over the other, they are only the means of transmitting a message.

During his career, the artist has collaborated with many cultural institutions and fashion brands. In conjunction with the reopening of the Macro museum in Rome, in October 2018, he created the 100m² mural entitled Metamuseo characterized by a geometric and abstract style in which gray, black and red predominate. 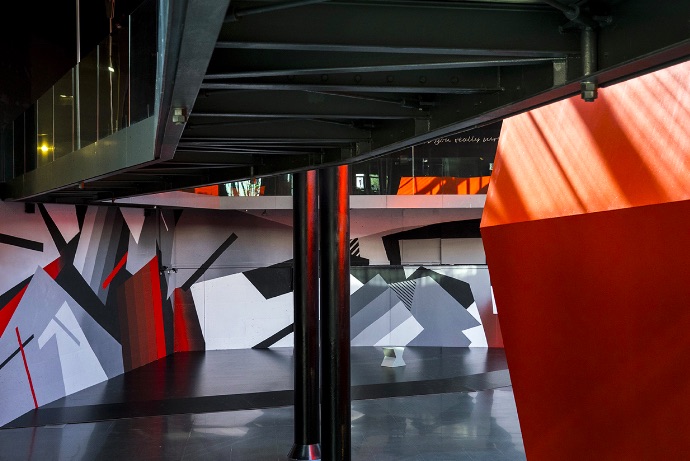 In the same year, Fendi wanted him to create a work to be included in the exhibition “Le Journee Particulieres” which took place at the Palace of Italian Civilization. The artwork had  to include some elements of the city of Rome. For the occasion, Jager created a work inspired by the rationalist architecture of the EUR and the linear one that characterized the Mussolini era. 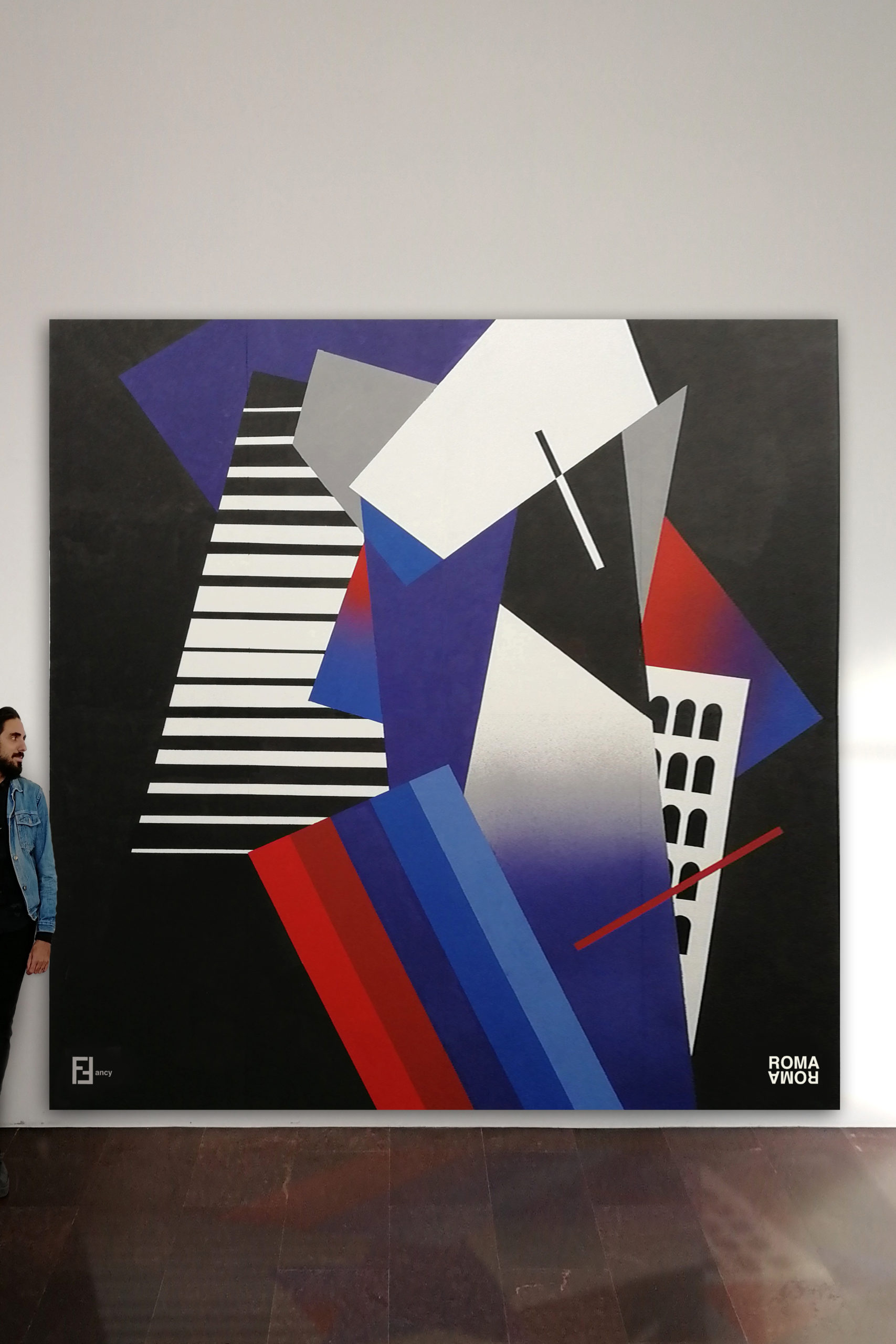 Not even the lockdown caused by Covid has stopped the artist who said he was focused on projects for 2021 in which the pre and post pandemic differences will (inevitably) be perceived. We just have to wait.