The certificate of authenticity (COA)

The certificate of authenticity of an artwork, commonly called authentication, is the document that allows you to define the identity of the artwork. It explicitly declares that this artwork, representing a certain subject, which responds to a certain title and which possesses certain characteristics, was actually made by that artist.
When an artwork is sold or in some other way transferred from one owner to another, a certification of this type should always be present to guarantee the transaction itself.

Specifically, it is a document with an attached photographic reproduction of the artwork which contains all the personal information such as title, artist, date, size, technique that allow it to be identified immediately. In addition to these basic data, there may be more specific references to the frame, stamps or labels present on the artwork itself which may be unique details that allow it to be recognized in case of doubts. There may also be references to reasoned catalogs in which the artwork is present, to publications or articles in which it is cited, but also to catalogs of exhibitions in which it was exhibited. All this is therefore additional information that aims to provide as much clarity and certainty as possible, trying to eliminate any kind of ambiguity that may arise in those who own the work or are about to purchase it.

So far, everything would seem very simple and immediate, without too much difficulty in putting it into practice. 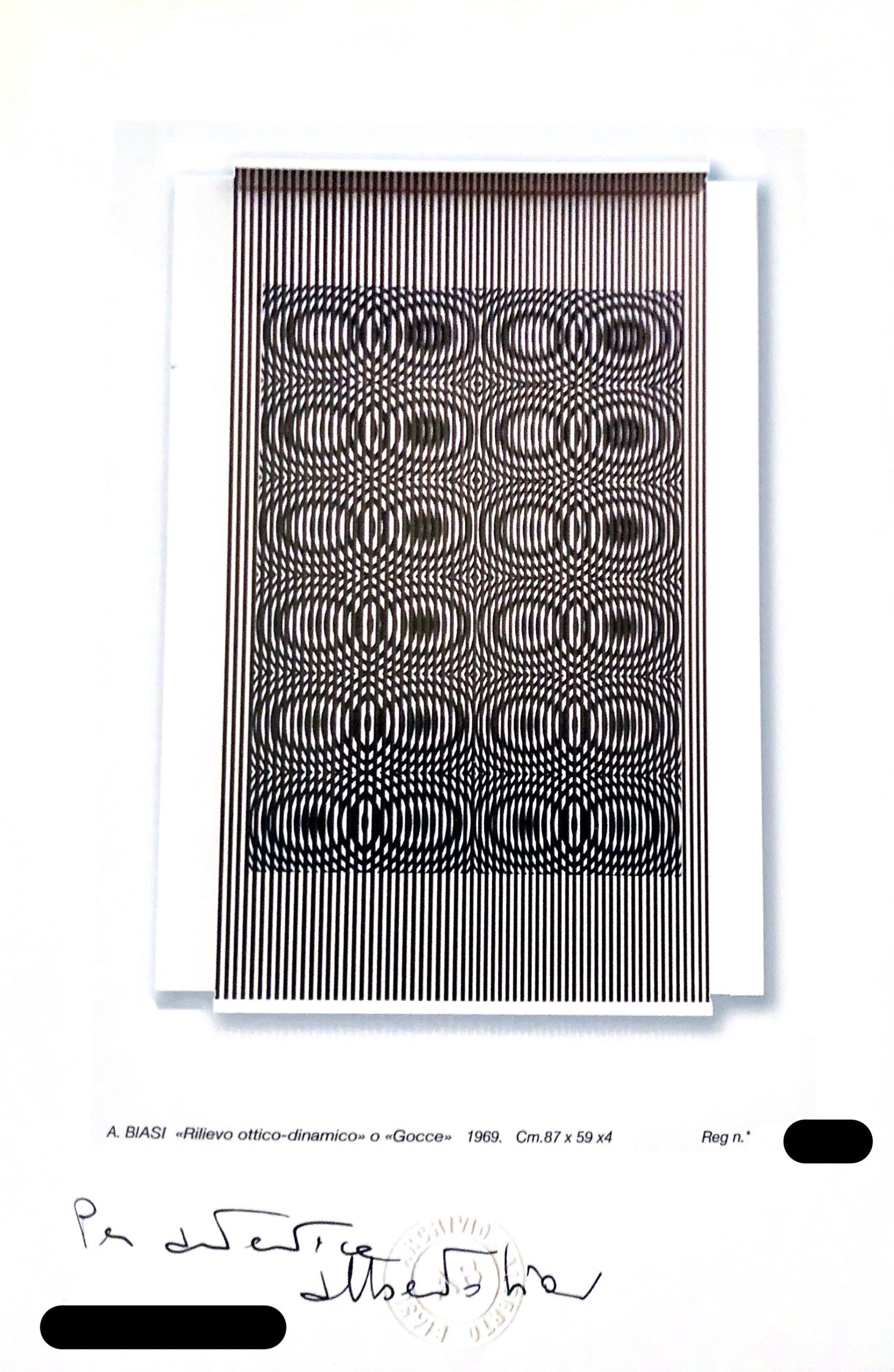 The problem actually arises not so much in the physical creation of the document at the content level, but rather in the choice of the person in charge of creating it.
Obviously, when the artist is alive and finds himself in the situation of selling his work, directly or indirectly through other subjects, the problem almost disappears since he himself will confirm the authenticity of the artwork by eliminating any doubt thanks his signature.

But what happens if an artist is no longer alive? Who should be in charge of carrying out this action? It should be a normative reference to resolve the issue, and indeed this exists but concretely it is not so useful.
This is what art. 64 of the Code of Cultural Heritage (Legislative Decree 42/2004): “Anyone who carries out the activity of sale to the public, of exhibition for commercial purposes or of intermediation aimed at the sale of works […] has the obligation to deliver to the buyer the documentation that certifies the authenticity or at least the probable attribution and provenance of the artworks themselves […]”.

Having clarified the obligation, it is clear what the core of the problem is: who is the person authorized to draw up this documentation?
The seller himself can certainly do it, a gallery owner or whoever is for him, but who can tell us that he is declaring the true or the false in black and white? Certainly in the second case, if he were ever discovered, he himself would incur some kind of procedure but in the meantime it would be the buyer who would lose out.

There is no sort of institution whose task is to authenticate artworks of any kind and who is authorized is not explicitly stated, so at this point other subjects emerge whose credibility should be more incontrovertible: first of all the heirs, followed by foundations or archives that deal with the interests of artists who are no longer alive.
A judgment that is sometimes considered reliable is that of specialists, scholars, experts of the artist in question: even in this case it is almost an act of trust in trusting the right person who is saying the right thing.

In the lack of transparency and clarity surrounding this topic, what is certain is that the buyer must always put himself in the position of obtaining some type of certification when purchasing or receiving an artwork. It is not only an abstract conversation of certainty on authorship, but also it has practical implications that are reflected in the economic value: a artwork on which doubts arise in terms of authenticity undoubtedly loses its value and may be difficult to resell it in the future.
To conclude a speech that already showed more shadows than lights, it is necessary to add that a further problem is given by the fact that the certificate of authenticity tends to be a paper document and consequently is always subject to the risk of getting lost or disappearing over time, both in the case of subsequent sales and when the artwork always remains the same owner.

The positive note is that here instead there is a margin for intervention: SpeakART aims to solve this problem, offering the owners of the artworks a digitization of the certificates in their possession which, thanks to the software, will then become inextricably linked to the work. In this way, we are not only able to eliminate the risk of loss of the documents themselves and the consequent loss of value of the artwork, but we also guarantee the link between certificates and artwork. In this case the value of the artwork is not only secured, but it is so sure that it can even grow.