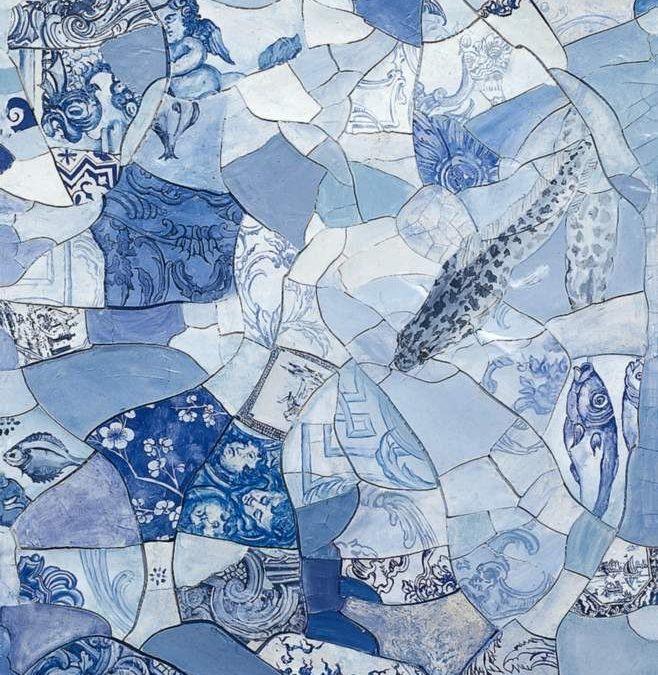 Adriana Varejão was born in Rio de Janeiro on November 11 1964 and is, nowadays, counted among the greatest exponents of contemporary art.

Her artworks have been exhibited in the most important galleries and museums around the world, including – just to name a few – the Guggenheim in New York and the Tate Modern in London.
In the United States she is represented by Gagosian Gallery while in England by the Victoria Miro Gallery.

The artist, who stands out for her strong historical and cultural side, in 2004 was also an artist in residence at the Isabella Stewart Garden Museum (Boston).

“(…) Everything (…) is woven so that it passes through a red thread; this cannot be taken away without everything unraveling”
– Goethe

Let us adopt the wonderful words of Goethe to better explain Varejão’s artistic research which is complex and intrinsically linked to Brazil, the country’s history and the long period of colonization suffered by Portugal with which it still remains culturally united by a thin red thread. 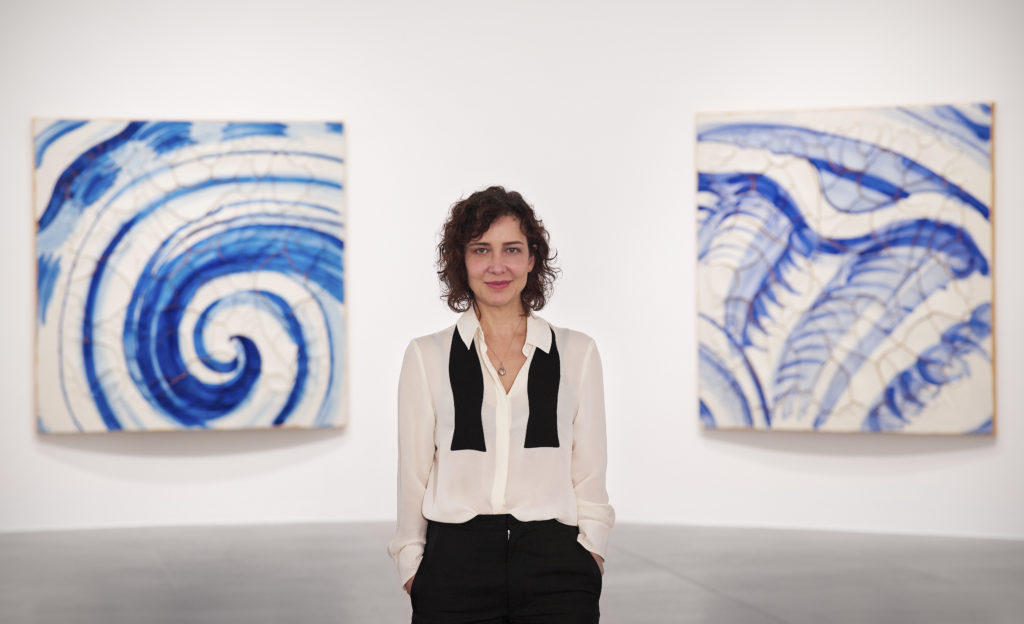 At the core of the artist’s works is, therefore, the search for cultural identity: going back in history, the future can be approached in a more conscious way.

Varejão uses the baroque tactics of simulation, juxtaposition and parody to dwell precisely on the dualism of Brazilian culture, so rich but also contaminated in its aesthetic interactions.

“Baroque always connects two extremes, such as light and shadow, in a body, a painting. The story outside against a wild body inside, cultured and uncultivated, cooked and uncooked, greed and expressionism, rationalism and irrationality, cold and hot”.

Adriana Varejão works with a wide range of mediums.
Generally, starting from a canvas, she then enriches it with materials of different consistency such as porcelain and ceramics.
There are also photographs and drawings of her, but the Azulejos are certainly worthy of particular attention.

The typically Portuguese blue and white tiles are made by the artist in plaster and oil paint on canvas. Azulejos symbolize the fusion and mixing of cultures.
Each tile, after having laid the plaster, is left to dry and once dried, small cracks are created that make them unique from each other. For the most passionate about art, the comparison to Alberto Burri’s Cretti series is intuitive. 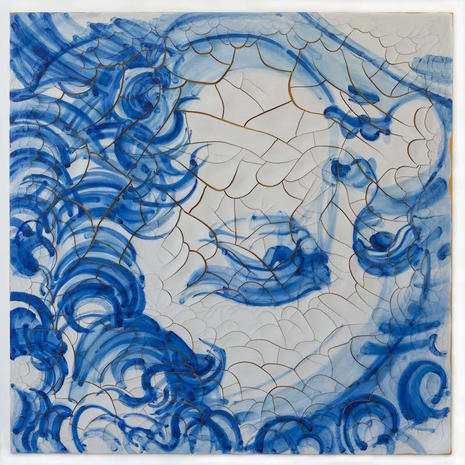 Adriana Verajão is, ultimately, an artist that connects, includes and come closer.