Andrea and Sophia in the NFT’s universe 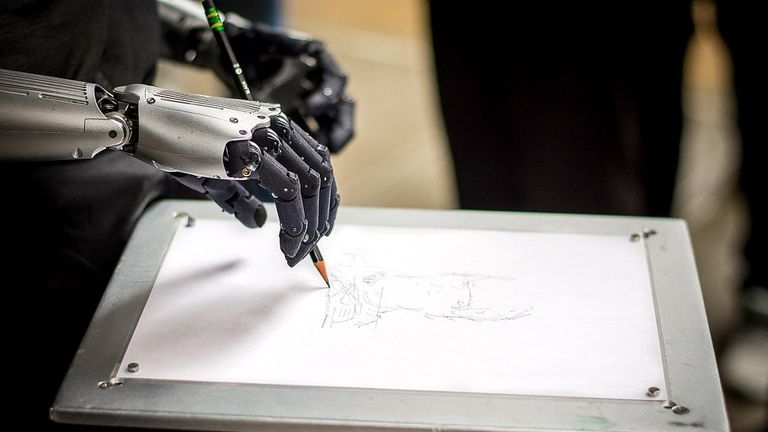 Andrea and Sophia in the NFT’s universe

Robotics and the art world  are now starting to get to know each other better and have decided to meet in the wonderful – and after Beeple’s 69 million record also highly rated – universe of NFT (non fungible tokens).

On March 23rd, the Italian visual artist Andrea Bonaceto together with Sophia, one of the most developed robots in the world, put nine artworks – created by their collaboration – on Nifty Gateway, the main market platform for NFTs.

As if that were not enough, Andrea and Sophia’s was also the first collection, curated by the IV Gallery in Los Angeles, to be born from the joint work between a human intelligence and a humanoid.

Sophia was born on the 19th of April 2015, developed by Hanson Robotics Limite, a company made in Hong Kong with the collaboration of some companies responsible for artificial intelligence.You are one of the most developed humanoids in the world, able to reproduce more than sixty facial expressions typical of humans and with incredible verisimilitude.

It is no exaggeration to say that she is a real celebrity: being perfectly able to respond – on predefined topics – to her interlocutor by deciphering their facial expressions and gestures, she has participated in many TV shows and has even obtained citizenship of the Arab Emirates. She is the first humanoid with a passport.

Sophia’s artistic career is certainly not far behind, indeed it also marks a real record here: she is in fact represented, just as she was a person in flesh and blood, by the IV Gallery.

Andrea instead belongs to the human species, the traditional one.

He first studied economics at the University of Pisa and then Management at the Scuola Superiore di Sant’Anna. After several work experiences, in 2018 he founded Eterna Capital, an investment management company focused on blockchain technology that is today a leader in the sector.

In addition to being an entrepreneur, he is also an artist and member of the Royal Society of Art (RSA).

Here is how it went.

Andrea created, old style, fews Sophia’s and her relatives’ portrait. The images were then reworked by Sophia who, without any kind of human assistance, interpreted them through her neural networks. Sophia, who has just turned five, continues to grow or rather it is her artificial intelligence (AI) that develops constantly and is able to elaborate on artworks referring to what her “experiences” are.

In case you have any doubts, the collection has sold out.