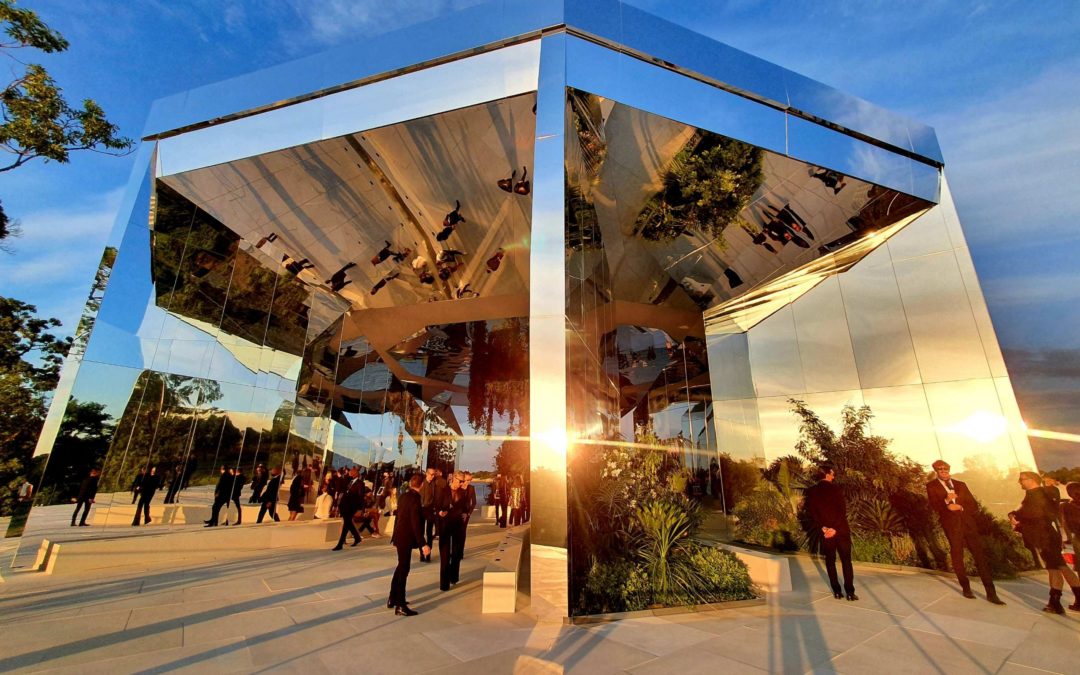 Valentino Des Ateliers, the haute couture collection for next autumn-winter, has chosen the Gaggiandre to present itself to the public.

This space, part of the Venice Arsenal, is a large complex consisting of two canopies built in the sixteenth century to accommodate rowing boats. Over the years, an enchanting space and spectacular architecture have repeatedly hosted the works of artists and architects on the occasion of the Biennials. 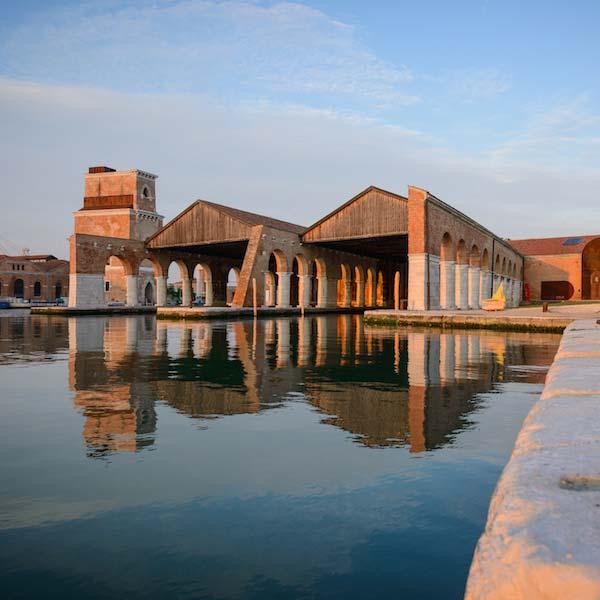 In conversation with “Idee di Pietra – Olmo”, installation by Giuseppe Penone in collaboration with Chus Martinez for the birth of the Vuslat Foundation, the creative director of Valentino Pierpaolo Piccioli wanted to show the result of the collaboration of 17 international artists that gave birth to the maison’s latest high fashion collection, stating that “Venice was part of the vision I had had from the beginning. It was the only place in the world in which to present such a collection”.

Creativity becomes the point of two worlds, art and fashion, which seem apparently irreconcilable but which are actually strongly united. 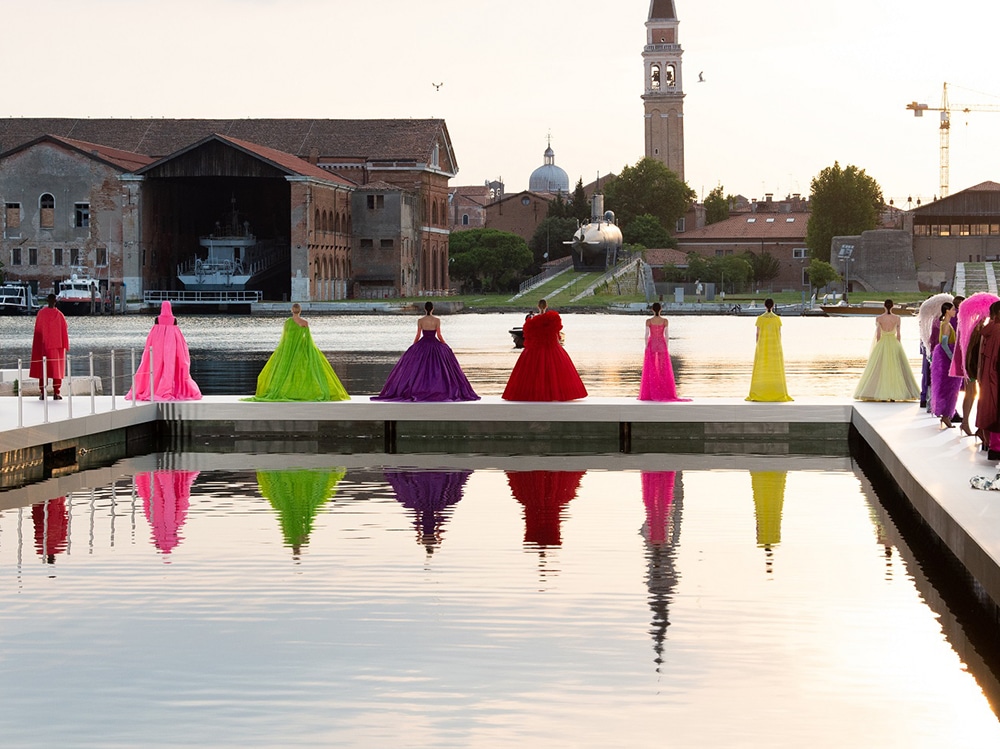 For Yves Saint Laurent, Anthony Vaccarello instead chose the Certosa island and the work of Doug Aitken to be the stage for the presentation of the men’s collection for spring-summer 2022.

The artist created Greens Lens, an installation of lights and mirrors that can be visited for a few days after the event. But it does not end there: the plants involved in the work will then remain on the island, to carry out a reforestation project. 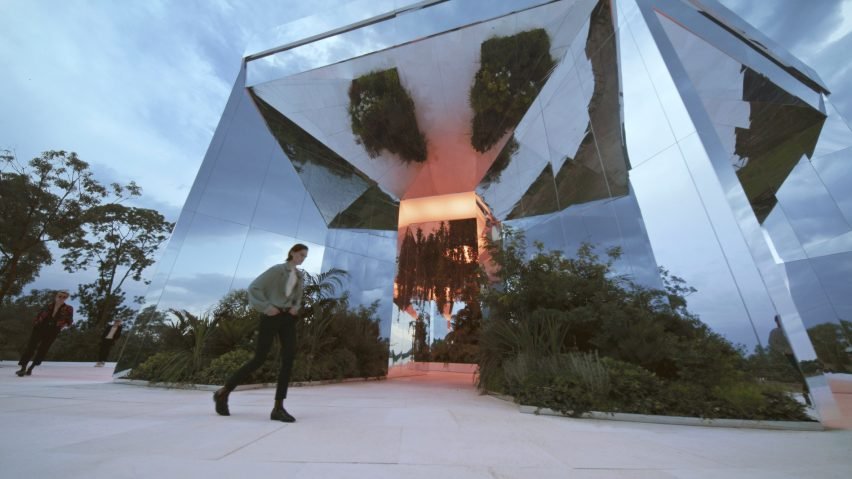 This is the artist’s second intervention in Venice, who had won the Biennale in 1999, in a collaboration unrelated to propaganda or commerce as he himself declared: “They have allowed me to create a social space that can work for fashion as well like anything else, this says it all about the freedom I had. And then I like too much this thing that the plants of the opera will then be planted on the island, it means that the artwork will continue to grow there even after it is disassembled “