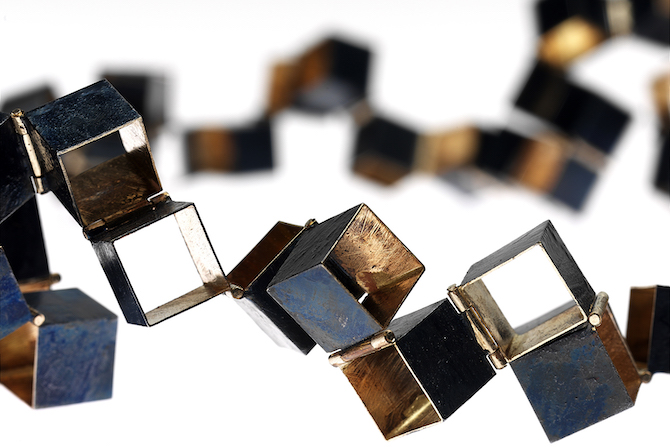 It would be very simplistic to define Giampaolo Babetto only with the nickname of jewellery maker.

He was born in Padua in 1947, where he studied at the Pietro Selvatico Art Institute and then continued his studies at the Academy of Fine Arts in Venice. Today he lives and works in Arquà Petrarca (Padua). 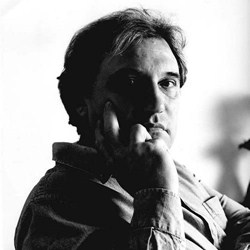 We want to go big and, to introduce – if he ever needs it – Babetto, we rely on nothing less than Germano Celant’s words.

In the opening essay of “Babetto” (published by Skira) , entitled “Perpetuum mobile”, the famous art critic describes, in a broad and detailed overview, Babetto’s education , also dwelling on the contaminations due to contacts with Group N, kinetic and programmed art.

Other reflections follow: from his travels to Holland during which he approaches the neoplaticism of Mondrian and Rietveld, up to the approach to abstractionism and mannerism going through the choice of colors, which is not radom: blue refferring to Yves Klein or red as contrasting color.

Within “Perpetuum mobile” Celant states:” (…)Giampaolo Babetto’s jewels are subject to this dual reading: they are ornaments and elements of distinction that organize the visible and the invisible of a feeling that is the reflection of a mirror, how much of a mimesis. Indeed Babetto makes this duality between immobility and movement, between identification and regeneration, between being and appearing, the emblem of his search. He aspires to mend the knot between spirit and matter, joining, in the purifying vortex of gold, masculine and feminine, natural and artificial, past and present.”

Necklaces, rings, brooches, bracelets and so on: there are a thousand variations of Babetto’s art, but always characterized by essentiality and simplicity, never sinful of excess.

The key is the design, with which Babetto – by his own admission – has a lot of fun whether or not it can be translated into a jewel.

The linear, geometric lines, for some almost “mathematical” give rise to the extraordinary creations which then, unlike those of sculptors or painters, acquire a function when worn. The clean shapes, distinctive signs of Babetto’s art, also become expressions of his own interiority, where appearance does not find space, but on the contrary, sensitivity and discretion prevail in ways and style. The essential leads to the emptiness that is in the jewels’ shapes, synonymous with external tension, on the opposite if they were full, they would be static, dead. 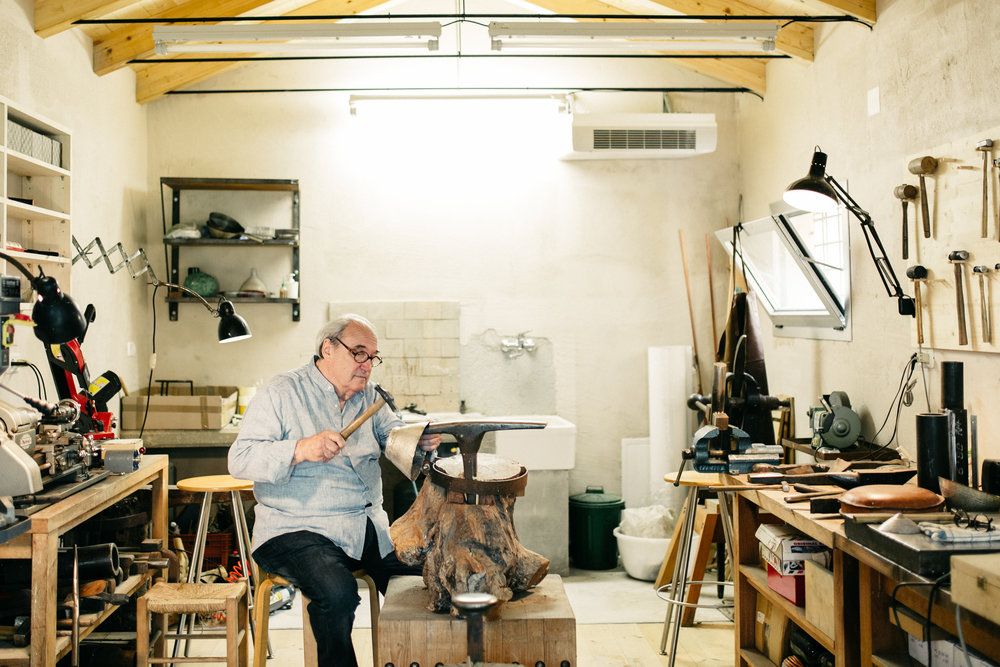 The Paduan artist is considered one of the leading masters in the processing of the material, with whom he dialogues and to whom he always does justice, also thanks to refined techniques of which he is an undisputed expert such as medieval and Renaissance niello.

Babetto ranges from the use of yellow, white or silver gold to the most precious and less conventional metals such as plastics, glass, ebony. The material is also a tool to make the volumes of the jewel that – golden rule – must stand out once worn and not on a display. The inspiration for volumes comes from architecture and its proportions as well as from the details that nature itself offers us. The jewels are works of art or rather, small sculptures, to be worn.

Giampaolo Babetto is the artist of silence and manual skills with which he creates masterpieces. Indeed, from his gestures, which are constantly repeated in the creative process, a state of peace and reflection is generated.