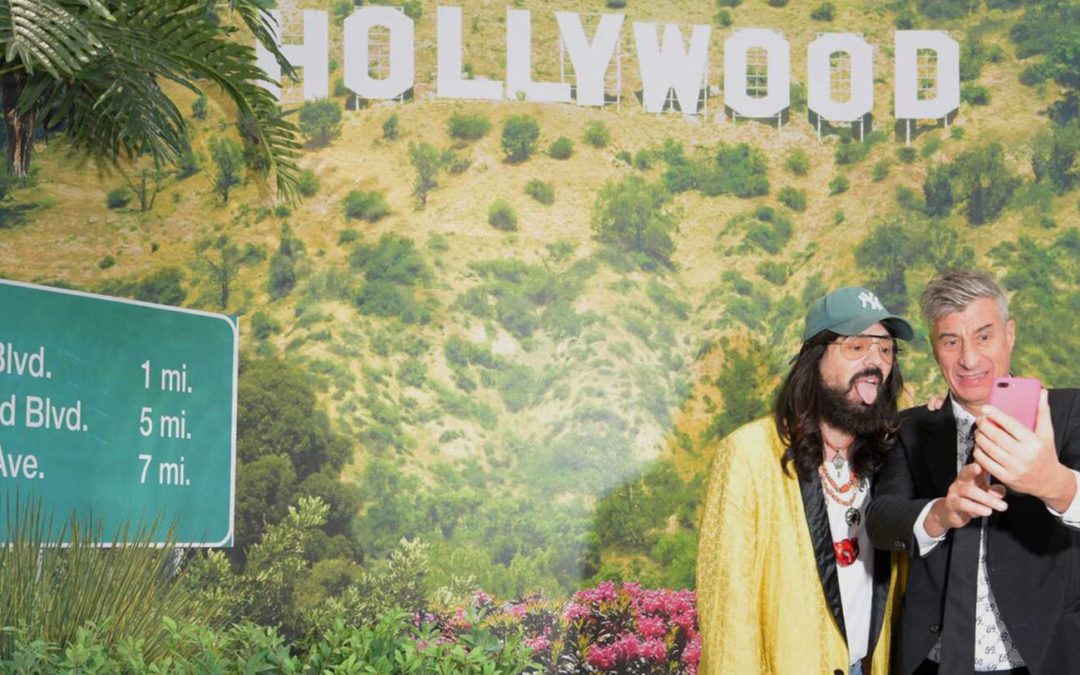 The Gucci era under the creative direction of Alessandro Michele begins in 2015 (despite he was part of the maison’s army since 2002): from here begins a revolution based on beauty, which “remains the most incisive expression of the pleasure I feel towards the richness and diversity of things”.

But Gucci’s beauty is expressed not only in the collections and in fashion as art, but also in art as such, so much so that in recent years the brand has often supported but also and above created initiatives for the promotion of artists and heritage. 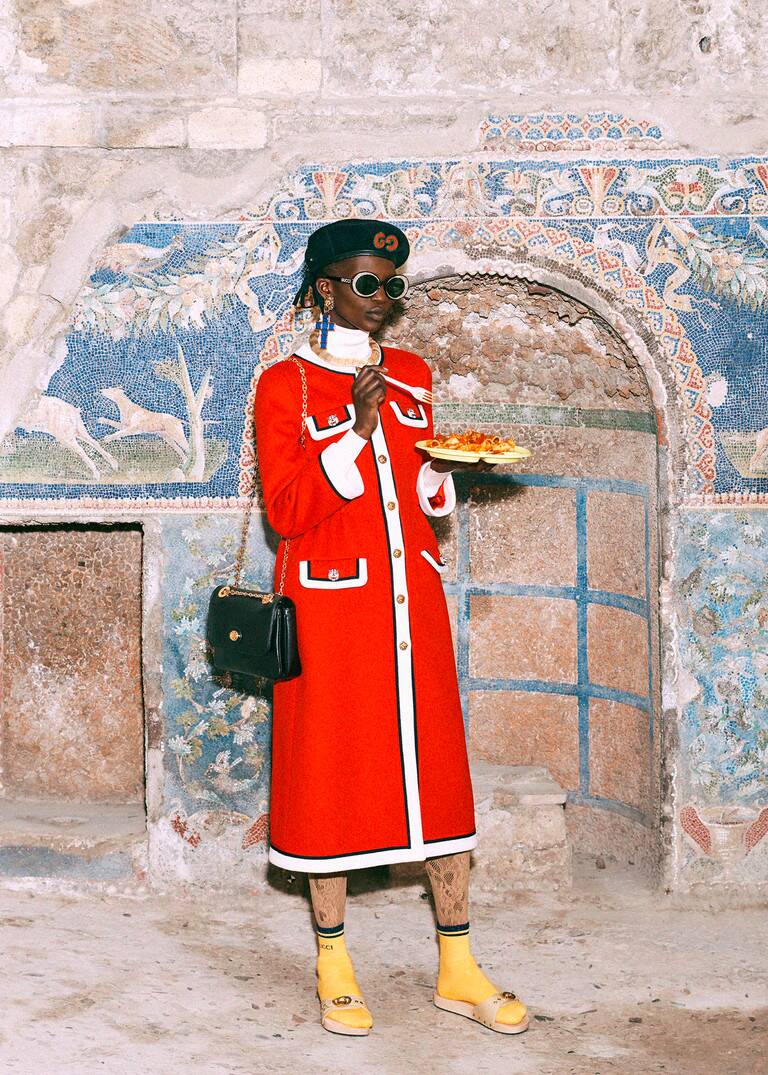 In fact, Gucci was one of the sponsors of the Italian pavilion at the 2019 Venice Biennale, expressing a common vision towards contemporary between Alessandro Michele himself and the curator Milovan Farronato. In 2017 it had financed the restoration and enhancement of the Boboli Gardens, in 2019 it announced its support for the project dedicated to the Rupe Tarpea and the Capitol Gardens.
But this commitment in favor of culture – and the diffusion of its image – is also clearly visible in the choice of locations such as the Palatine Gallery of Palazzo Pitti, the Capitoline Museums, Pompeii and Herculaneum (and not only at an Italian level, as in the case of ‘Westminster Abbey or the Dia Art Foundation in New York). 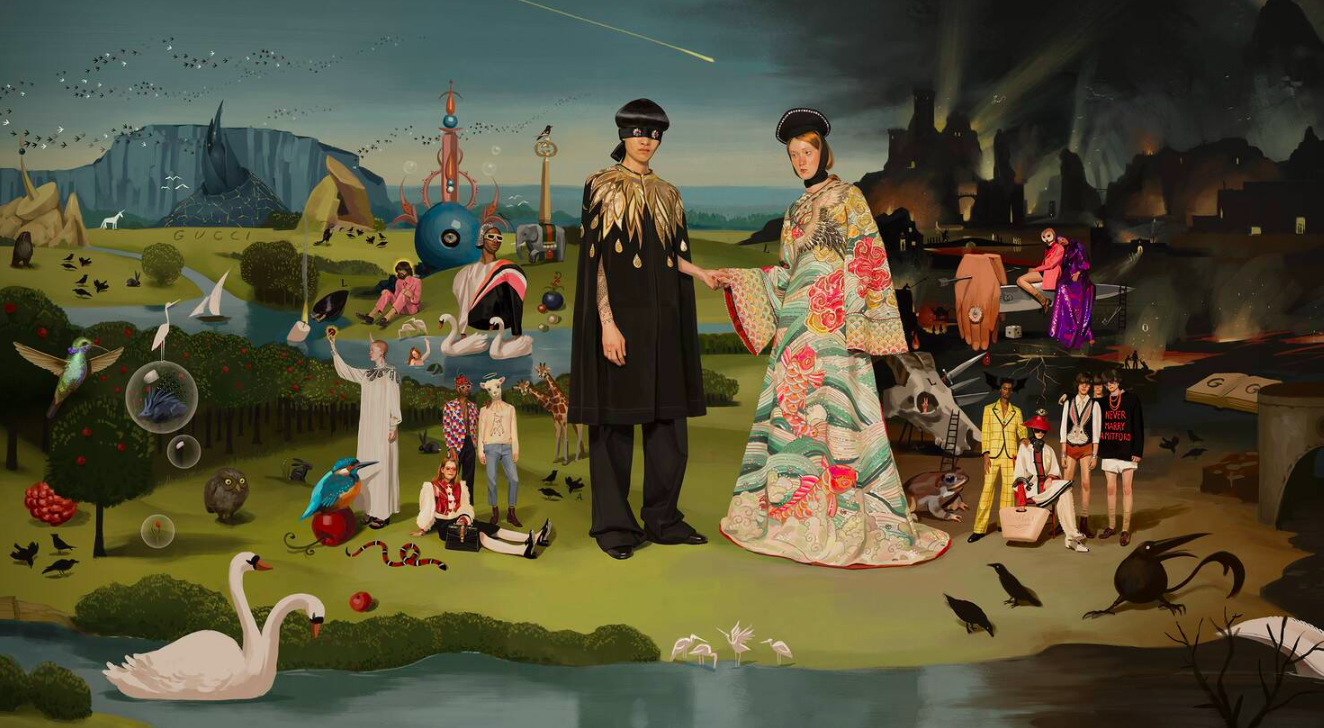 This contemporary patronage is also reflected in the Artist in Residence program that leads artist Rachel Feinstein to stay at Chatsworth House (a historic home in Derbyshire which in turn is part of the Gucci Places) or in the Gucci Art Walls, which replace advertising murals to the most classic posters, entrusted to contemporary artists, to sponsor new products and collections of the brand.

A collaboration that is an example for all is the one with the artist Ignasi Monreal, who over the years has taken different shades, from the mentioned Gucci Art Wall on the occasion of the launch of Gucci Bloom in 2017 to the Gucci Hallucination advertising campaign, which reworks great masterpieces of art history with its distinctive surreal style (from which a limited edition capsule collection was also born). 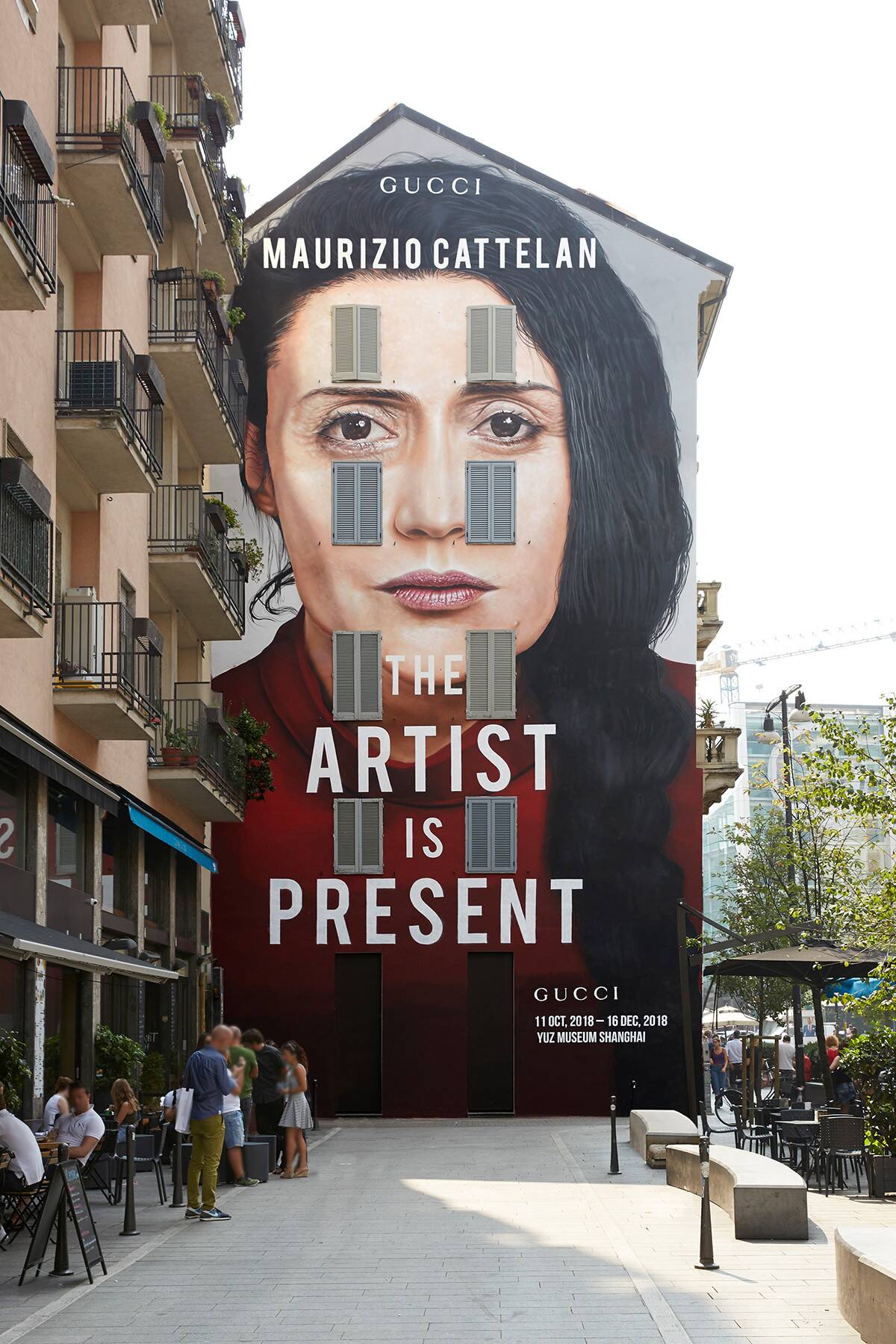 But perhaps the most interesting and complete result is The Artist is Present (Yuz Museum – Shanghai, 2018), the exhibition that arises from the agreement between Alessandro Michele and Maurizio Cattelan and explores the concepts of originality and copy: in a historical moment in which everything is reproduced and reproducible, the copy itself becomes the original, with a creative act that is an act of awareness capable of enhancing the original, giving it new life.
And the appropriation already begins with the title, which unequivocally recalls the performance of Marina Abramović (MoMa – New York, 2010), and in particular her media success. The works of more than thirty international artists are chosen to demonstrate the fact that it is possible to achieve a new originality through repetition: an example for all is Cattelan himself who offers a scale replica of the Sistine Chapel.