It’s said that an image is worth a thousand words and apparently JR, a French artist master of photographic collage, is the first supporter of this motto, so much so that he has given us an iconic image: a huge wound that tears open the facade of Palazzo Strozzi (Florence ).

“ This work awakens many things in all of us and what interests me is that everyone will interpret it based on his story, everyone will have a different reading. A work of this kind remains for a few months ,but its image will remain in people’s minds also in the future and I think that even when it is no longer there the people who have seen it will go and see what’s behind that wall” – JR 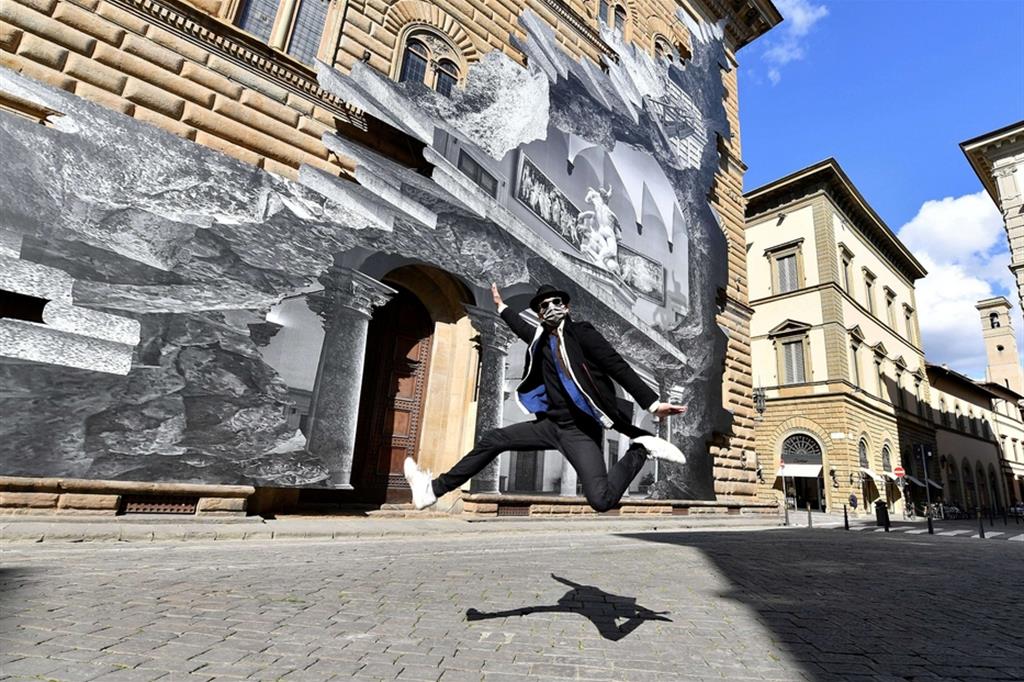 The artwork, which we believe does not need any further introduction, within a few days has already broken several records on the artist’s and museum’s social channels. The people reached were over one million between Instagram, Facebook, Twitter and LinkedIn.

Palazzo Strozzi, a renowned museum in the heart of one of the most beautiful cities of art in Italy, literally lent its facade to the artist who cut it, creating the wound through which the interior of the museum can be seen.

Why hurt a museum? The metaphor is intuitive. 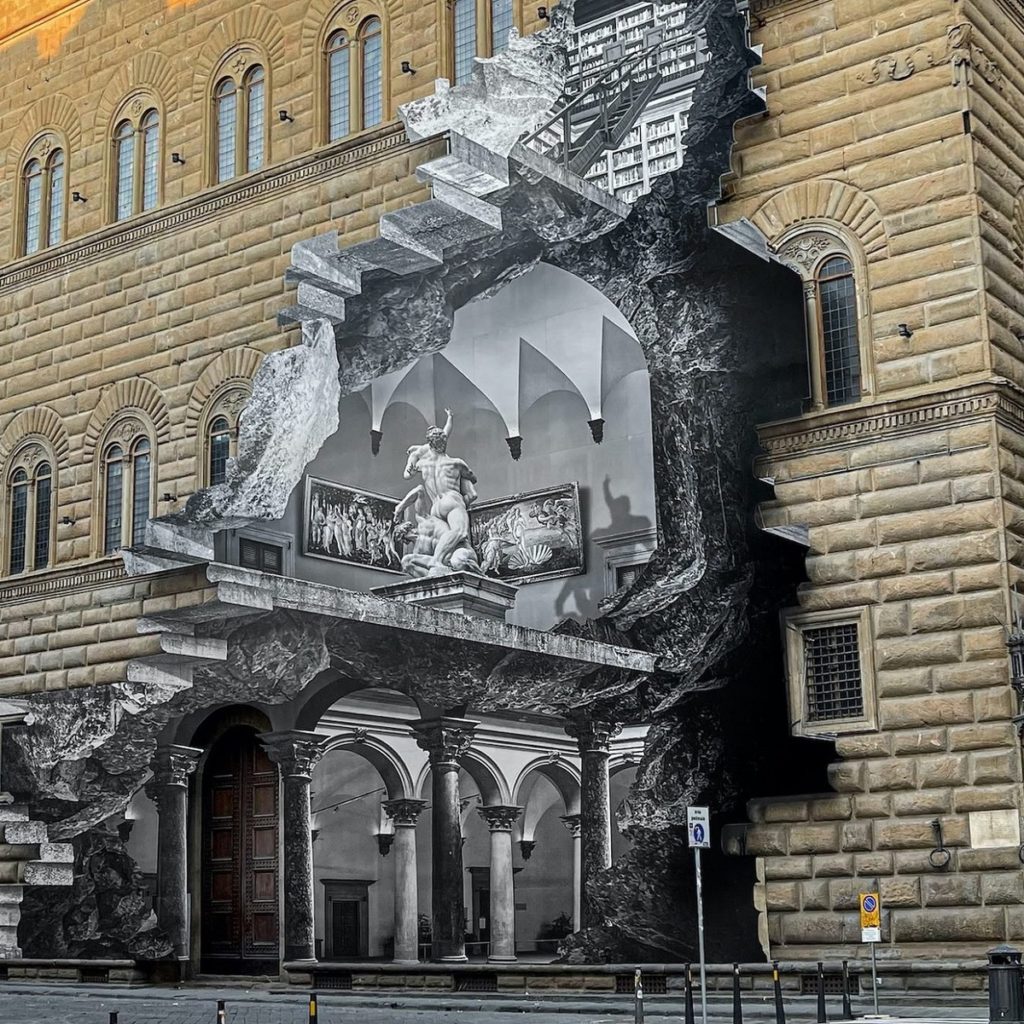 Palazzo Strozzi is closed and suffers, like all national cultural institutions, the effects of Covid which for more than a year has also taken away the freedom to admire art.

Here then is that JR uncovered the wound that was inflicted on the cultural sector and put it in front of everyone’s eyes.

Arturo Galansino, General Director of the Palazzo Strozzi Foundation explained how “ JR’s new work represents a strong signal of reflection on the difficult conditions of access to culture in the era of Covid-19 but at the same time an opportunity for a new involvement of the public in the name of values ​​such as freedom, creative imagination and participation. In the current difficulty of offering opportunities for the enjoyment of art in traditional spaces, the choice to create a work visible to anyone on the façade of Palazzo Strozzi becomes an invitation to rediscover a direct relationship with art and a solicitation for new forms of sharing and participation”.

Palazzo Strozzi in conjunction with the inauguration of the work has also organized other online activities for its visitors in order to allow interaction with the wound.

JR’s installation is part of a larger project, the Palazzo Strozzi Future Art, born from the collaboration with Andy Bianchedi and in memory of Hillary Merkus Recordati.

If “Wound” is the title of the artist’s installation, the message it wants to convey is the usability of art and the its hope is the participation of the public who, hopefully, will become active and involved again.