Relics of the future by Daniel Arsham 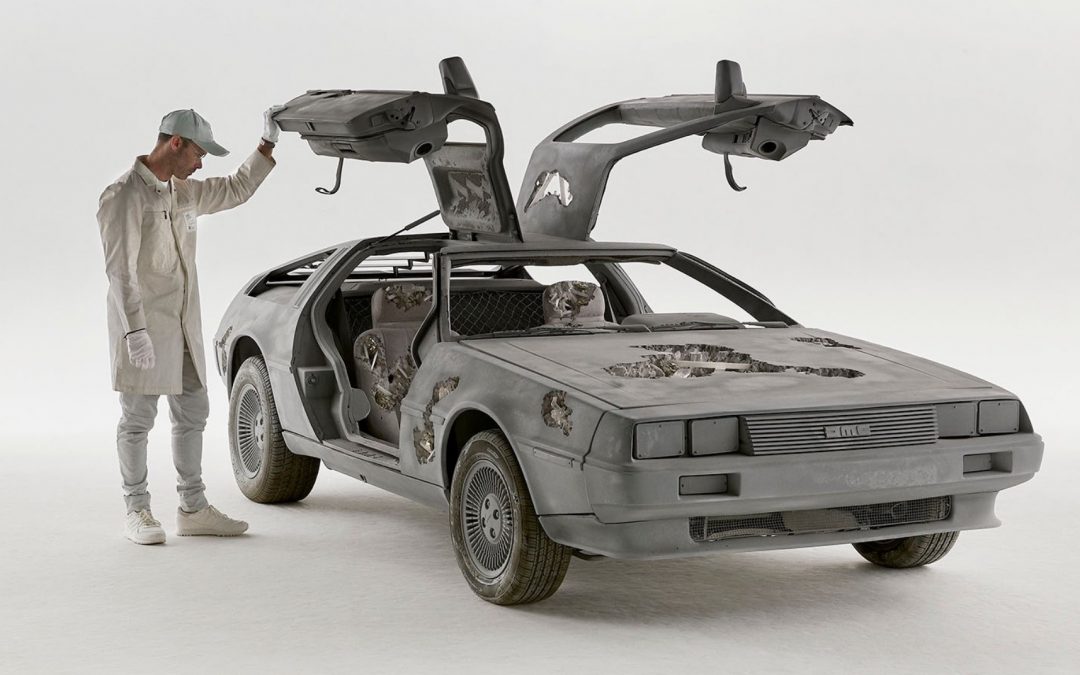 Relics of the future by Daniel Arsham

The theme of time and deterioration of objects is often recalled in his sculptural works, which catapult the viewer into a future where the media we use today are old, damaged, corroded by calamities and time.

Eroded casts of modern artifacts and contemporary human figures are skillfully made by the artist using geological materials such as sand, selenite, or volcanic ash, so that they appear as if they have just been brought to light, after having been buried for centuries. 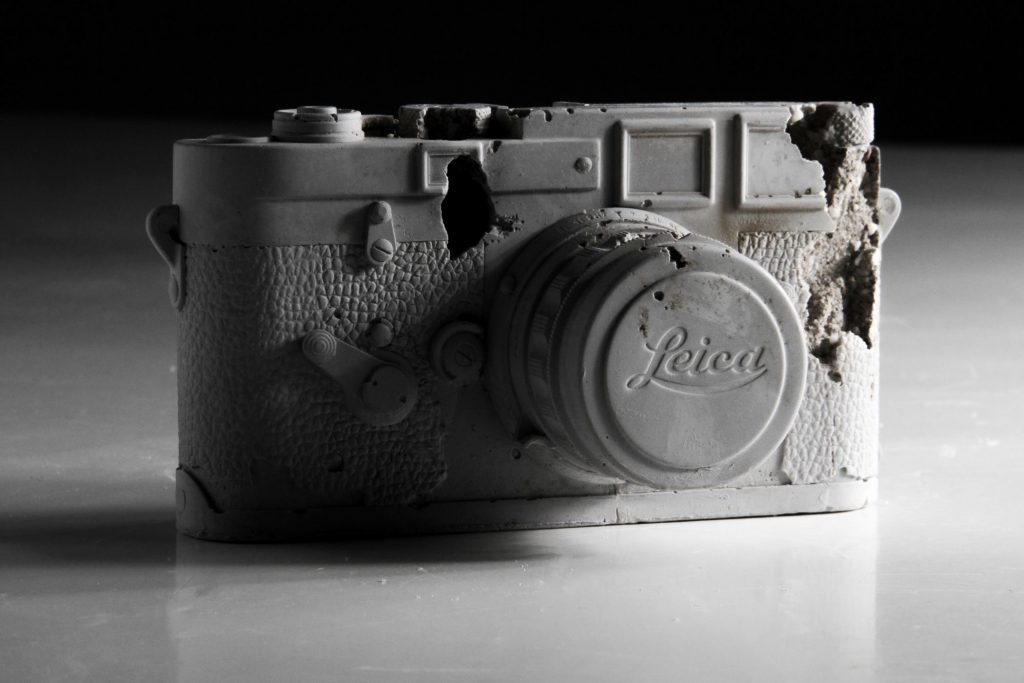 Most of his works are technological objects, which prove the technical obsolescence of the 2000s: they are upstream designed to have a limited life cycle.

Between romanticism and pop art, Arsham launched his “Future Relics” project in 2013.

He thus focuses on everyday products such as mobile phones, cameras and watches, presenting them as decaying artifacts. For the viewer, these become a reminder: the moment flees and the present is incessantly wearing out.
Arsham states that his works “create ruptures in time, expand and collapse it, taking us outside of our present moment”

In this way, he evokes a true love story between past, present and future, creating a union between the three moments. 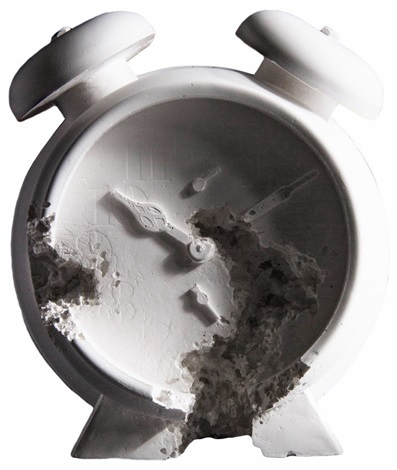 The clock is the object to which the artist is most attracted because it is the only one capable of marking the passage of time which is forced and corroded through his sculptures,. In this regard, Arsham says  that creating this representation is “like playing at being God”.

The artist proposes a dystopian future, which, however, appears as at the same time extremely tangible.