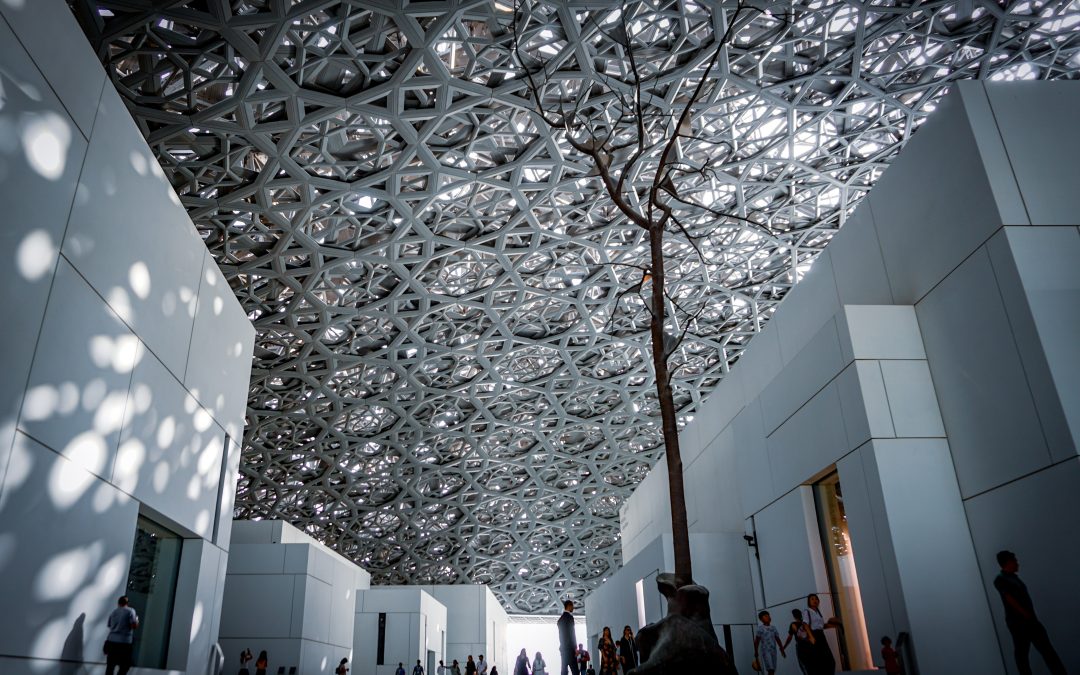 Over the past few years Abu Dhabi, the capital city of the United Arab Emirates, has been the object of several debates because of its will to invest many resources in a new museum complex.

Abu Dhabi’s great investment started taking shape in the first years of the 21th century and it’s still constantly expanding thanks to many international collaborations.
Two are the Western realities that are now becoming an important part of the Arabian Peninsula thanks to two archistars’ projects. 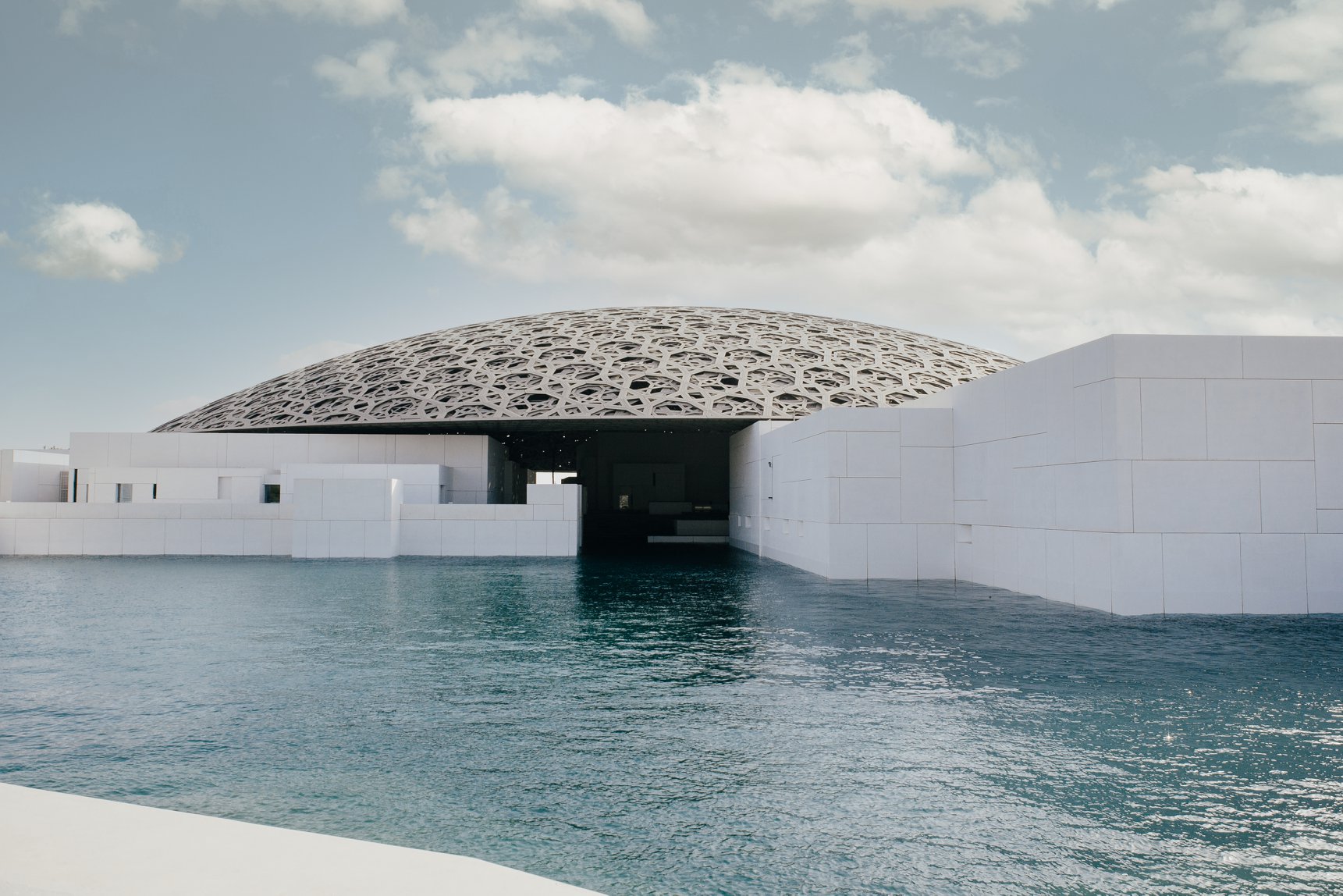 The Louvre, projected starting from 2005 by Jean Nouvel and inaugurated in 2017, is part of Saadiyat Island’s museum complex.
It’s not to be confused with the Parisian Louvre, from which it is 7000 km apart and with whom in 2007 made a thirty-year agreement for the name’s loan and for whom the Emirates’ government paid 525 million dollars for this loan.

This partnership aims to create a greater awareness of art and architecture, a constant cultural and economic progress inside the Arabian Peninsula.
This agreement between the two had the intent to internationalise the artistic world and especially to strengthen the bond between France and the United Arab Emirates.

As his french homonymous, even Abu Dhabi’s Louvre aims to create cultural links with collections starting from Mesopotamia and universal religions to commercial trades all over the world. 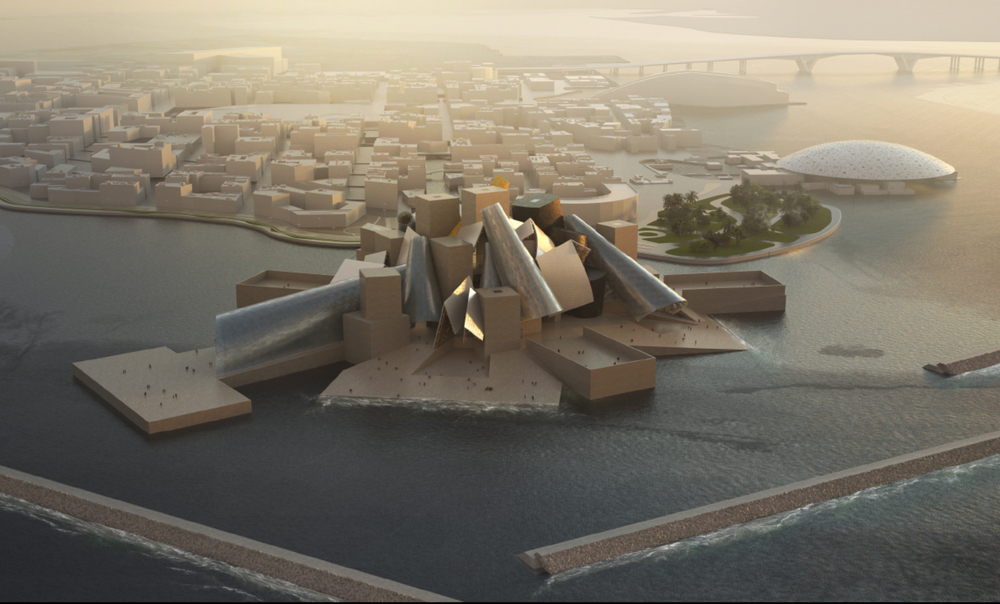 In the same museum complex, from 2006 a project curated by Frank Gehry is taking shape for the opening of Abu Dhabi’s Guggenheim Museum, which will open in 2026.

The project reminds us of Bilbao’s Guggenheim Museum, full of innovative and bright elements, also created by Gehry.
Frank Gehry exhibits here a project that calls to mind the futuristic movement such as Boccioni’s “Forme uniche della continuità nello spazio” with metal and glass inserts.
The whole aims to assimilate to the Arab landscapes with golden shades and reflexes.

It deals with a building that aspires to analyse the light as a constructive element, with glass bridges that link several museum’s rooms with one another and invite visitors to discover and follow the light.
Gehry himself defines the building as “intentionally messy, moving into clarity”, making room for consideration about light and clearness.
The building will be bigger than the homonymous Guggenheim of New York and will host 12 thousand square metres of exhibiting spaces.

Furthermore to this project will be added a restoration lab, a centre for arts and technology and an Arab, Islamic and Middle Eastern contemporary culture centre. 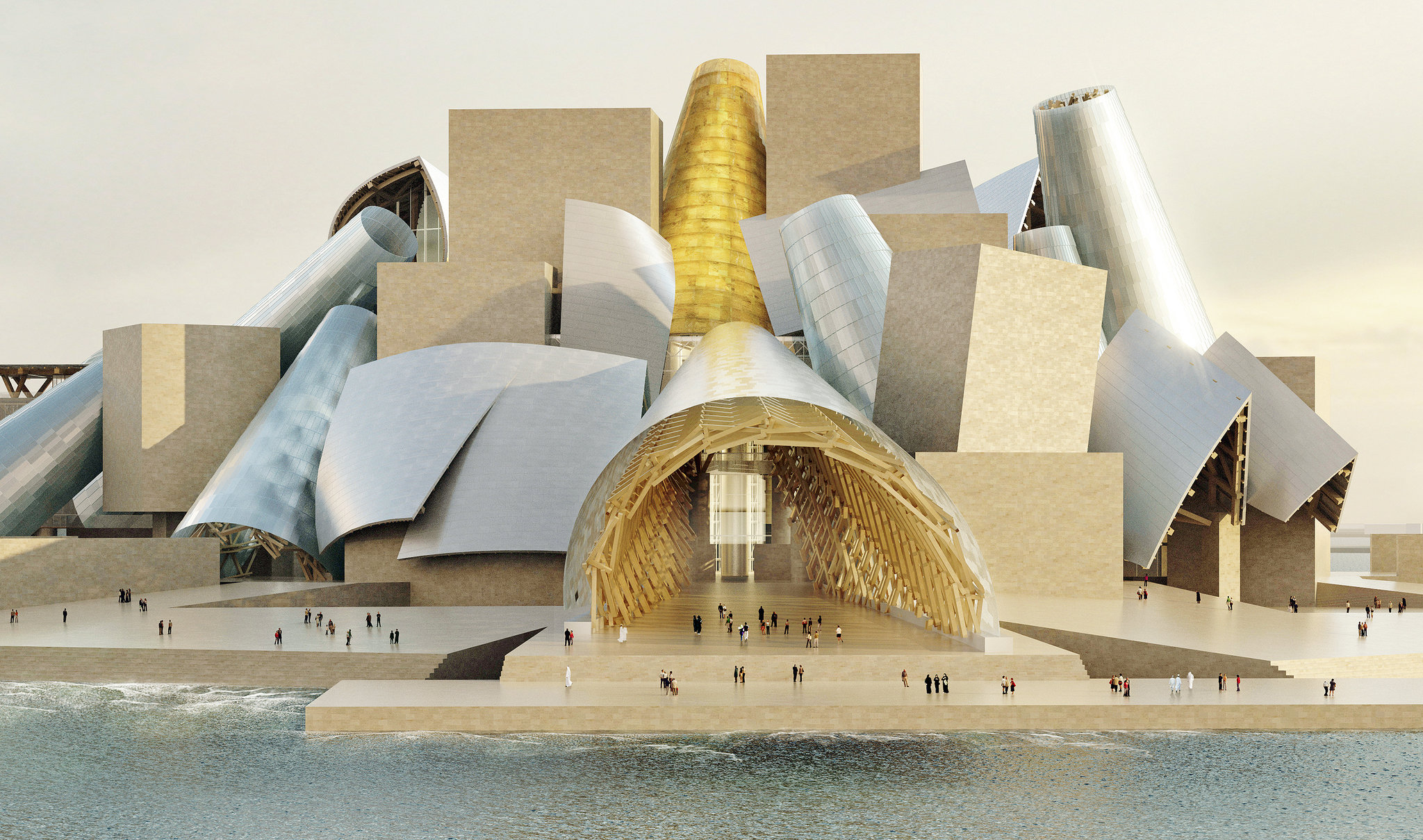 Inside the Saadiyat Island’s complex will be built a Performing Arts Centre curated by Zaha Hadid that will have a capacity of 6300 people and will host many theatres for every genre of performing arts. The building will remind us of Hadid’s style and her characteristic sinuosity, which will be recalled by Tadao Ando in his Maritime Museum.

Ando wants to celebrate Abu Dhabi’s maritime inheritance and its long relation with the water element.
This museum will stand on an artificial pond. It will have a simple and essential shape where light and clearness will be the main characters.