The amazement behind the routine with Giulia Bernardelli

The amazement behind the routine with Giulia Bernardelli

It is said that beauty lies in the simplicity of gestures, of those small daily ceremonies which, perhaps, even if completely involuntarily, in the end create a ritual, almost a magic. Among these rites, having to choose one and moved by a slight patriotism, preparing coffee could be the first: the moka pot, water, coffee powder, the waiting on the stove.

Giulia Bernardelli, on Instagram @Bernulia, has transformed this ritual into art and has been defined as the coffee magician: with the latter she creates, in a refined and elegant way, small masterpieces but all made on a table or surface, never on paper . The idea of these compositions, according to her own admission, was born by chance one morning, when preparing a coffee, it spilled on the table creating a stain.

Giulia, out of habit, would have cleaned that stain but that morning something went differently: guided by the slowness of the moment, in a sort of meditation due – perhaps – to laziness, she began to look at it.

The coffee was there, still, the involuntary result of a moment of distraction.

Giulia decided to give movement to that stillness by starting to draw: a world opened from a cup of coffee and then that same world found new declinations in the shapes and colors of other “simple” elements, such as leaves or even the vegetables. 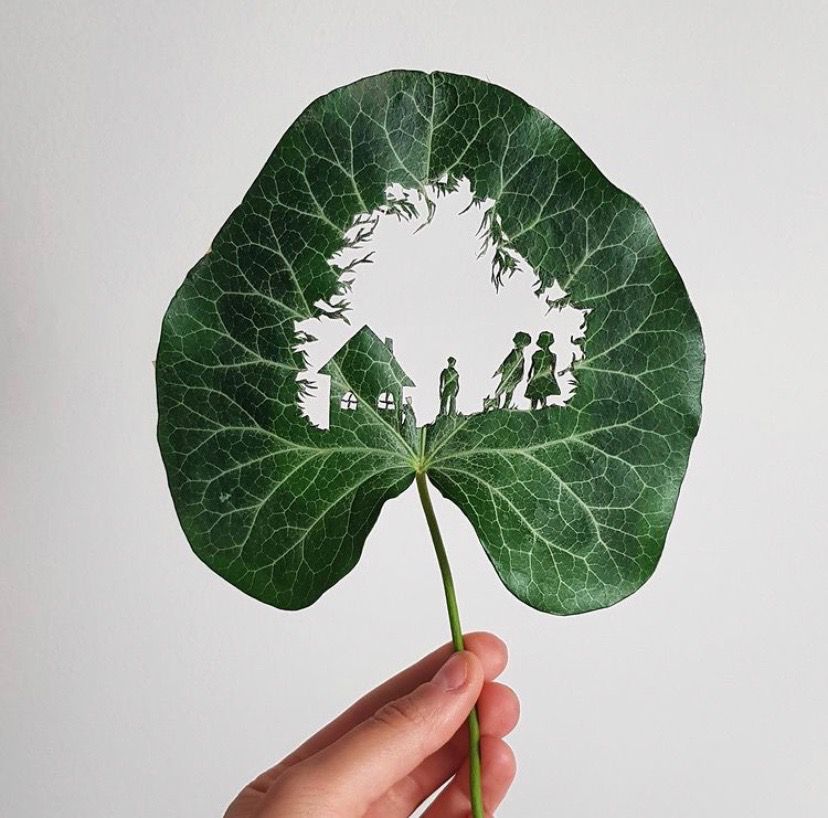 From coffee to nature, both with things to tell which are relying on Giulia, who does justice to them in an excellent way: she reflects on an element that will then guide her towards the final result, which in turn is not just a drawing but it hides a deeper meaning and releases a true and authentic beauty that manages to “make the eyes and the heart rest”, as the artist explained in his speech at TedX in Mantua in May 2019 entitled The art of making things talk.

And so it is, Giulia was able to capture the amazement behind her routine, changing her life forever and that of all those who, after seeing one of her works, will have a coffee.