The baroness with the brush: Tamara de Lempicka 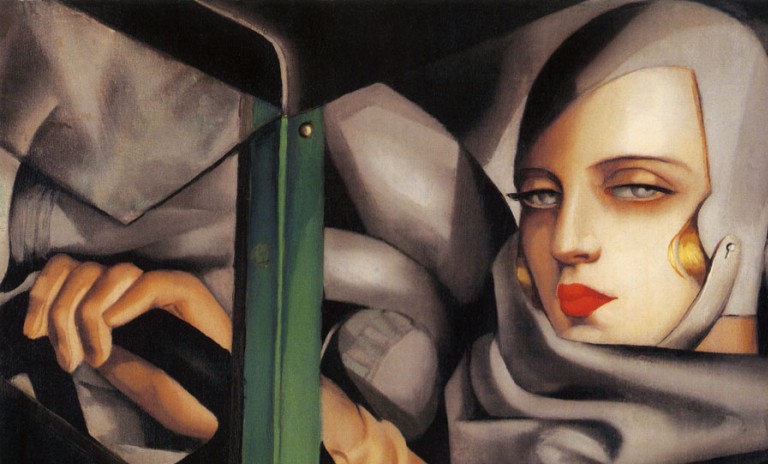 The baroness with the brush: Tamara de Lempicka

Her life is marked by a continuous climb towards success, not so much artistic but rather frivolous: Tamara de Lempicka is the icon of the Parisian “Roaring Twenties”, she manages to build a character who becomes the emblem of an era.

Her nature already emerges from her biographical information: her real name is Maria Gurwik-Górska, she said she was born in 1902 instead of 1898, and it is in doubt whether in Warsaw or in Moscow; she claimed that her father ran away when he committed suicide.
At a very young age, together with her grandmother, she made her first trips to Italy and France and then she moved to an aunt in St. Petersburg: here she made her entry into society, so that she met and married the lawyer Tadeusz Łempicki (after having conquered him during a party where she had gone dressed as a peasant, with some live geese in tow).

Due to her husband’s counterrevolutionary militancy during the Russian revolution, they are forced to escape and take refuge in Paris: here Tamara concretely begins her artistic career by attending the Académie de la Grande Chaumière and taking lessons from Maurice Denis (exponent of the post-impressionist group Nabis) and André Lhote (cubist).

Starting from here, she elaborates a unique and very personal style, which is commonly included under the Art Decò label, but which is largely affected by the post-cubist influences softened by neoclassical nuances: her artistic presence is officially recognized in 1922, with her participation in the Salon d’Automne.

“I try to live and create in such a way as to give the mark of modern times both to my life and to my artworks”: her rise has begun, and it is accompanied by an intense lifestyle in which unscrupulousness, transgression and independence prevail. She is openly bisexual, she is lengthily courted by D’Annunzio who hoped to include her among his lovers (but her only intention was to portray him). She divorces her husband and marries Baron Kuffner who was her lover and, thanks to him, she obtains the noble title confirming her appearance to the much coveted high society. 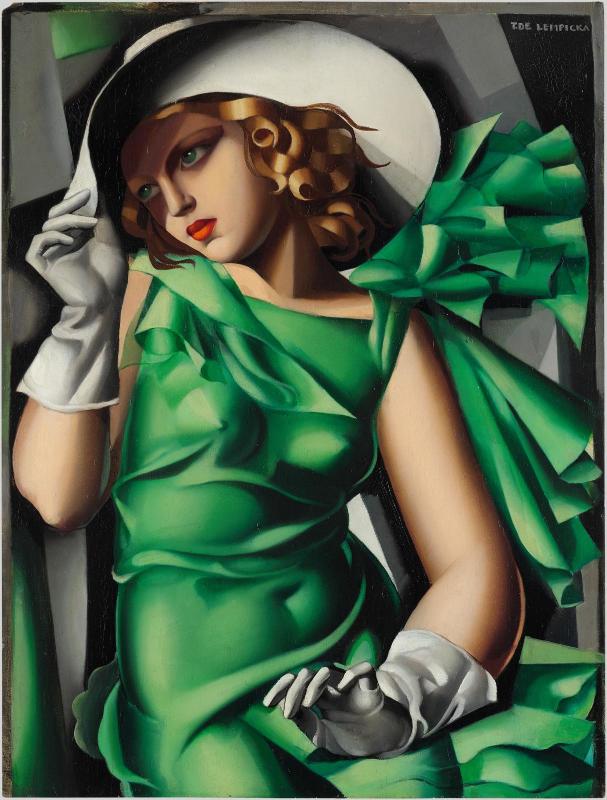 Her favorite subjects are women, modern Venus, portrayed as distant and unreachable but at the same time erotic and provocative, immersed in their thoughts: they are all different from each other but they all have something in common, that is the expression of her essence, in each of them there is also a part of her.
These paintings are comparable to the photographs that could be seen in fashion magazines every day, with an incredible attention to details: on a stylistic level, her innovation with respect to the dominant currents is evident. The outlines are precise, the flat backgrounds, the vivid colors, the light and the shadows model plastic bodies at the limit of deformation.

With the advent of the Second World War she is forced to move with her second husband to the United States: here her success is confirmed once again, but it is accompanied by a physical and psychological failure. Depression had always accompanied her, even if it was hidden behind the glare of worldliness, but now also her production starts to change: over the years it veers towards surrealism, towards more religious subjects up to an abstractionist turn in which she replaces the brush with the spatula.

These progressive changes are not well received by critics, and she decides not to exhibit her works anymore: her life ends in Mexico in 1980, where she had moved a few years earlier, with her ashes scattered on the Popocatépetl volcano as she required.

“I live life in the margins of society, and the rules of normal society don’t apply to those who live on the fringe”: Tamara de Lempicka becomes the symbol of twentieth-century women’s emancipation, her name is not connected to her husbands but she is remembered for her life and her art.