The charm and reflection of Middle Eastern contemporary art 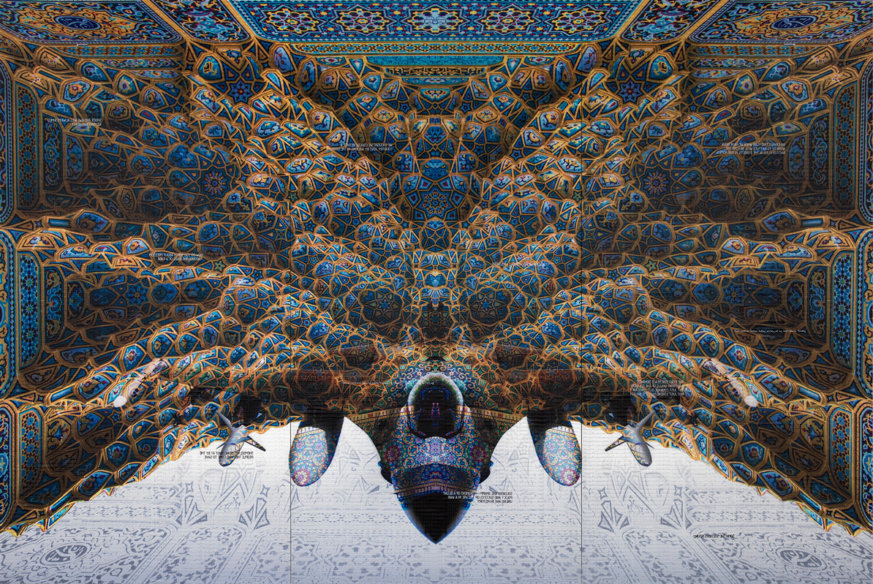 The charm and reflection of Middle Eastern contemporary art

The Arab world proves to be always a real gold mine even when it comes to art, not only by referring to the first centuries of artistic production: in fact there are numerous different artistic exponents of great fame who take inspiration from key points of tradition.

Let’s start from the origins of figuration in the Middle Eastern tradition: Osman Hamdi, an artist of the mid-nineteenth century, in his paintings is inspired by the style of the European world to represent traditional scenes of Arab daily life. This European research is visible, for example, in “The Persian carpet seller on the street (1888)”, where we find the so-called “orientalist manner” which evidently refers to a painting by the French Gérôme, “The carpet merchant in Cairo” (1887), Who with Gustave Boulanger are considered to be his masters – known during his stay in Paris. 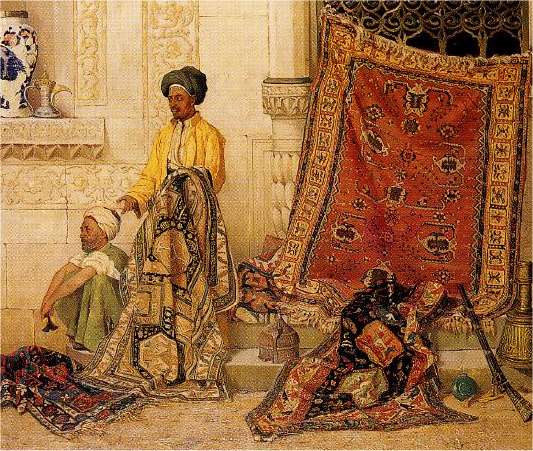 Osman Hamdi stands out for being the first Arab artist linked to the representation of the figure, without however neglecting a great attention to decoration and architecture. He is also remembered for his role in the field of archeology and the role of the museum curator: he is in fact the founder of the Istanbul Archeological Museums.

Returning to today, Mounir Fatmi is a contemporary artist of Moroccan origin who analyzes his culture and in particular his religion, through videos and installations but also through drawing and painting. In recent years he has concentrated on the study and research of the carpets usually used for prayer. In fact, in 2010 he created “Maximum Sensation 51” where he transforms a carpet into a skateboard as a reflection “on resilience and resistance in the art of our time”.

He wants to lead those who observe his art to reflect and question common beliefs and thoughts, with particular attention also dedicated to consumerism that denotes today’s society. 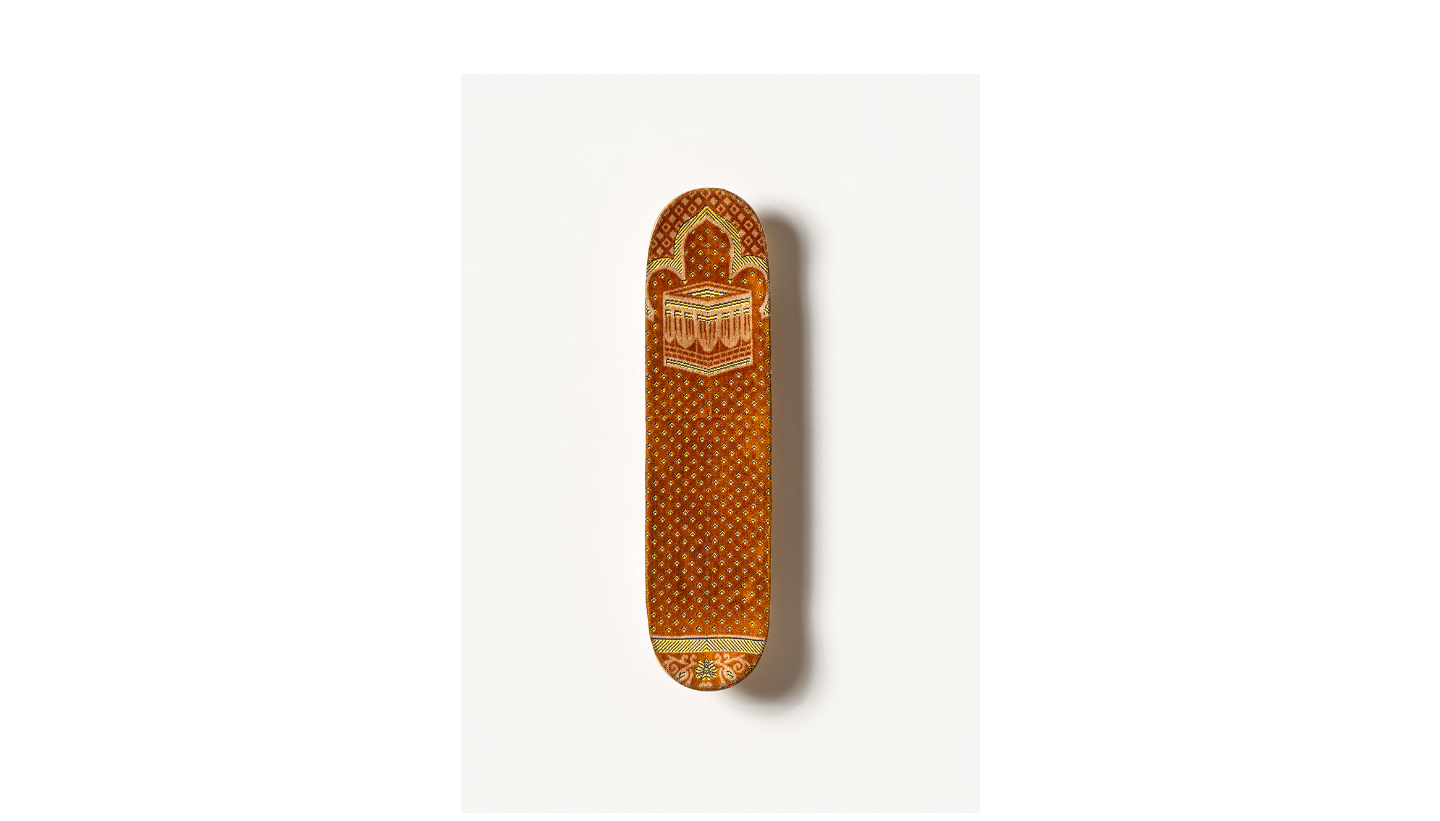 The figure of Abdulnasser Gharem is also fundamental for the artistic and cultural scenario, not only for his artistic practice but also for the function he played in the birth of the Edge of Arabia platform, created to encourage meeting and exchange between the world. Western and Middle Eastern – an end that intersects with that of Gharem Studio, in turn created to offer opportunities, training, residences to artists from the Muslim world.

In 2011, as part of the charity auction that saw Christie’s collaboration with Edge of Arabia, his work “Message / Messenger” had stood out among all, reaching the figure of $ 842,500 which made him the most expensive living Arab artist. auction. 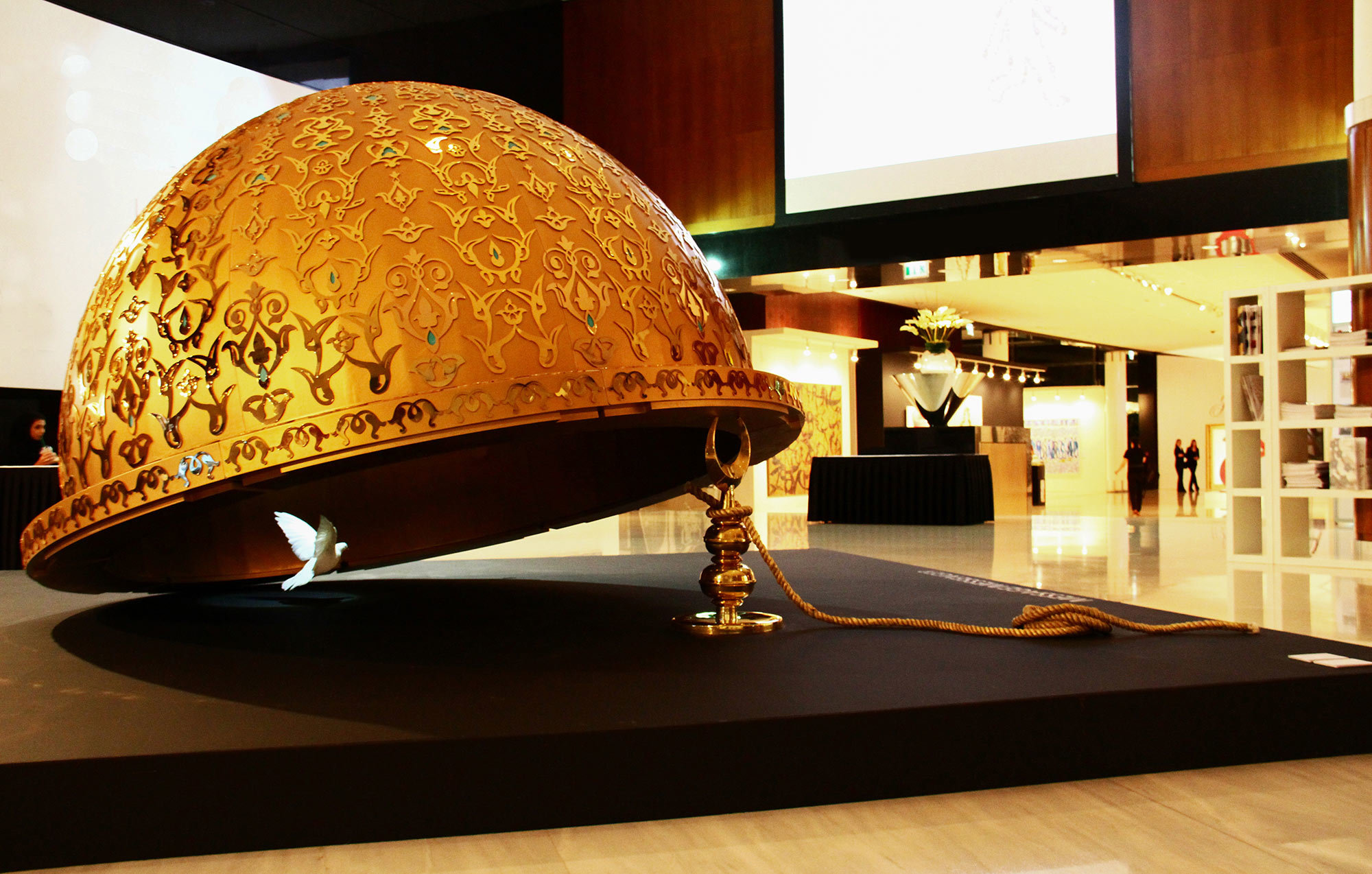