“The human mind is comparable to a butterfly that takes on the color of the leaves on which it rests. We become what we contemplate”
#PhilosophicalWednesday #16 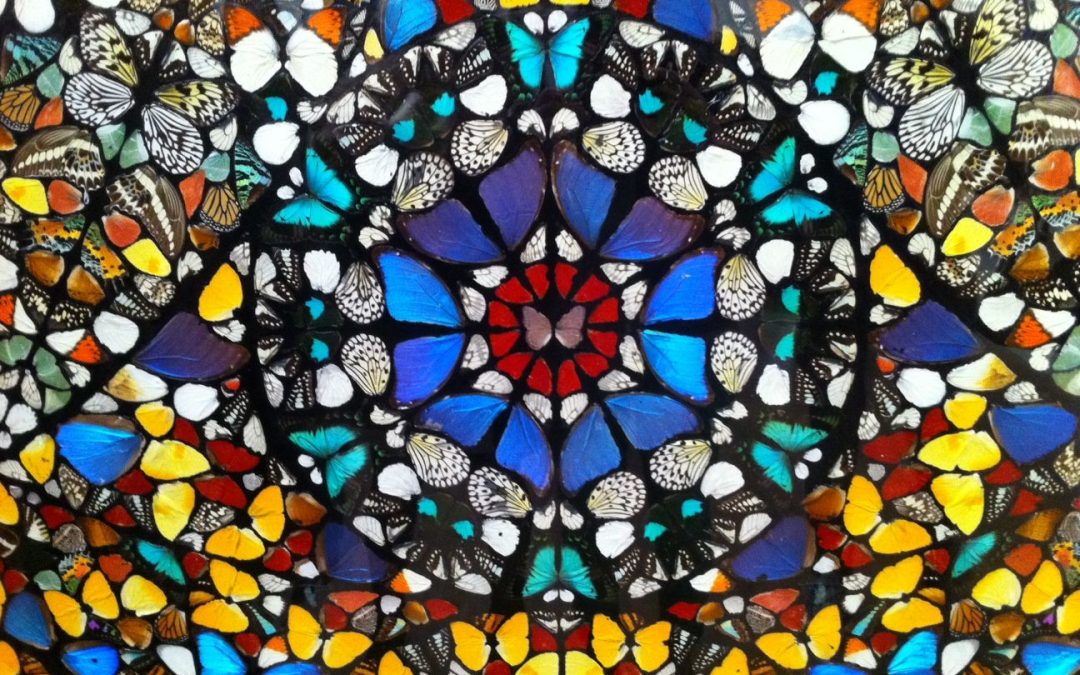 “The human mind is comparable to a butterfly that takes on the color of the leaves on which it rests. We become what we contemplate”
#PhilosophicalWednesday #16

“The human mind is comparable to a butterfly that takes on the color of the leaves on which it rests. We become what we contemplate”

Damien Hirst is the (contemporary) father of butterflies. In fact, he made a passion, or an obsession, of the graceful winged animals: he himself defines them as a universal trigger, arguing that everyone loves them. They are the highest expression of his fixation for nature, in their representing the fragility of life, but they also become a means for deeper reflections. 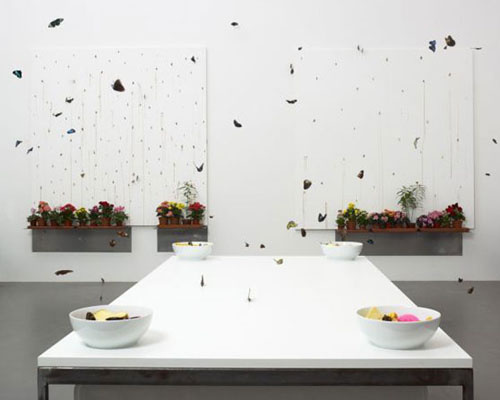 Damien Hirst, In and Out of Love, Tate Modern – Courtesy Enquire

Returning and returning in different series of works over the years, I have obviously also been the subject of numerous controversies, but we would not have expected anything else from the enfant terrible: in the first retrospective dedicated to him at the Tate Modern in London, “In and Out of Love “gathered together hundreds and hundreds of butterflies, which (unfortunately) during the event inevitably went to die and then be replaced. This massacre of about 9 thousand specimens had therefore not made the associations for the protection of animals very happy. 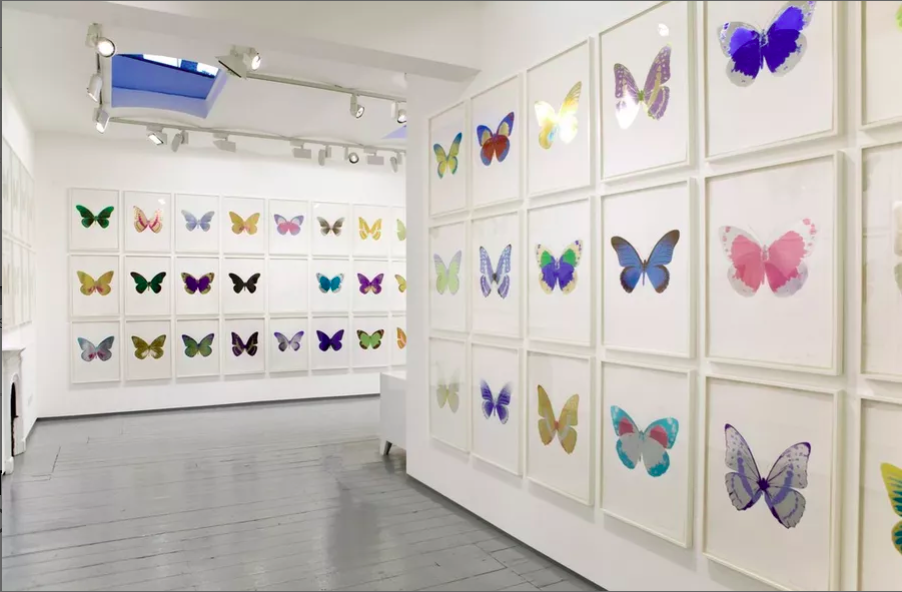 In “The Souls”, the fascination arises from the fact that these animals appear as alive even at the moment of their death, for the objects of light they produce: they thus become a means of reflection on mortality but also on spirituality, with an aura of contemplation that is released from their thousand colors.

Kaleidoscopic are the patterns that are created in “The Aspects”, as well as in “Psalms”, with evident references to typically Gothic windows, therefore connected to the more classical Christian religion, but also to Hindu and Buddhist mandalas. 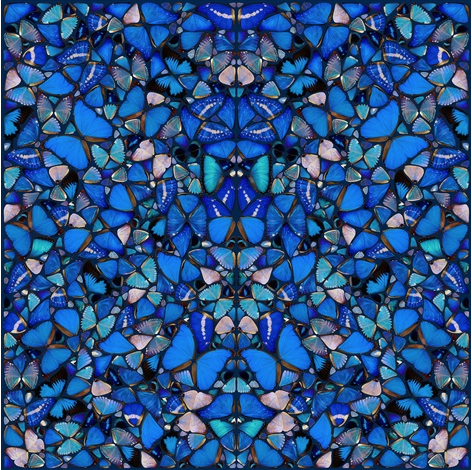 The multicolored wings celebrate the splendor of life but together they are a memento mori, which constantly reminds us that this life and this beauty are destined to end.