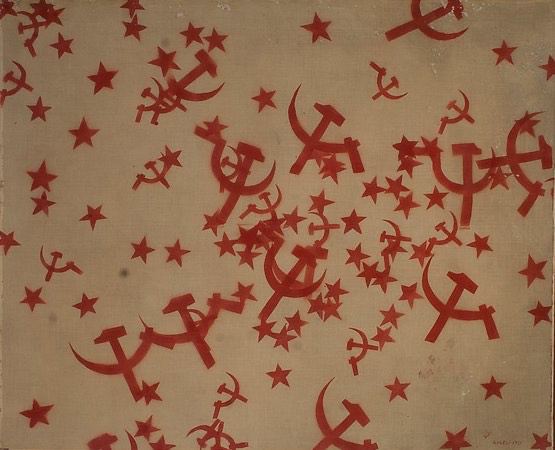 Through these years he is called to serve and when he comes back he meets Edgardo Mannucci, main sculptor of the Italian informal plastic art. 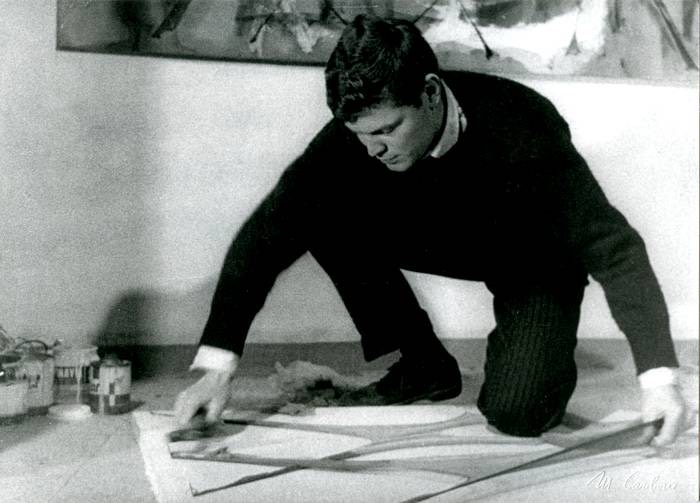 In 1960, after meeting Pierre Restany, he presents his first personal exposition at La Salita Gallery, in Rome. Here he exhibits a series of informal works made with nylon tights, bandages and oil paints.

In the same year he meets artists like Mario Schifano and Giuseppe Uncini.

Pierre Restany is a strong and essential presence during his career. In 1963 he exhibits at Galerie J in Paris, during the exhibition curated by Restany himself, with artists like Christo, Kudo, Todd and others. 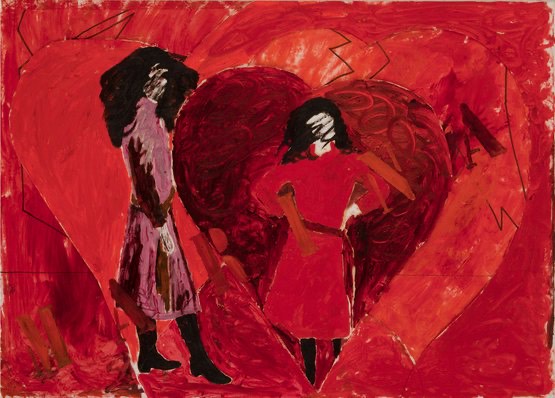 In 1967 he takes part in the “Festival dei Due Mondi of Spoleto”, where he meets Marina Ripa di Meana and at whom he will dedicate a series of five works in 1970, such as Marina estensione infantile del sentimento and Marina Mia. He also takes some pictures of her during their relationship, that have been put on auction in 2021. 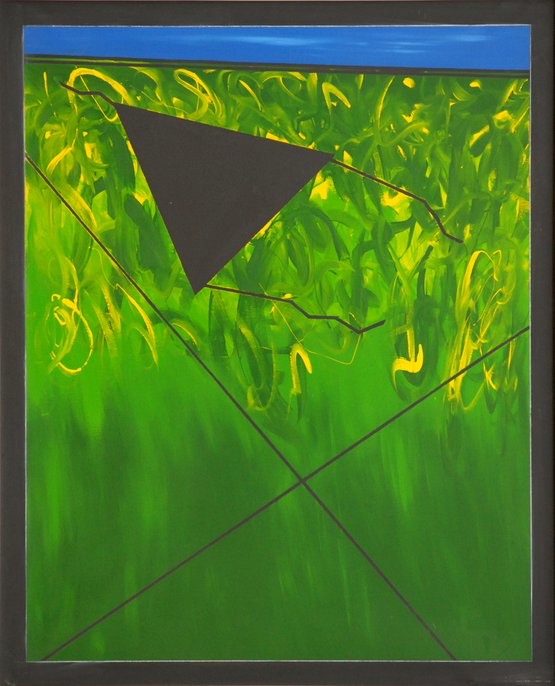