Through Rachel Maclean’s eyes: from Velázquez to the selfies’ era 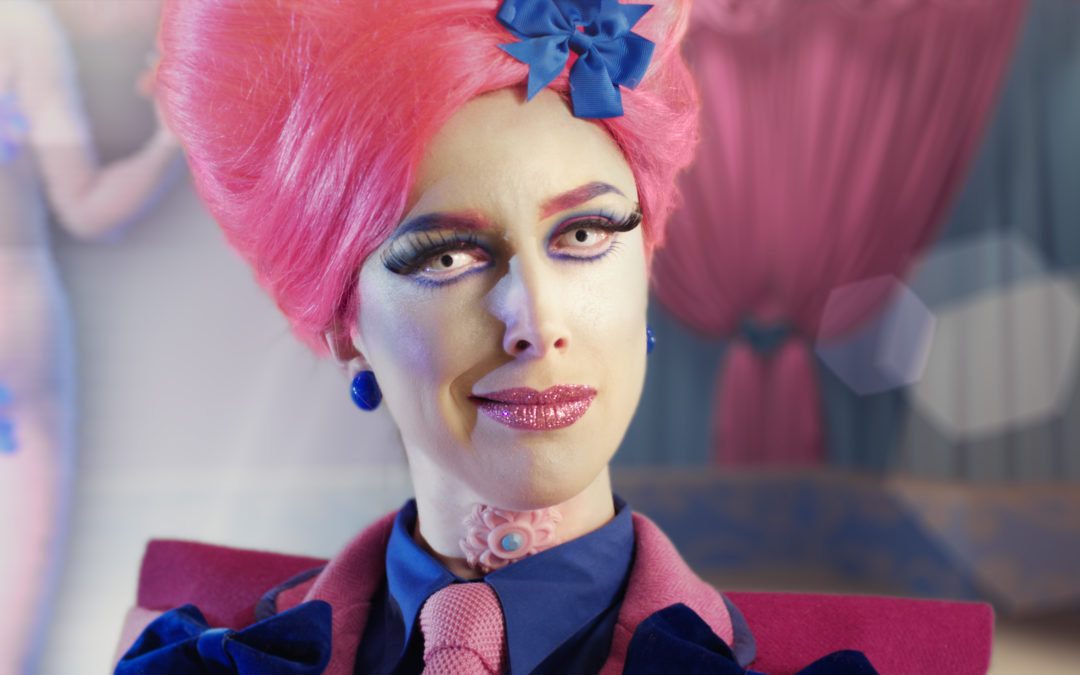 Through Rachel Maclean’s eyes: from Velázquez to the selfies’ era

What if we told you that there is a parallel universe of exuberant costumes, bright colors and fantastic characters, would you believe it?

If you don’t trust us, Rachel Maclean will convince you.

She is a Scottish artist, born in 1987, with an enviable curriculum and is the creator of this magical world in which she plays the role of her alter egos: Rachel masks herself, puts on makeup and gives life to beings halfway between the human and aliens who represent – according to her – a fantastic version of the adult world. The artist observes the reality around her and transforms it until a point of distortion, making the viewers feel unsettled.

Within her current rich production, an interesting project – even if from 2018 – is Make me up. 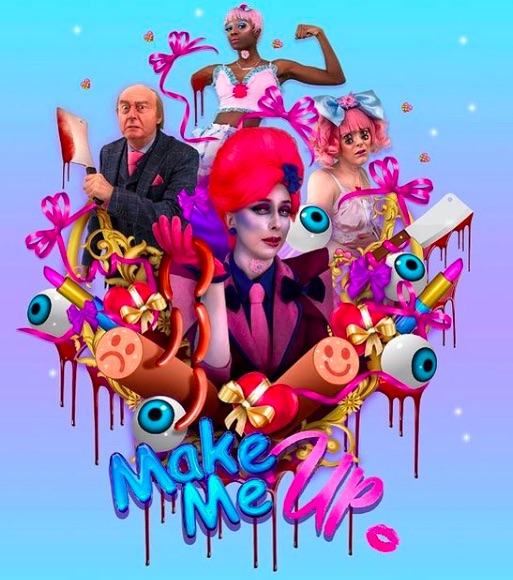 Even if this is a historical period in which women are taking the lead (fortunately) and fighting for gender equality, men still looks at the fairer sex and will continue to do so.

Here it is that in Make me up the gaze becomes a fundamental element of artistic research.

The artist, speaking about it in an intervention on the Youtube channel of Heni Talks, pauses to reflect on the change of the male gaze towards the image and the female body. Furthermore, in a social context such as the current one, in which information and communication are visually conveyed, sight is an essential tool.

Historically, painting is the first object on which the male gaze focuses and through which it elaborates the female ideal, after all, painters have always represented women according to their way of perceiving them.

Maclean in Make me up inserts Venus and Cupid (Venus Rokeby) by Velázquez, wich depicts the naked goddess from behind while looking in the mirror. Not surprisingly, this masterpiece is known to have been the victim of an act of vandalism by a suffragette who did not like “the way men gawked at the artwork all day” and in 1914, armed with knife, tore through the canvas. 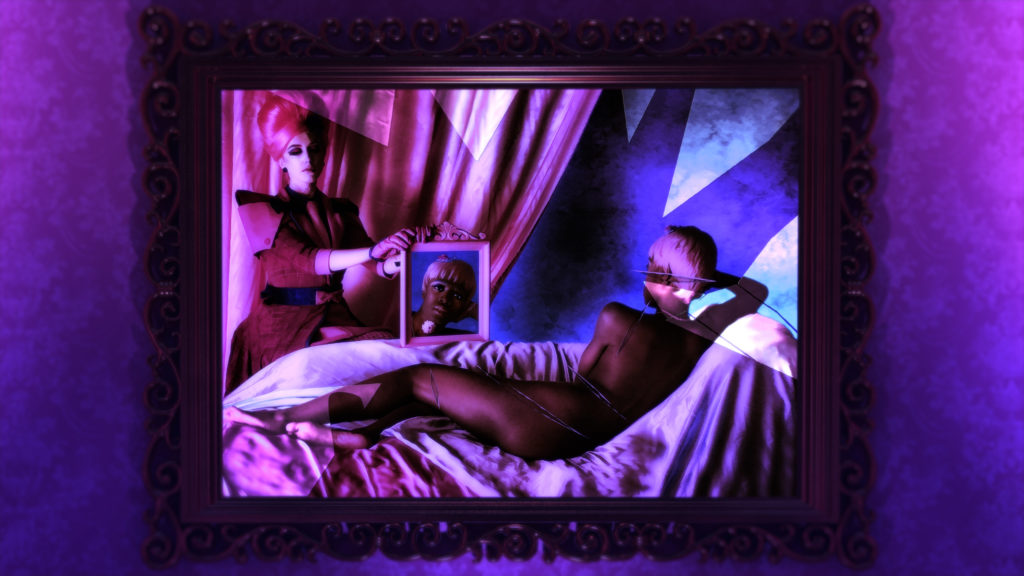 Venus and Cupid in Make me up – Courtesy of rachelmaclean.com Gallery

But what if the perspective changes? What if the gaze was from a camera?

Maclean, in her production, pays particular attention to the world of social media, to the now well-known and debated question of selfies and to the effects they have had and are still having, including, one above all, the change in the perception that one has of oneself and, as a domino effect, also that of others towards oneself. After all, we often take selfies to receive likes.

In any case, it is evident that in Maclean’s art we find a deliberate exaggeration and, in the end, what emerges from it is a utopian reality in which, for instance, there is also an extremeization of the concept of beauty (or at least of what is considered as such) which contemporary society seems to be obsessed with.