Yayoi Kusama: 90 years without hearing them 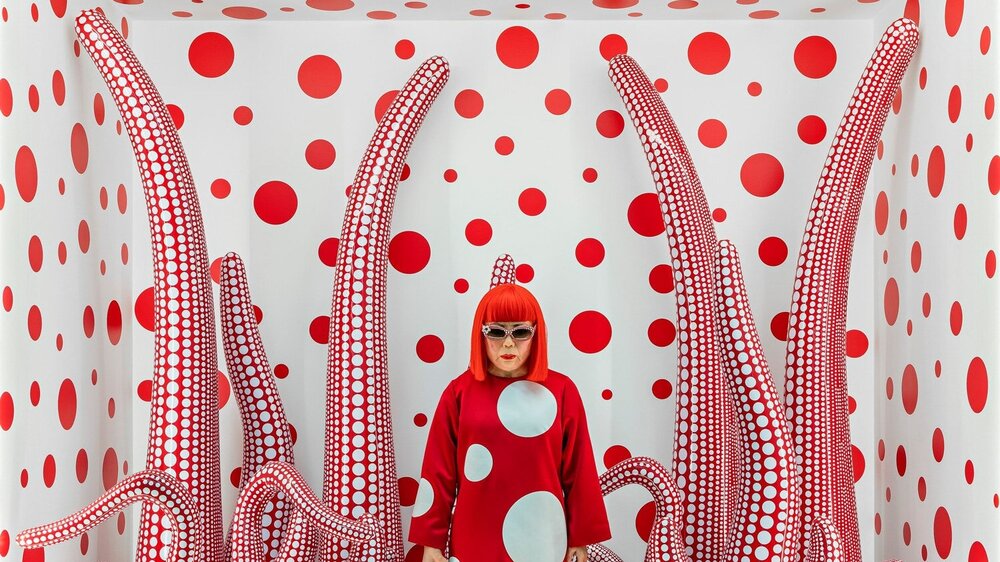 Yayoi Kusama: 90 years without hearing them

If it is true that not all evils come to harm, Yayoi Kusama (Matsumoto – Japan, 1929) seems to be right here to confirm it: almost 92 years and almost all of them have been devoted to art, an art that is born precisely from disorders that from a very young age caused her hallucinations, result of impressions from the surrounding world.

She remembers that, as a child, “one day I was looking at the red flower patterns of the tablecloth on a table, and when I looked up I saw the same pattern covering the ceiling, the windows, and the walls, and finally all over the room, my body and the universe. I felt as if I had begun to self-obliterate, to revolve in the infinity of endless time and the absoluteness of space, and be reduced to nothingness. As I realized it was actually happening and not just in my imagination, I was frightened”.

Yayoi Kusama, “Flowers that speak all about my heart given to the sky”, 2018
Courtesy Ota Fine Arts and Victoria Miro

Drawing and painting allow her to dominate her inner world and her restlessness, against which she finds herself fighting alone: her family is part of the Japanese high bourgeoisie, strongly traditionalist, her authoritarian mother stands out and hinders his passion while the figure of the father is almost absent because he is busy spending time with other women. This aspect will influence her artistic production, because it will instill in her a sort of phobia-obsession for sexuality.

Her works are therefore the product and antidote of her illness, and inevitably become her life. In particular, the famous dots that make her so recognizable have their genesis in another episode of hallucination during her childhood: she was in a field of flowers, which suddenly begin to speak to her and to multiply. These flowers appear to her as dots, which made her feel as if she were disappearing in an infinite field of points: from here comes her “self-obliteration”, a sort of annulment of herself and of the thought (“Polka dots are a way to infinity. When we obliterate nature and our bodies with polka dots, we become part of the unity of our environment’”). 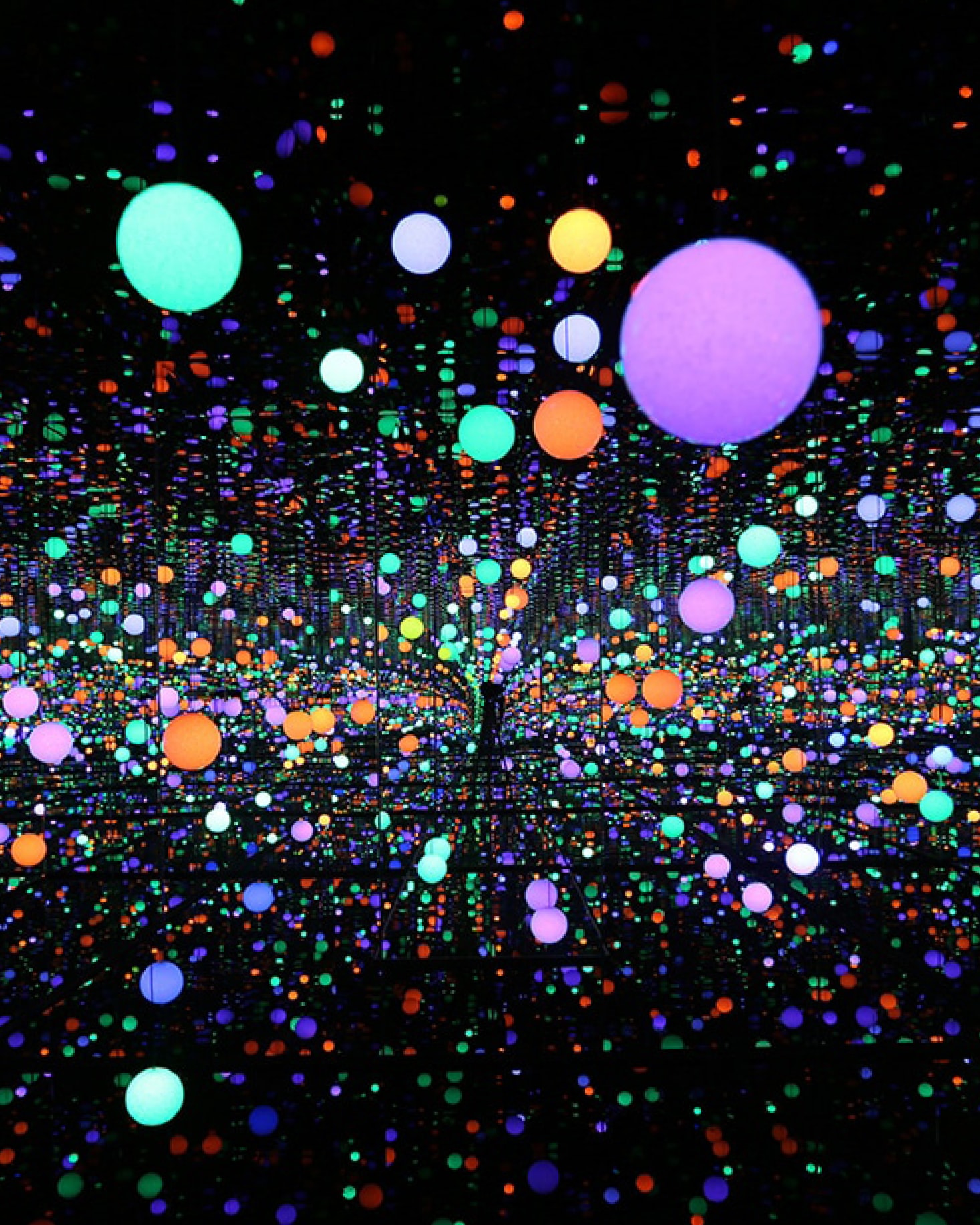 Despite the first signs of success she gets (her first solo exhibition is held in Matsumoto in 1952), she does not find that Japan is the right place for her, because of the society which is “too small, too servile, too feudalistic, and too scornful of women “.
She moved to the United States in the second half of the 1950s, also thanks to the support that the artist Georgia O’Keefee shows her. In New York she came into contact with some great artists of the time (in particular pop artists such as Andy Warhol, James Rosenquist and Claes Oldenburg) and exhibited in various galleries, even if accompanied by a sense of paranoia due to the fear that her works and her ideas are copied by more established men colleagues (that actually happens, even by Warhol himself, causing her to become increasingly depressed up to the attempt to commit suicide).

During her American, stay she gave birth to some of her artistic formats: from the two-dimensional nature of the Infinity Nets (the polka dot textures repeated endlessly first on the canvas and then beyond) she moved on to the creation of real soft sculptures; she creates the Infinity Mirror Rooms as a way to let others experience her self-obliteration through the gesture of endless repetition; and through the involvement of the hippie movement she dedicates to happenings initially linked to the sexual sphere and to politics.

In the ‘70s she decides to return to Japan, she is admitted to a hospital for mentally ill and then decides to live there voluntarily; she rents a studio close to it where she could continue working: “if it were not for art, I would have killed myself a long time ago”, she says.

She will also rediscover the interest in another subject which has a connection with her childhood (her family members were agriculture merchants) and has become another of her brands, the pumpkin, which enchants her with its charming and winsome form. “I love pumpkins because of their humorous form, warm feeling, and a human-like quality.” says Kusama, referring once again to one of her visions of a talking pumpkin.

Even today, she continues to produce by experimenting with media and formats as well as having dedicated herself to literature with the publication of novels, poems and her autobiography.
She is the protagonist of a very high artistic and media success, at an international level: relevant museum institutions have acquired her works while others host her permanent Infinity Rooms, in 2017 the Yayoi Kusama Museum was inaugurated in Tokyo, numerous are the personal exhibitions that involve her every year (in 2021 a large retrospective will be held at the Gropius Bau in Berlin and the New York Botanical Garden will host “Kusama: Cosmic Nature”), she is one of the most popular artists listed on the market.