A new handshake: the multifaceted meanings of Saype’s intervention in Venice 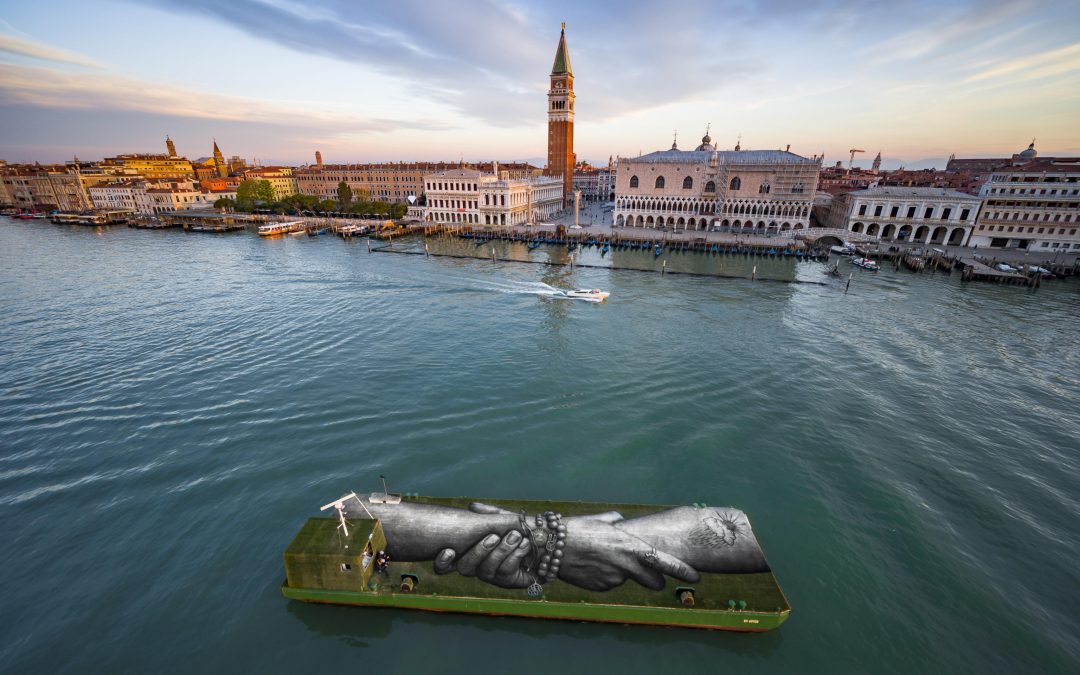 A new handshake: the multifaceted meanings of Saype’s intervention in Venice

Saype shortens the motto “Say Peace” in itself. In his ongoing project “Beyond Walls” a hymn to peace takes shape in that grasp between two hands, designed to create the largest human chain in the world. 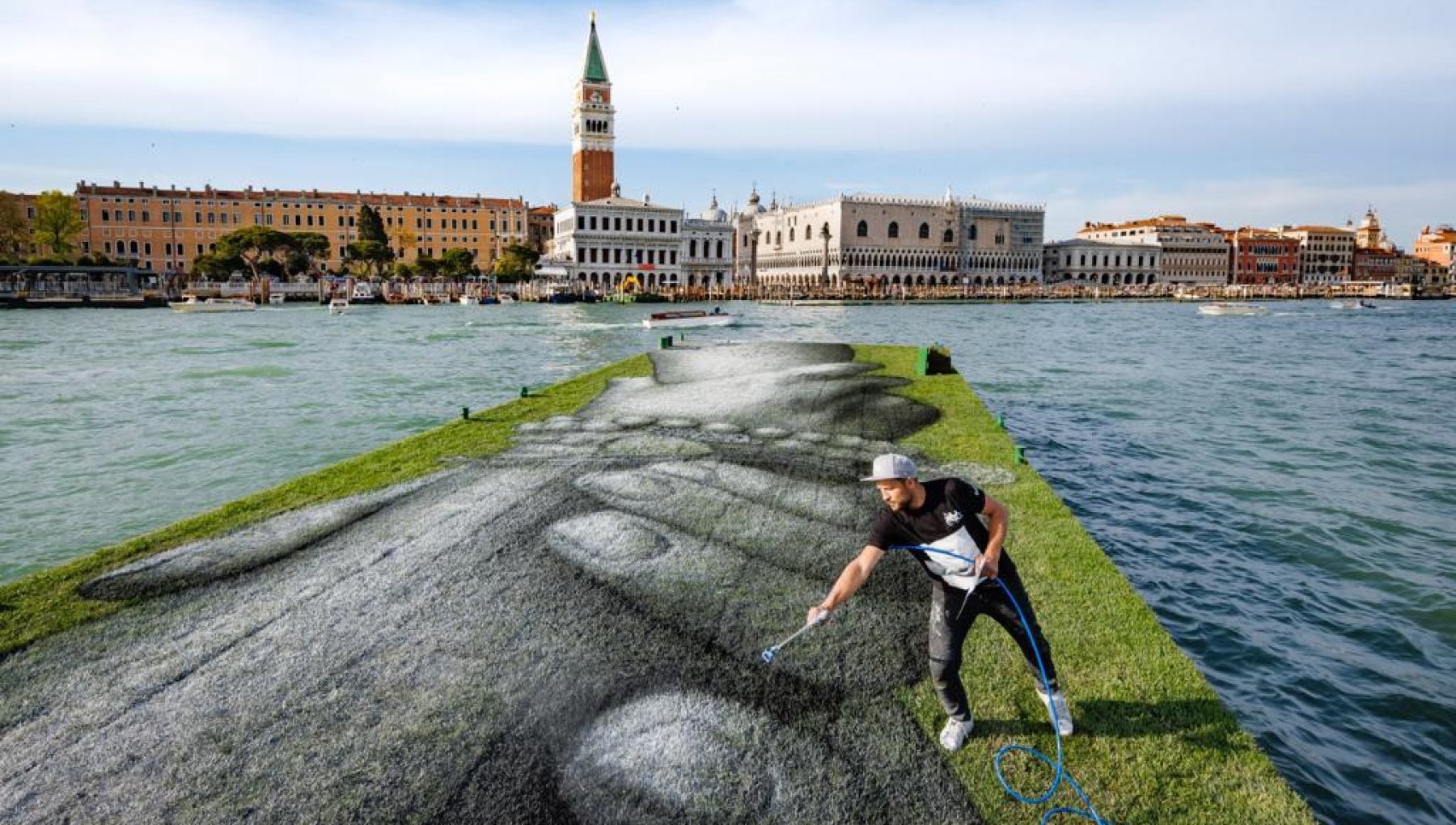 A background in street art, an influence of Buddhist literature and a curiosity for drones: thus he comes to an approach with what could be defined as a new form of land art, which consists in making immense grassy lawns real canvases, from fill with obviously biodegradable pigments. After numerous studies and attempts, the artist has in fact found the perfect materials to minimize the environmental impact: marble dust, coal, and rennet, which are actually “sprayed” by hand.

The reason for all this lies in wanting to send a message: Guillaume Legros is a highly integrated artist, and also personally involved in the great problems that affect his time and his world, with a past as a nurse and his activity as a inside the humanitarian association SOS Méditerranée. 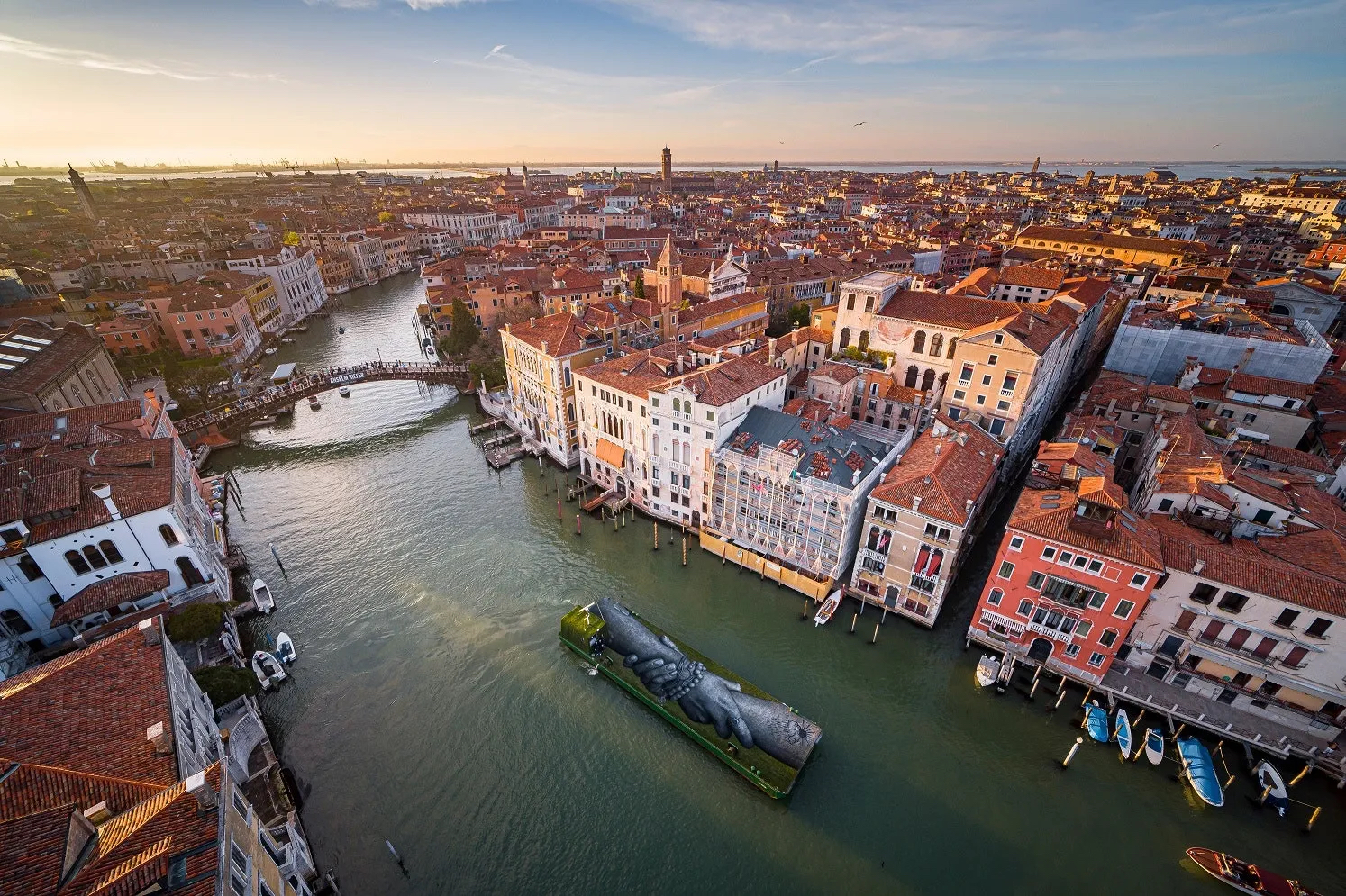 We had already presented him to you in the past, but in recent weeks his latest creation has been on everyone’s lips: on the occasion of the opening of the Biennale Arte, a large boat (a pontoon, to be precise) appeared in the canals of Venice, covered by the recognizable green expanse with both hands clasped together. Taking the occasion of the celebration of the Day dedicated to the Earth, this time the intervention was dedicated to the relationship between man and nature, to the climatic problems (and not) that afflict our planet, to respect for the environment, all with the collaboration of the Lavazza Group, which has always been sensitive to contemporary art and sustainability.

And always in support of the values underlying the project, the work, already ephemeral by nature, will be dismantled, the clods of earth will become part of the Biennale Gardens. 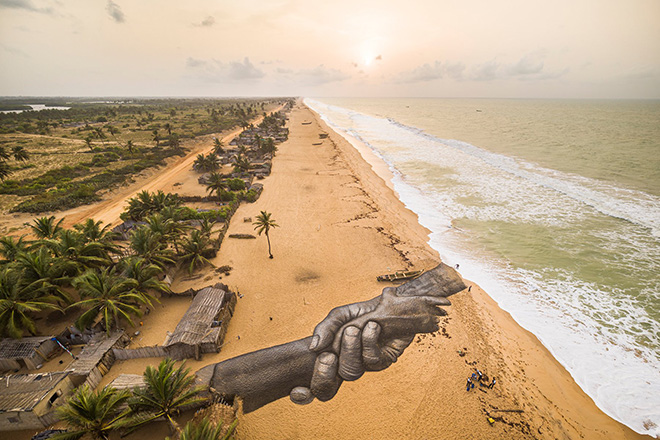 This is the twelfth stage of a journey that began in 2019 in Paris, at the foot of the Eiffel Tower, and which then moved around Europe and the world, maintaining the symbolic image of the handshake, which was based on to contexts and events, focusing on a message that is always new but always universal.

This trip saw capitals and large cities such as Berlin, Turin and Dubai as protagonists, but also more pristine spaces such as Andorra or Ouidah, in Benin, always integrating in the best possible way with interventions that leave a mark in the memory, not in the territory.