Art wears pink: I’ll show you what a woman can do 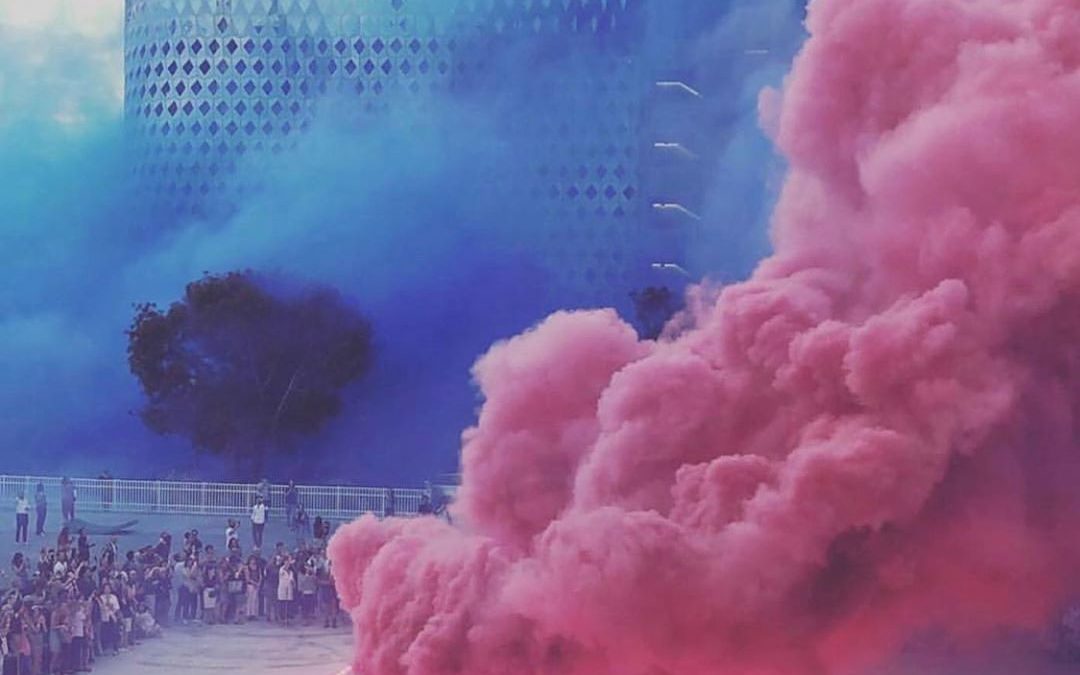 Art wears pink: I’ll show you what a woman can do

On November 25th, 2020, the docu-film about the life of Artemisia Gentileschi, the first “socially recognized” female painter , was released on Amazon Prime Video. Artemisia was born in Rome on the 8 of July 1593 and, following her father’s footsteps, who was an artist too, she approached the Caravaggio’s school becoming one of its main exponents.

We won’t stay here dwelling too much on her biography, which is still amazing for a woman who lived in her time and is worth investigating, but we will focus on a quote that made her (if possible) even more famous:“I’ll show you what a woman can do”. And so, at the time Artemisia already understood that women could have done so much and who knows how proud she would have been about the pink side, let’s call it that, that art adopted centuries after her birth. 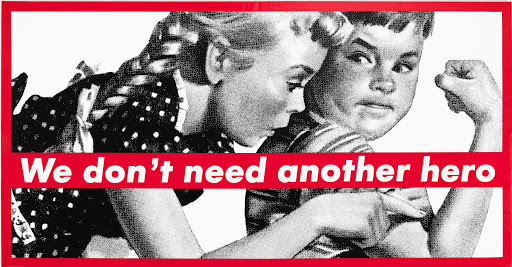 Saying hello to Artemisia, we now land in the sixties: a crucial period on the civil rights front, with raising protests against the Vietnam war and a general atmosphere of change.

It is precisely within this framework that the first female artists began to raise their voices with the aim of undermining an all-male based art system. The feminist movement, however, reaches its greatest notoriety in the 1980s when, after twenty years of experimentation, it managed to introduce innovative mediums into the art system such as Performance and Body art or Video Art itself. Leading exponents are Miriam Schapiro, Faith Ringgold, Judy Chicago, Carolee Schneemann, Martha Rosler, Barbara Kruger, Hannah Wilke, Ana Mendieta and Jenny Holzer. 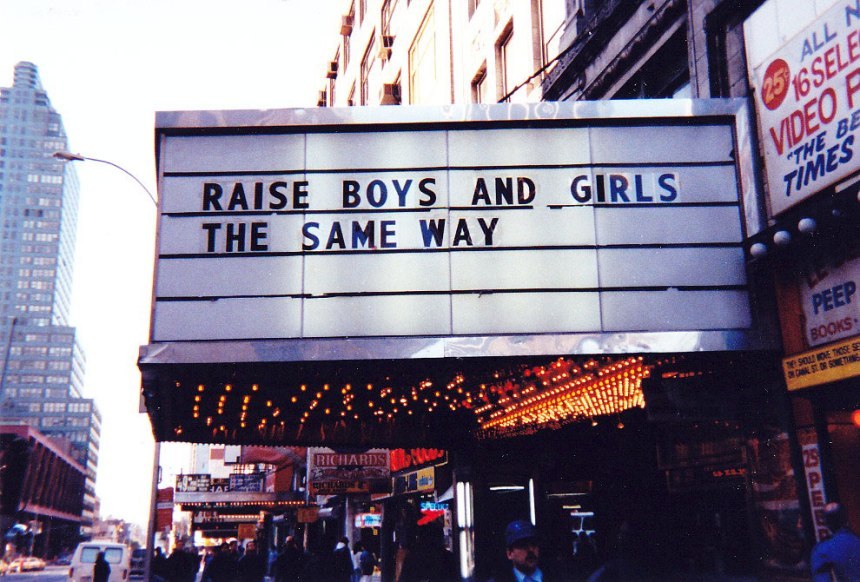 Courtesy of The Women’s Studio

With another time jump, we come to the present days.
The feminist movement’s achievements are many and, fortunately, they concern various sectors such as law, politics, work and health. Just to name fews.

It could take days to describe all the artistic initiatives that have been carried out under the flag of feminism, reason why we have chosen one of them all: The Claire Fontaine Collective .
The Collective was born in Paris in 2004 and it classified itself as  neo-conceptual and ready-made art. 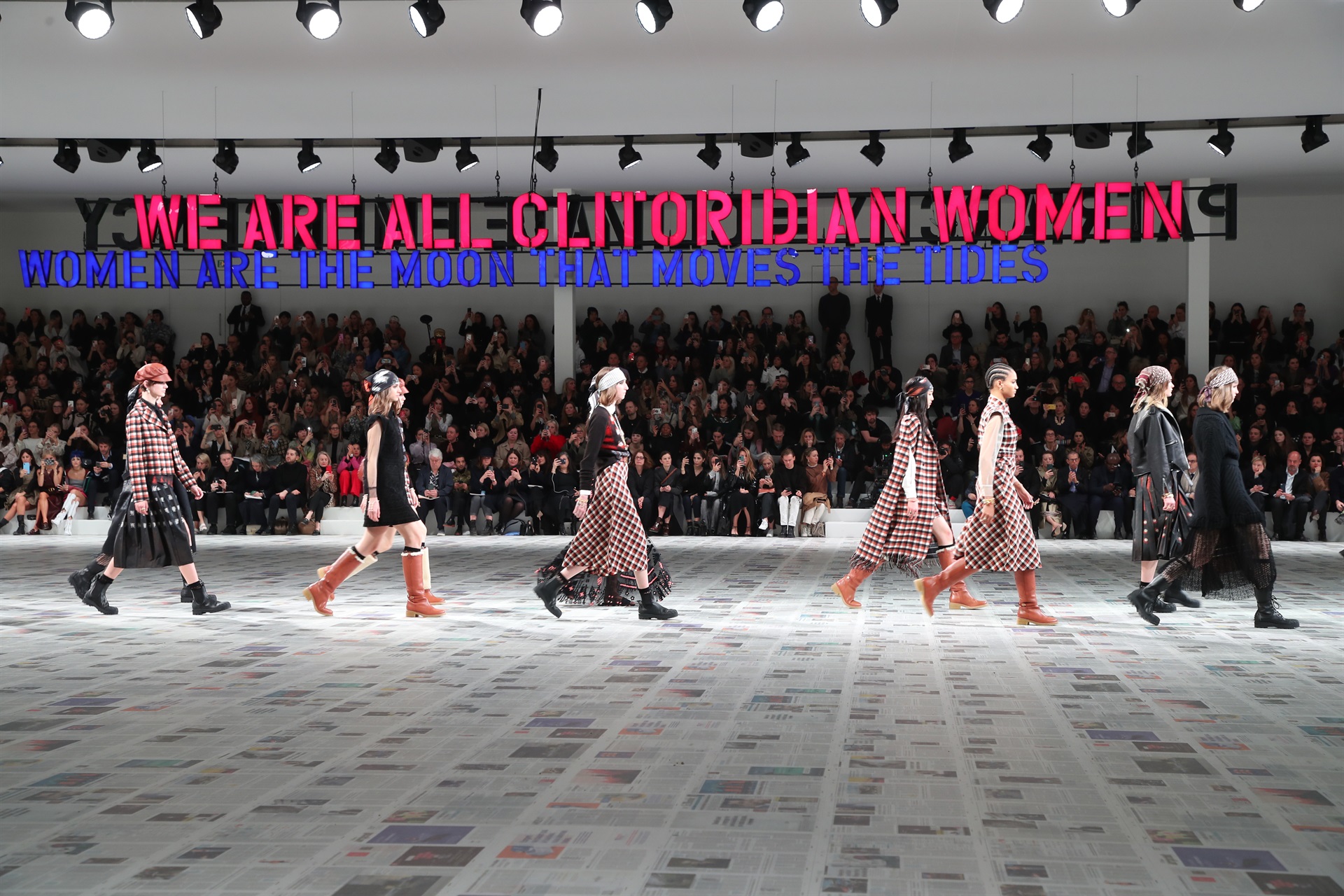 Theirs are the neon signs in the Dior Fall Winter 2020-2021 fashion show. It is a wonderful hymn to the power of women, to the revolutionary strength they carry and to the need that the world has to listen to them.