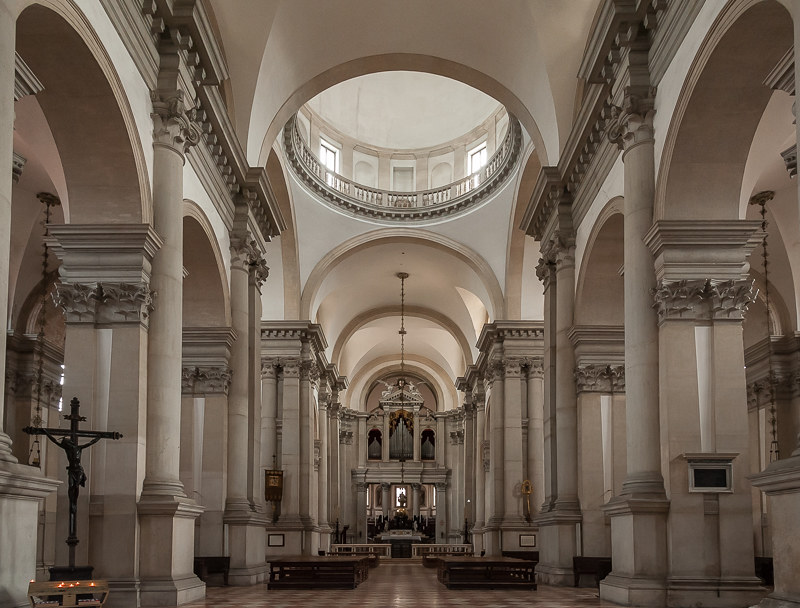 A goldsmith by training, even if he escapes a univocal classification, Giampaolo Babetto proposes a comparison with the sacred in the Palladian Basilica of San Giorgio Maggiore in Venice, thanks to a collaboration with the Benedictine community which over time has welcomed the interventions of numerous international contemporary artists , offering experiences of experimentation of contemporary art. 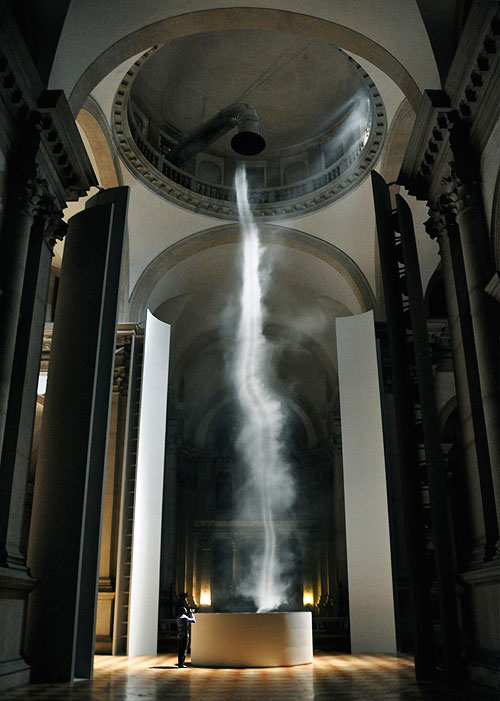 In 2011, Anish Kapoor inaugurated this tradition in a collateral event at the Biennale with “Ascension”, a site-specific installation in which the artist’s interest in the comparison between materiality and spirituality took shape in a huge circular sculpture from which a whirlwind of white smoke came out; the immateriality of the smoke becomes concrete, drawing a column that fits into the architecture of the church, arousing profound reflections on spirituality itself.

In 2017 it was the turn of Michelangelo Pistoletto, whose artistic career is summarized by pushing to focus attention on the fate and destiny of man, up to the mirrors that focus on the search for one’s own identity.
Sean Scully’s unpublished and unpublished works had involved the sacred spaces in 2019, culminating in “Opulent Ascension”, the immense sculpture that with its height led the gaze beyond, towards Paradise, as a means to unite the earthly world and the transcendent one. 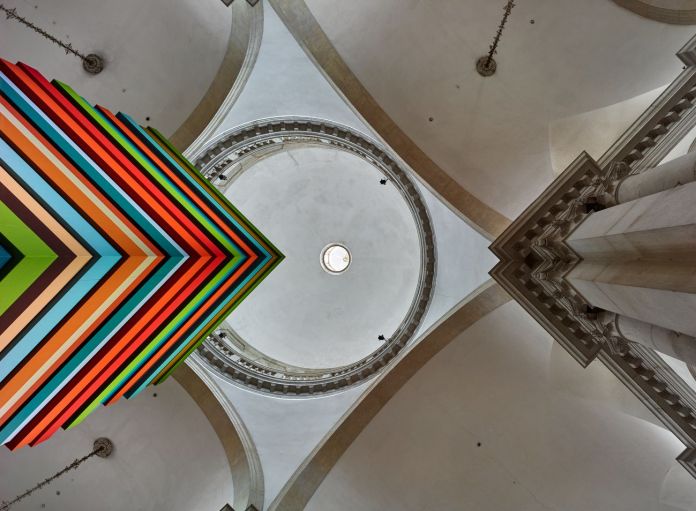 This year, on the occasion of the “Sign and Light” exhibition, an unpublished work dedicated to the genealogy of Jesus will be presented, followed by a journey inside the Basilica and its Sacristy.

The sacred, which has always been current in Babetto’s art, sees a new nuance here: the preciousness of the materials blends perfectly with the surreal surroundings of the building.
In fact, there are several works dedicated to liturgical use, such as the “Reliquary of the Sacred Cingolo of the Madonna” for the Cathedral of Prato and the monstrance of the church of Saint Michael in Munich. 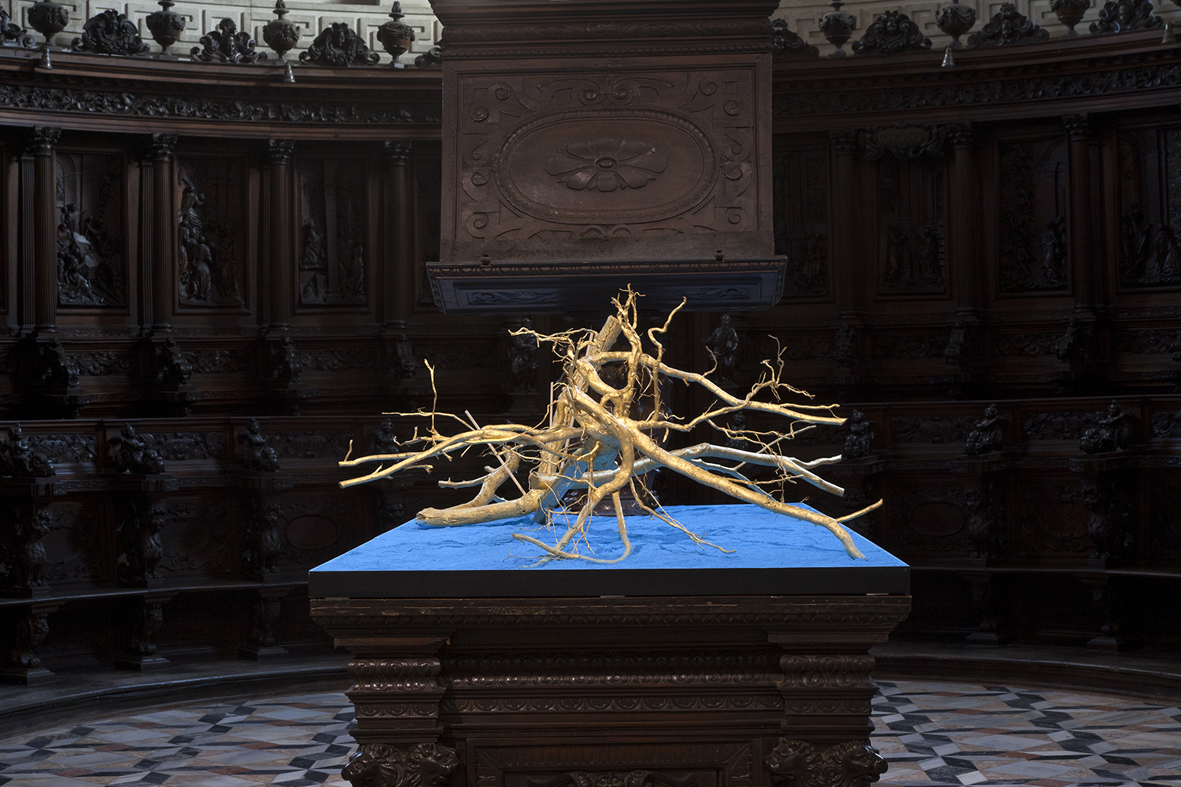 Giampaolo Babetto, of whom we have spoken better here, is not exclusively dedicated to the processing of the most classic precious materials, but ranges by using materials such as plastic and glass. Precisely this is the protagonist, together with the crystal, of the latest creations in which light becomes an integral part thanks to the reflection they make.

The selection of works becomes a tool to better understand the productive itinerary of an artist for whom spiritual reflection is fundamental, which is expressed by relating to the materials he uses and modifies. 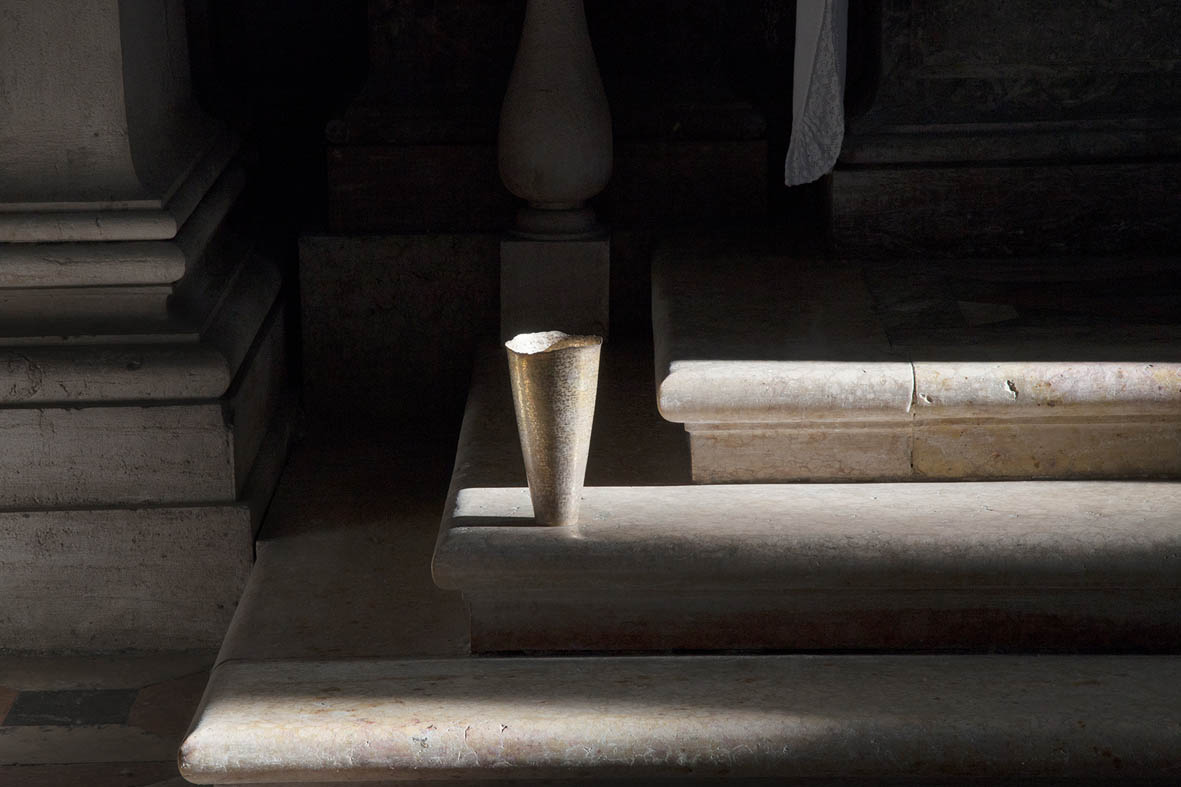