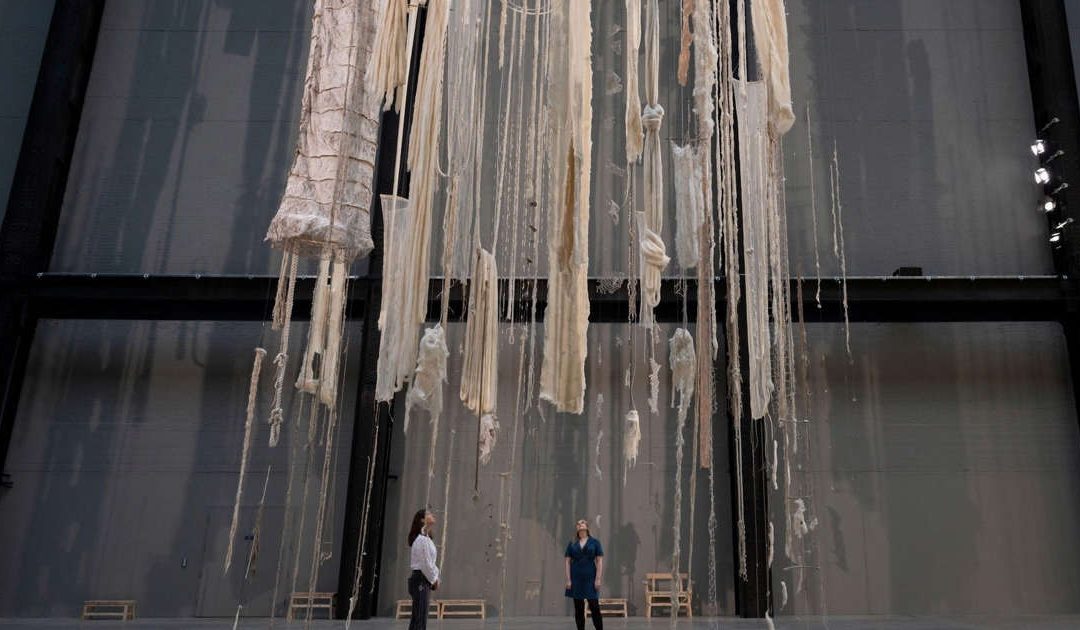 Cecilia Vicuña’s voice now resounds more powerfully than ever with her multimedia installation ‘Brain Forest Quipu’, the star of the Turbine Hall at Tate Modern in London.

The Chilean artist, who has always combined indigenous tradition with urgent topical issues, now decides to do so in an exemplary way: by hanging on a metal structure anchored to the ceiling 27 metres of quipu (knot) sculptures, created by interweaving different materials such as wool, vegetable fibres, collected objects, rope and cardboard. 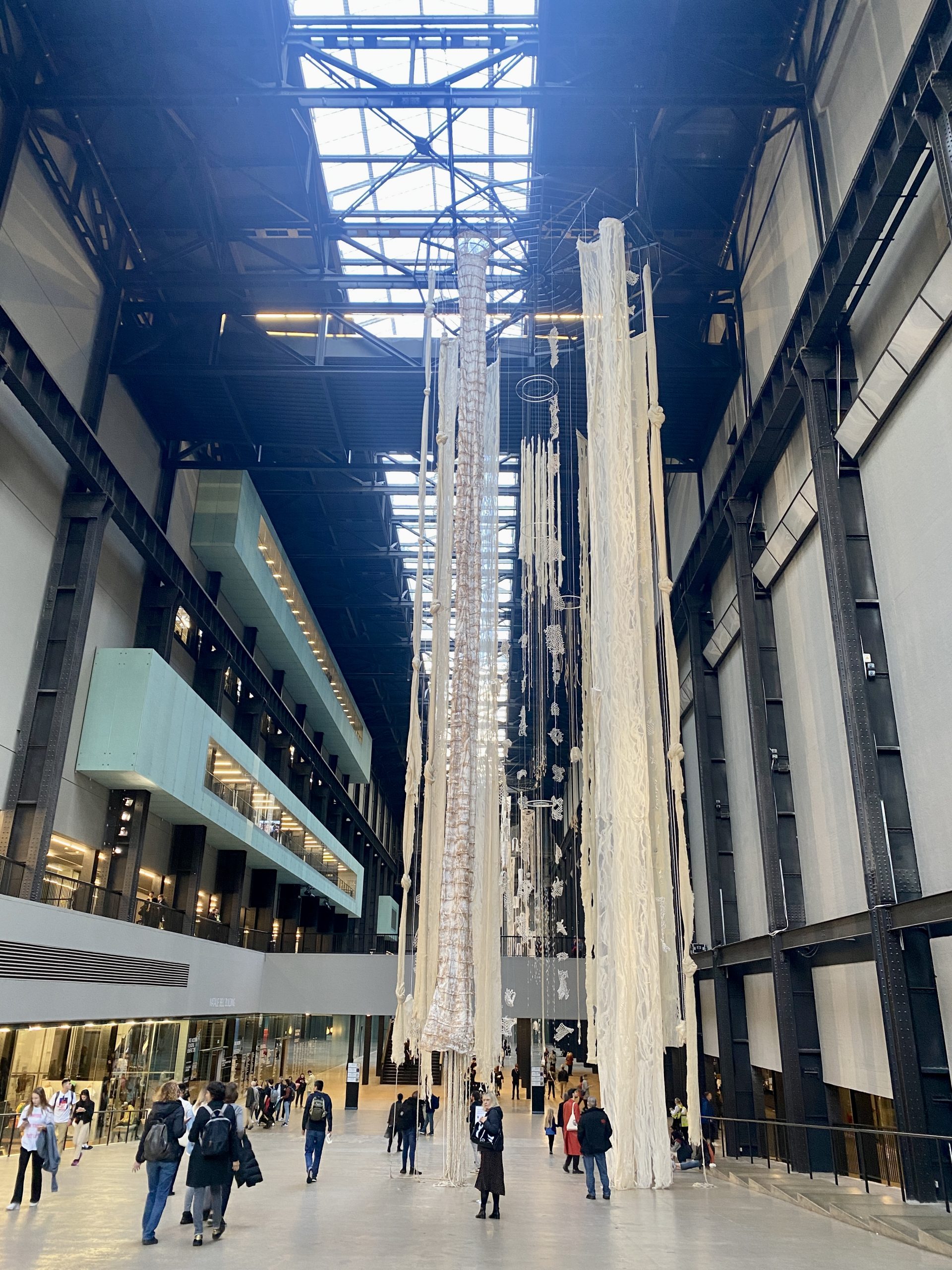 The quipu plays a fundamental role for the indigenous communities of the Andes. In these lands, instead of communicating through writing, people wove materials and knotted ropes to express  meanings.
For these populations, The quipu has thus become a way to pass on memories, knowledge, stories and a metaphor of the link between people.
So we understand the meaning of the title of the work: the quipu brings together all the interconnections of the ‘Forest of Brains’, of which each of us belongs.

Because of the European conquest, the quipu  were banned and even burnt, but this installation is a loud shout  affirming that the quipu is not dead, nor is the bond between individuals: you just have to be willing to listen.

Cecilia Vicuña thus brings to the surface voices suppressed for centuries. Voices of men denouncing the violence against indigenous peoples, voices of entire communities and nations concerned about the destruction of forests, and even the voice of each of us alarmed about climate change.

The sculptural aspect, which portrays through bone-white colour the skeleton of trees killed by drought and fire, however, is not the only one.
The installation is in fact made up of three other layers: sound, digital and social. 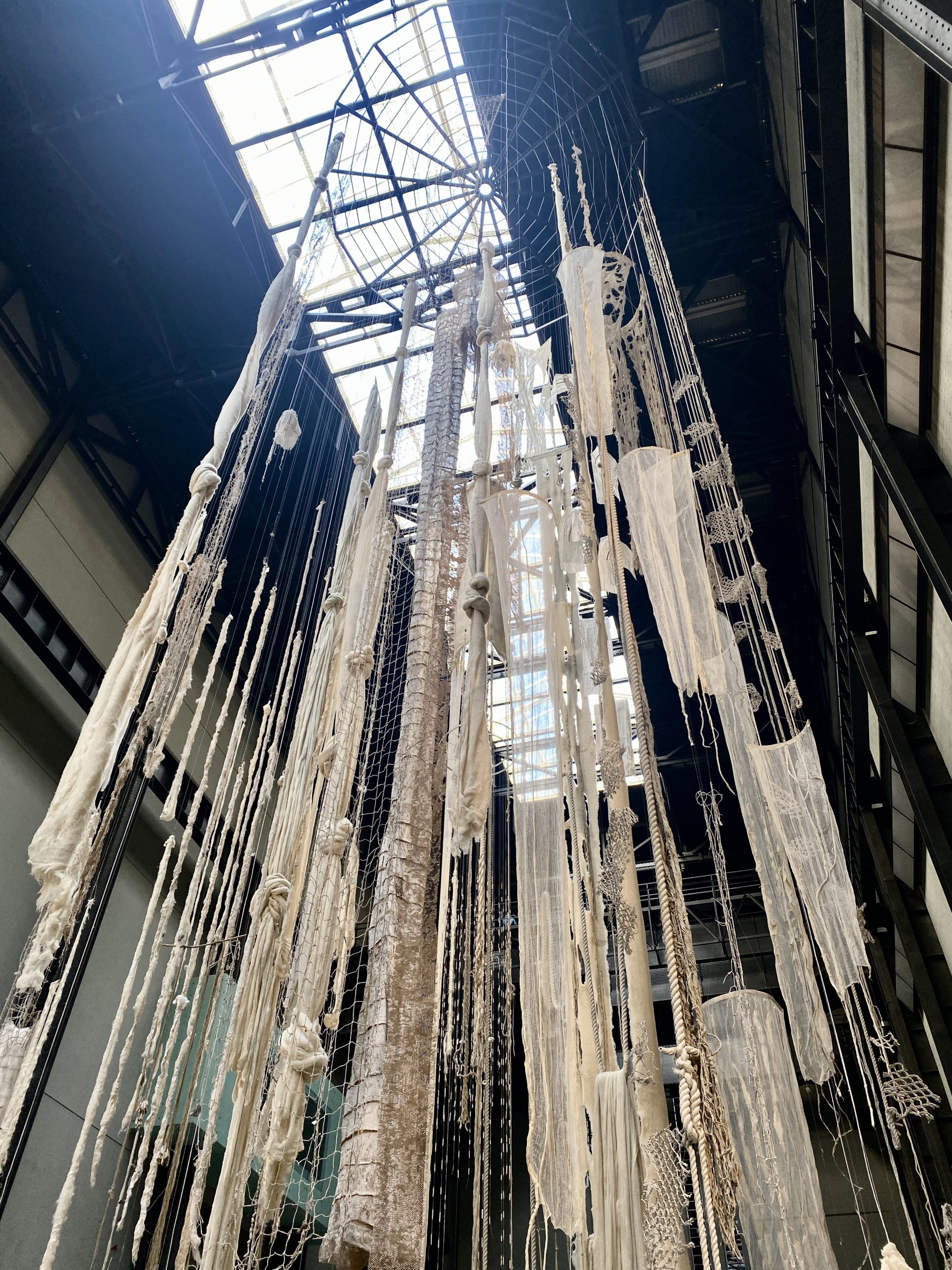 Moving through the space, in fact, the viewer is accompanied by the  notes of the Colombian composer Ricardo Gallo, who combines indigenous music with moments of silence, allowing the visitor to entirely immerse within the culture of the faraway land of the Andes, but also leaving space for personal reflection.

On the other hand, The ‘Digital Quipu’, offers, through video, a source of knowledge to understand the great work and the problems faced by the activists who fight every day on the front line to defend our home: the earth.

Finally, the artist invites each of us to participate in the ‘Quipu of Encounters: Rituals and Assemblies’, thus becoming an active part of this fight.