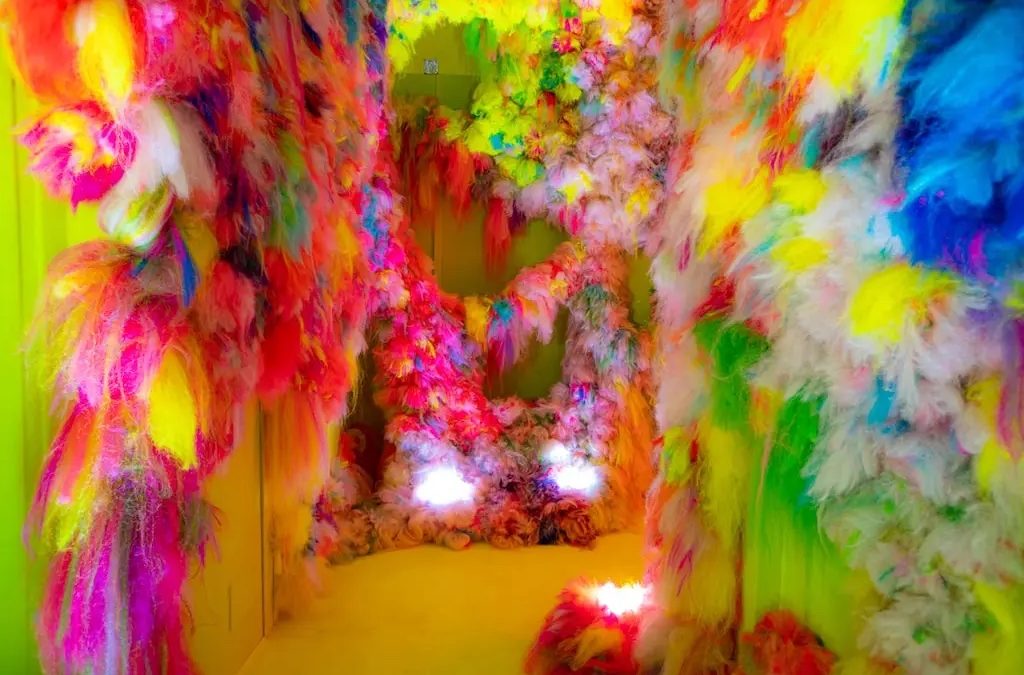 Twenty-one internationally renowned artists and over eleven new site-specific installations invade the indoor and outdoor spaces of the Cloister of Bramante in Rome.

The project, curated by Danilo Eccher, is true to its title, CRAZY: unpredictable, unusual, overwhelming.

At the root of the exhibition there is a reflection on the analogy between madness and art, which sees a striking similarity between the two. The rebellion against established patterns, the different perception of the world and the loneliness of the different in fact blur the line between creativity and madness. 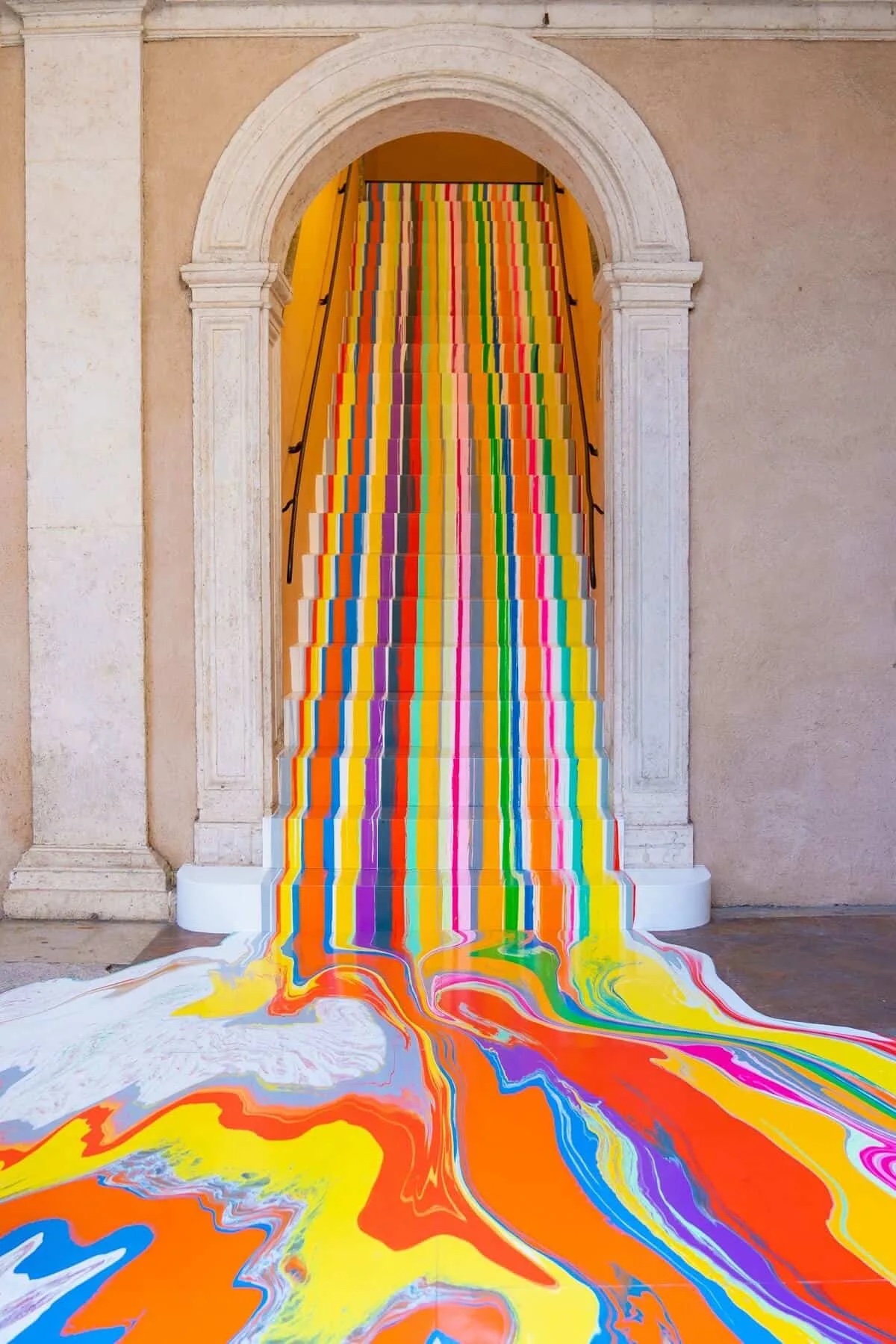 “In the course of time, the sharp boundary between the medical datum and the poetic horizon has gradually blurred, evaporated, releasing planes of confrontation and contamination, the mad creativity has begun to occupy the stage, displaying its innumerable masks,” Eccher states.

The atmosphere of the exhibition thus proves to be an impactful shockwave, which is woven into a complex and participatory narrative, encompassing every room of the marvelous cloister, even those normally excluded from the route, such as the bookshop space where Max Streicher exhibits his work.

Everywhere one breathes full and fervent creativity: from Ian Davenport’s fluid pigment flows on the cloister’s external stairs, to Lucio Fontana and Gianni Colombo’s environments that alter the perception of space, to Carlos Amorales’ 1500 black butterflies. 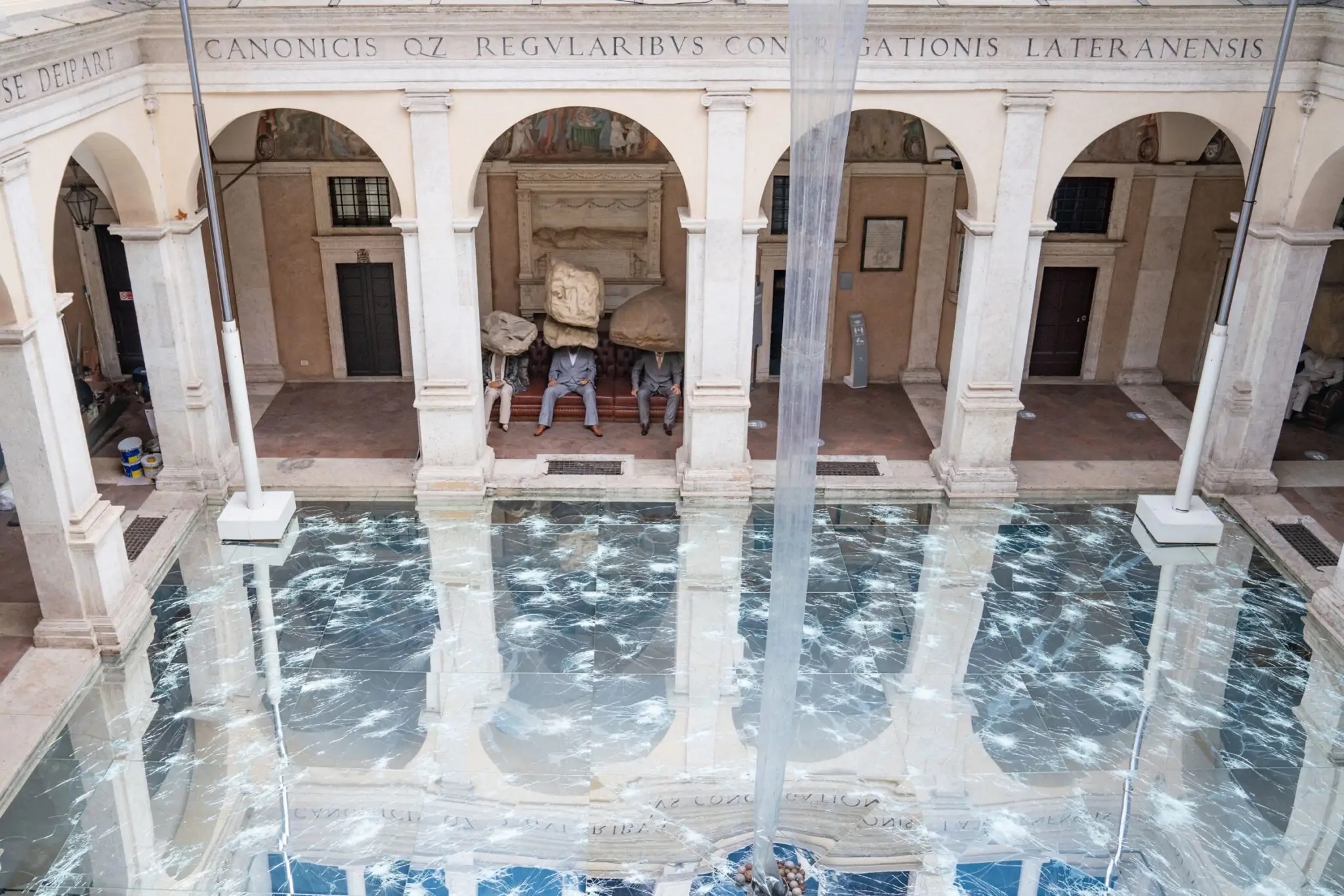 But that’s not all, unpredictability and creative ardor lead to expressive leaps between works, from Alfredo Pirri who covers the cloister floor with walkable broken mirrors, making visible what previously  was invisible, to Petah Coyne’s unexpectedly suspended gardens.

The visual stimuli are supplemented by a sound background, such as the original composition written and conceived by Carl Brave especially for the exhibition, which accompanies visitors in their exploration of the madness of everyday life.

Thus, among the various artistic expressions that this route proposes, one is dropped into the final dimension: inhabiting the works.

We can speak of a veritable eulogy to madness, through which each visitor can confront, indeed inhabit, the madness of others and through them express their own.