“Don’t ignore me” : the art for those who are invisible 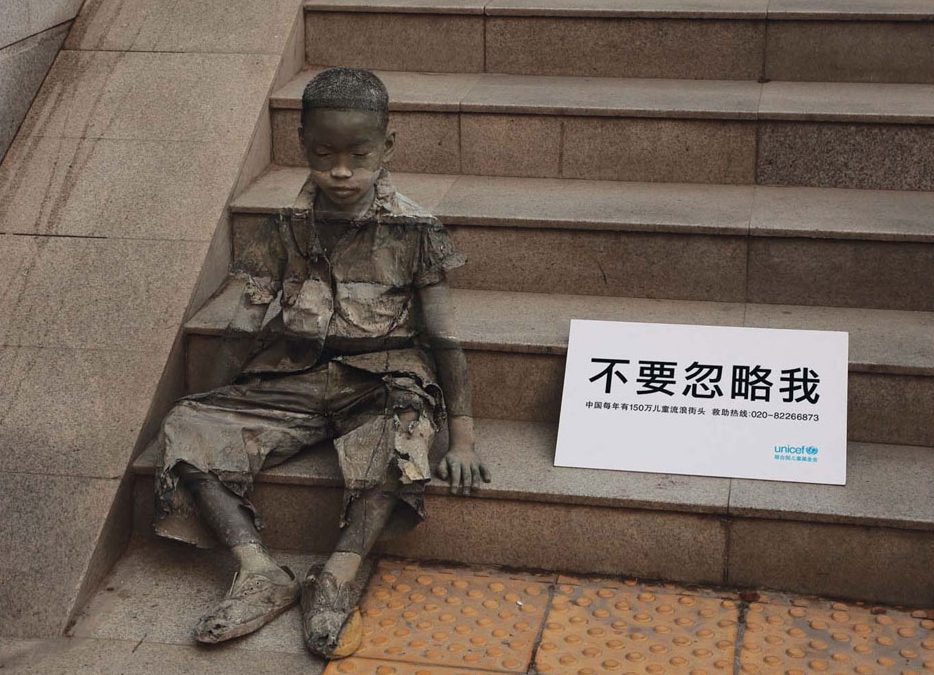 “Don’t ignore me” : the art for those who are invisible

Antoine de Saint-Exupéry in “The little prince”, with a quote that made him known all over the world, argued – being right – that the essential is invisible to the eye.

However, in the art there are also those who wanted to make that invisibility, visible.

In 2008, Shanghai’s Ogilvy & Mather Advertising branch, one of the most renowned advertising agencies in the world, under the artistic direction of Kevin Lee, created a project to support Unicef China precisely on the theme of invisibility which, being Unicef and having children as protagonists, takes even greater seriousness.

The collaboration titled “不要忽略我” which means “Don’t ignore me” focused attention on the high number of Chinese children forced to live in conditions of hardship or poverty without being provided of the minimum rights. According to the data, in the year of the campaign, they were more than one and a half million.

The artworks at the core of the initiative are photos representing three children in different parts of the city who, once made invisible through the camouflage technique, blend with the landscape behind: sidewalks, road signs, stairways.

They have a sign that says “Do not ignore me”. 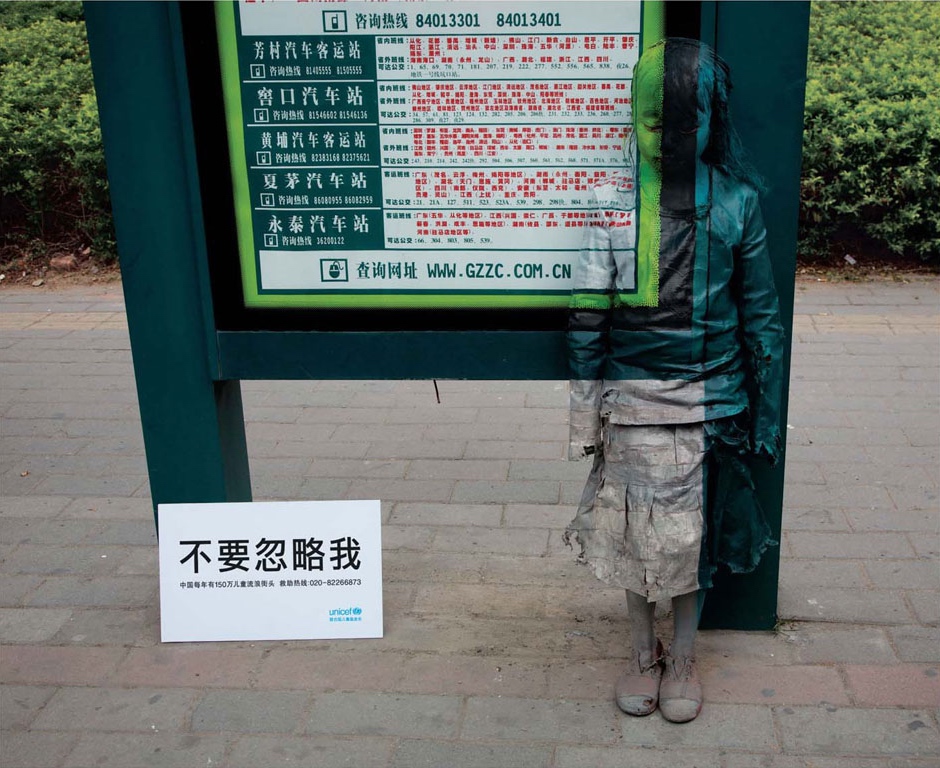 The visual part of the project was commissioned to Liu Bolin: a Chinese artist, known to the national and international public for his controversial relationship with Beijing government, he is famous for his camouflage performances through which, blending in with the landscape, makes himself ” invisible ” just like those children. He has also performed in Italy: in Rome in 2017, in front of the Colosseum and in 2019 in Milan, in Piazza Duomo.

“Don’t ignore me” was one of Unicef China most successful project: due to its beauty, immediacy and delicacy. Thanks to art and photography, it raised awareness about such a raw and strong social issue.