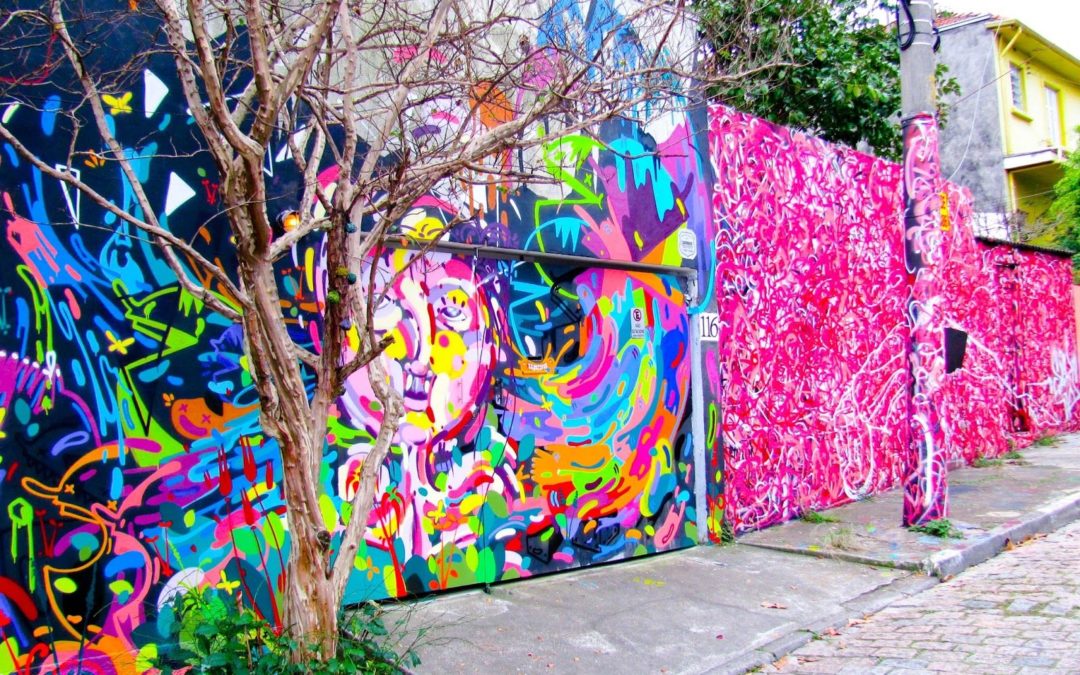 Graffiti stands out impressively on the walls of our cities: either loved or misunderstood, they have become the distinguishing features both in small and big towns.

Graffiti art was born in Philadelphia (U.S) in the 70’s but it immediately spreaded all over the world: it is an art thought to communicate with people, to leave them a sign.

Graffiti, indeed, holds deeper meanings in their drawings: social lacks, gender and classes’ disparity as well as political or international matters. The artists themselves are inspired and guided by those exact topics. This artistic expression has found a prolific ground in South American countries where, historically speaking, people have been struggling with the aforementioned issues.

“Brazilian graffiti art is considered among the most significant standards of a global urban art movement and its diversity defies the increasing homogeneity of world graffiti.” – Design Week

Brasilian mural art was born with the main aim of covering the walls’ tag, in portoguese called “pichação” and, over the years, it turned into a proper artistic movement also encouraged by the huge urban agglomerations that are common in the cities.

Sao Paulo hosts countless numbers of graffiti, especially in the neighborhoods of Santana and Vila Madalena where those giant and colorful artworks have become an essential part of the urban environment. In Vila Madalena, a flourishing area of the city, is located the “Beco do Batman” (Batman’s Alley). In 1980, one of the walls in this street was painted with an image of Batman and, since then, local art students began filling the walls with other psychedelic and cubist influenced designs. The local community now takes care of Beco do Batman’s artworks. 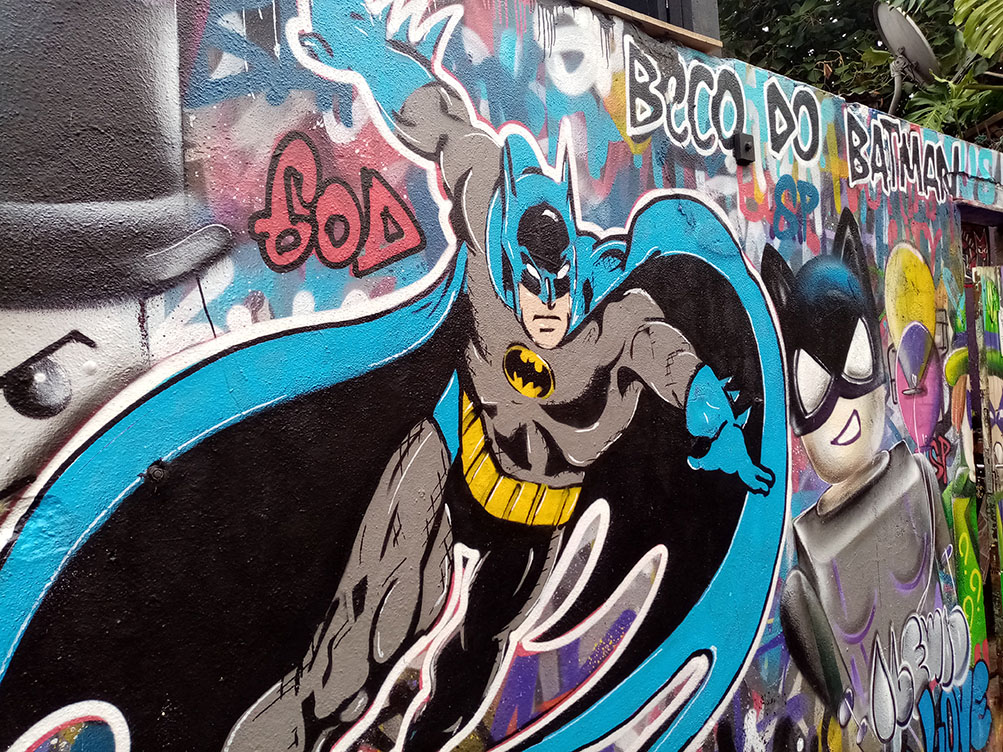 Beco do Batman – Courtesy of How to Traveller

This is the symbol of art’s power in gathering people together under a common goal: enhancing the city’s appeal.

Such a bursting and vibrant environment, a real cradle for creativity, was at the head of the movement for the decriminalisation of graffiti back in 1999. One of the most influential exponents in the artistic scene, Quito, affirmed how street art works as a pacifier within the community and in this perspective, the involvement of the poorest and most demoted neighborhoods , such as favelas, have turned out to be the main strength for the success of graffiti. People were well inclined to accept any kind of initiative that could have got better their nieghborhood.

Just as Basquiat died for his own art and Monet went blind, graffiti artists are willing to “donate” a little bit of themselves through their art: they’re symbols of the places where they were born and raised.

Thiago Alvim‘s art melts together volumes, lines and spheres looking back at pointillism or even post-impressionist period but also winking at pixels. 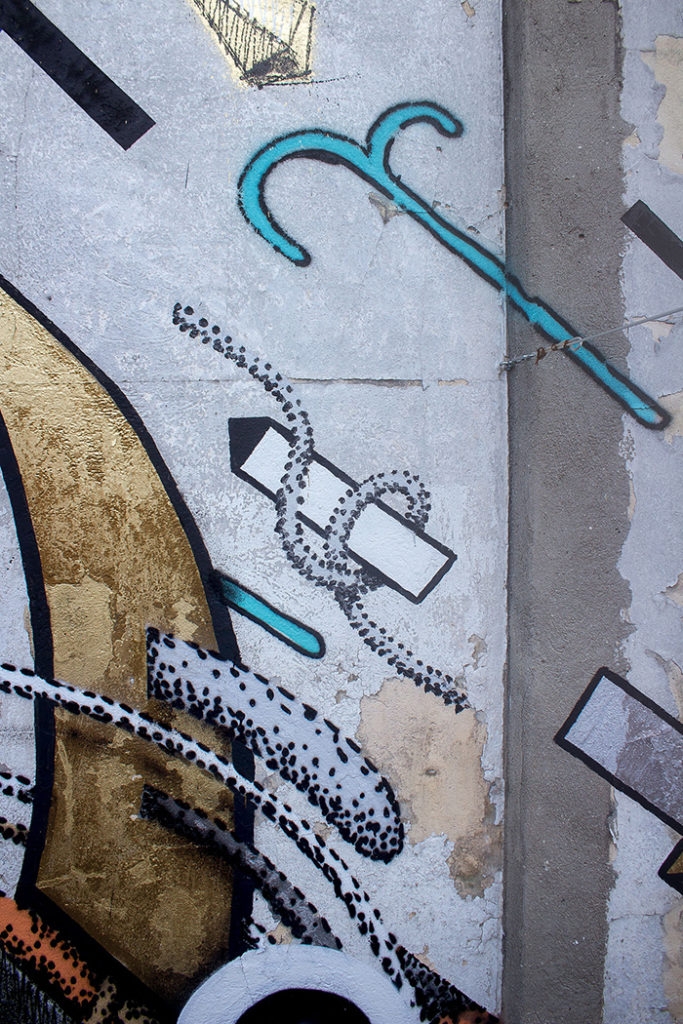 Eduardo Kobra is known for the use of a mix of tools: spray, brush strokes, draw. His works are centered on topics such as the fight against pollution, global warming, deforestation and war. His originality stays also in the “restyling” of some Brasilian icons, such as Oscar Niemeyer, father of the city of Sao Paulo. 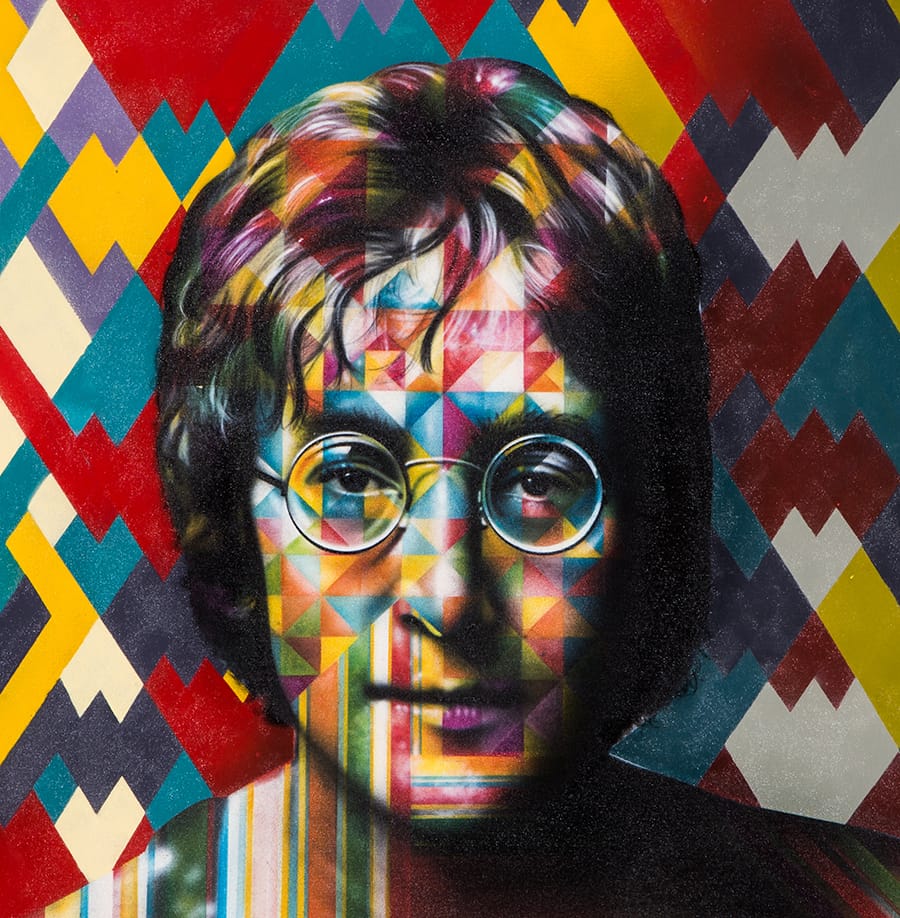 Os Gemeos (The twins),are the most famous duo of graffiti artists. Gustavo and Otavio – their real names – are internationally renewed. Beginning their career with a New Yorker kind of style, mainly due to the american artistic current arriving in Latin America in the last 30 years, later on they have developed their peculiar character: a huge yellow-skin man with long legs and an oval face. Despite of the success, Os Gemeos’ artworks still maintain their social meaning: there are stories of injustices and difficulties of common people. 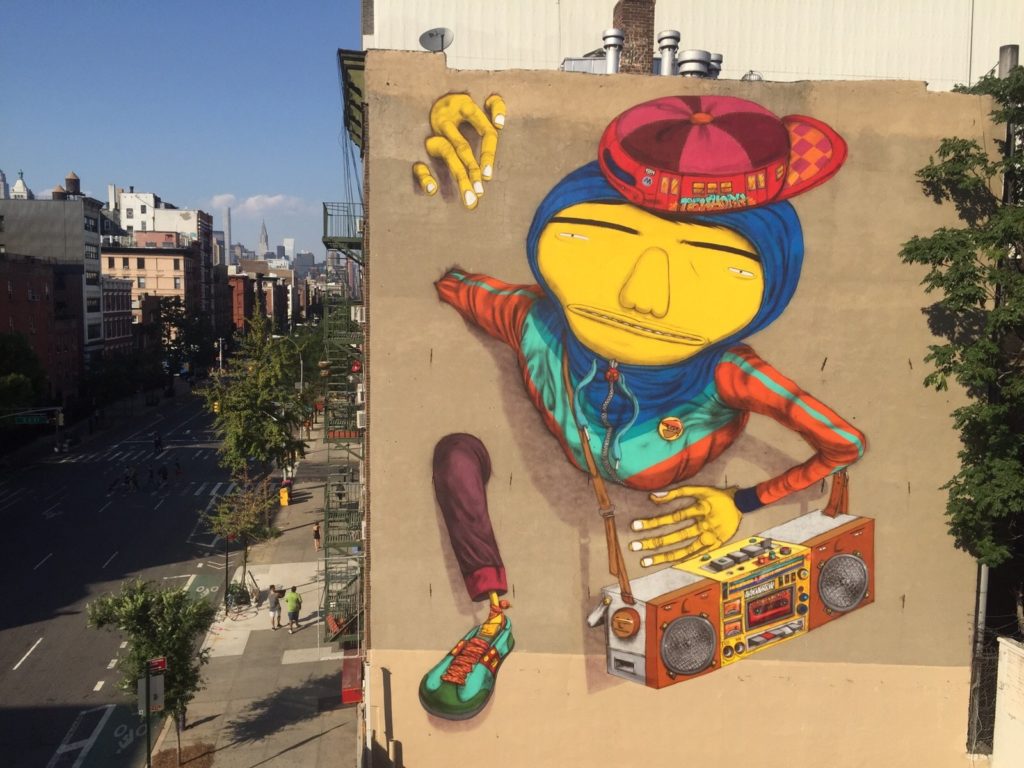