In dialogue with Renato Pengo: “They stole our chance to vibrate” 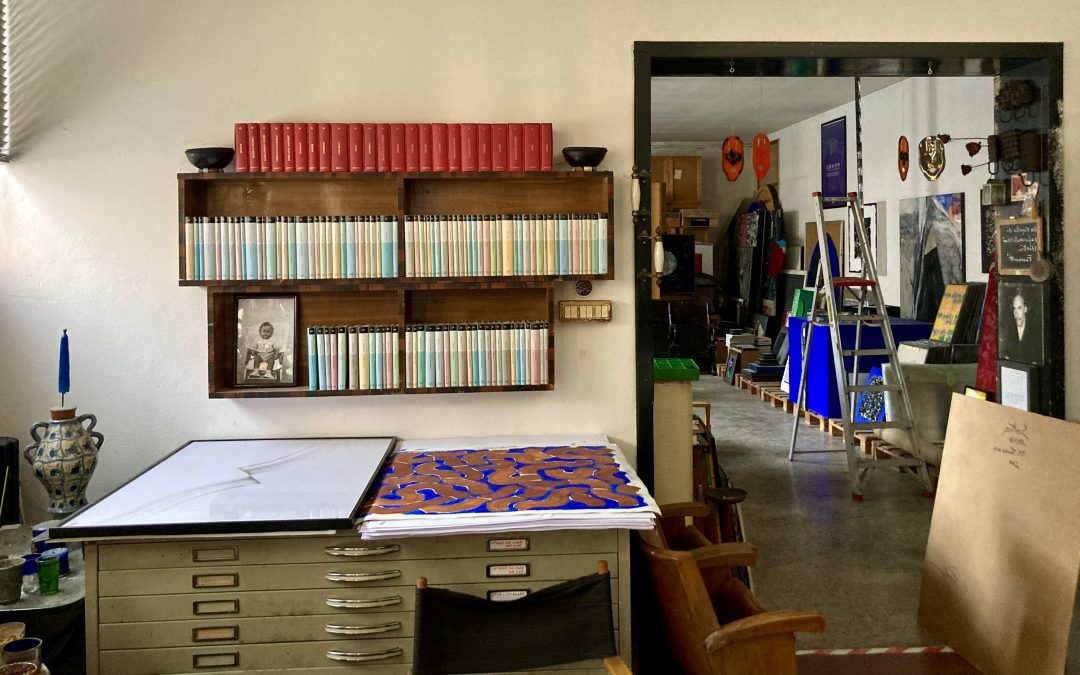 In dialogue with Renato Pengo: “They stole our chance to vibrate”

Our work in the artist’s studio has allowed us to enter in a space between the public and the private, where we not only breathe art, but for a few moments fully immerse ourselves in his life.

We thus have the opportunity to observe his works and get to know his thoughts, as much brooding as expressed. 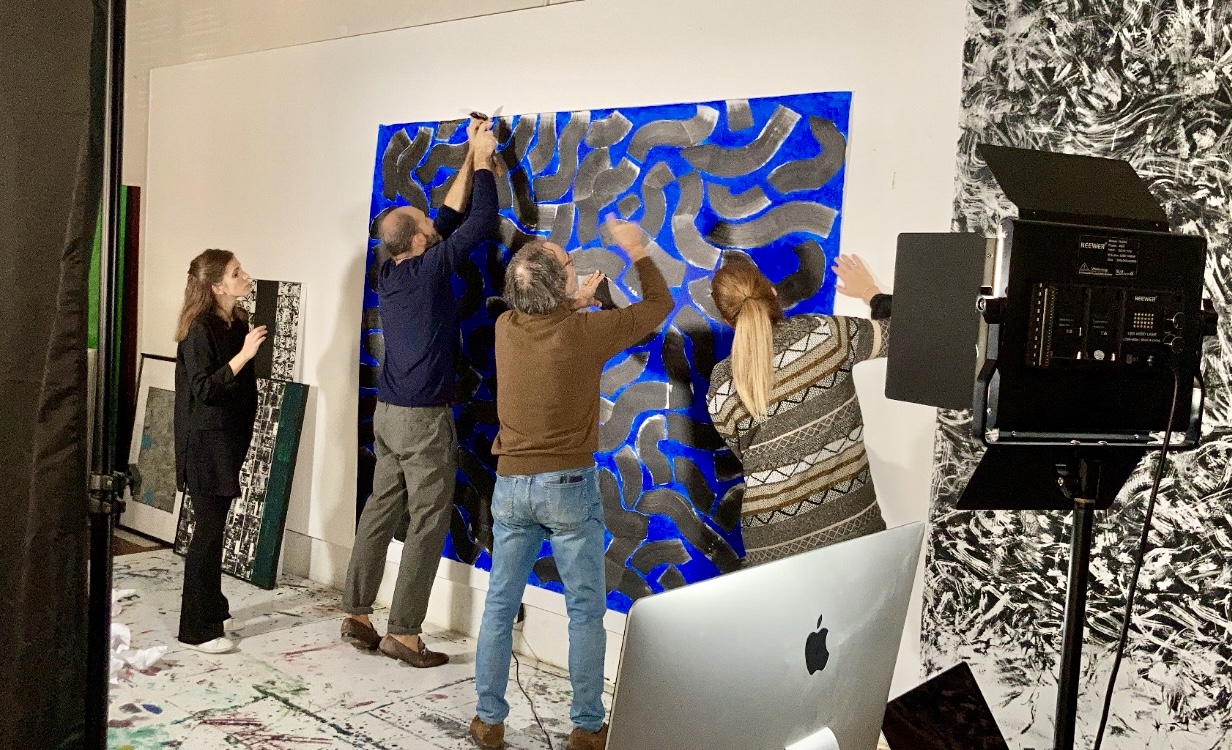 Surrounded by Pengo’s vast production, among the mountains of books from Erasmus da Rotterdam’s “In Praise of Folly” to Pasqualotto’s “Aesthetics of Emptiness”, and the notes by the Japanese composer Takemitsu, one painting in particular, hanging on a wall in the studio, catches the eye.

The painting depicts a large brain, highlighted by the black background, with the blue inscription “we are no longer human beings”. A direct, disillusioned, critical and extremely topical phrase. A manifesto.

Words created directly from the color tube, which he describes as “the matter that comes out of a kind of ejaculation of color”. 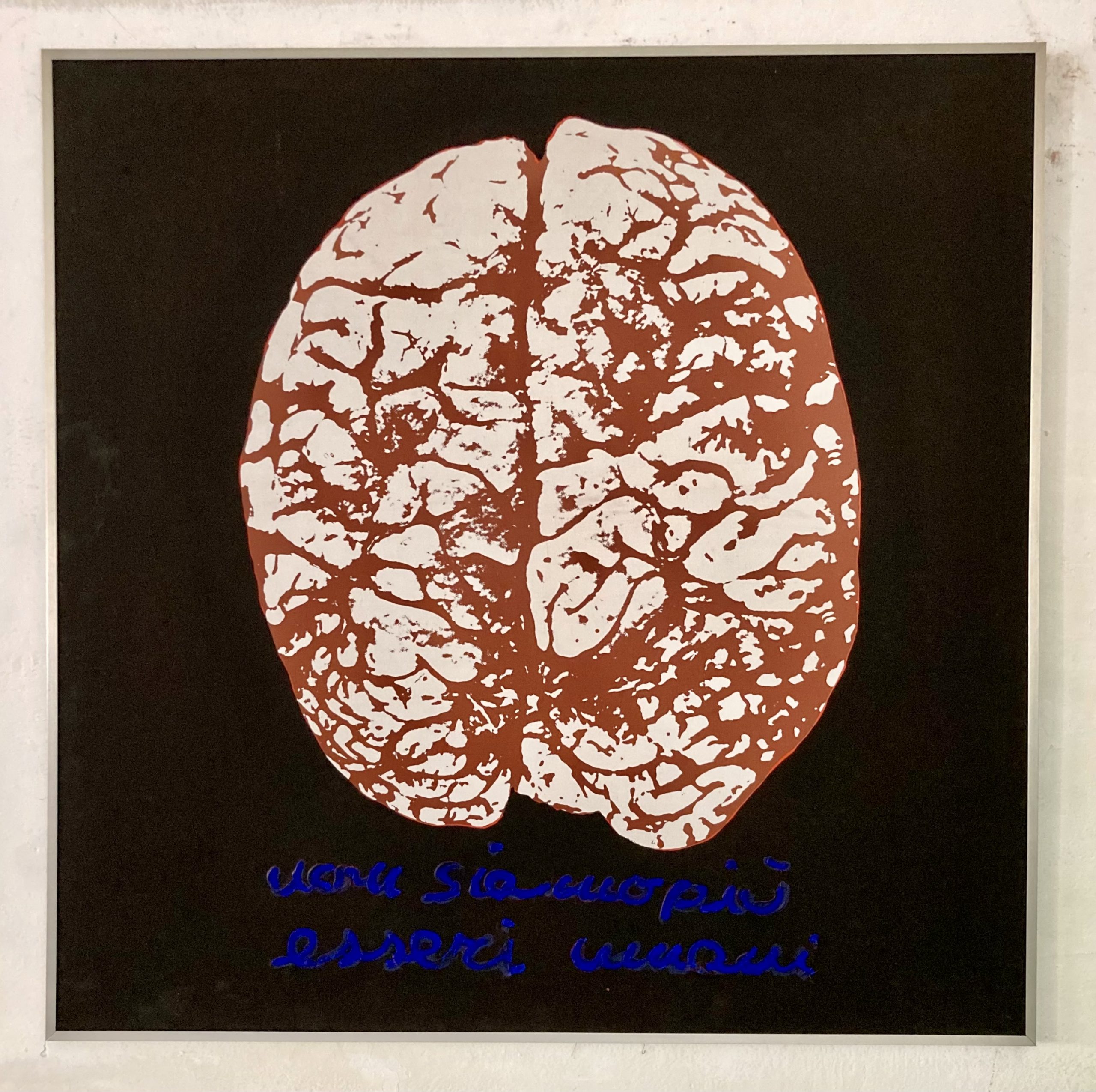 Exhibited at the Quadriennale in Rome in 1975, the work carries a visionary technique and message. Thanks to a magnetic resonance lent by a doctor friend, Pengo was able to skillfully reproduce the features of grey matter.

The meaning of the discourse “we are no longer human beings” in fact starts with the brain. Thanks to the search for meaning that has always characterised his thinking, already in the 1970’s he realised that people were starting to be bombarded with information, which risked to brainwash their decisions and tastes.

In the artist’s vision, brain’s intrinsic task to command our bodies and minds is performed by someone else: by political and commercial power. 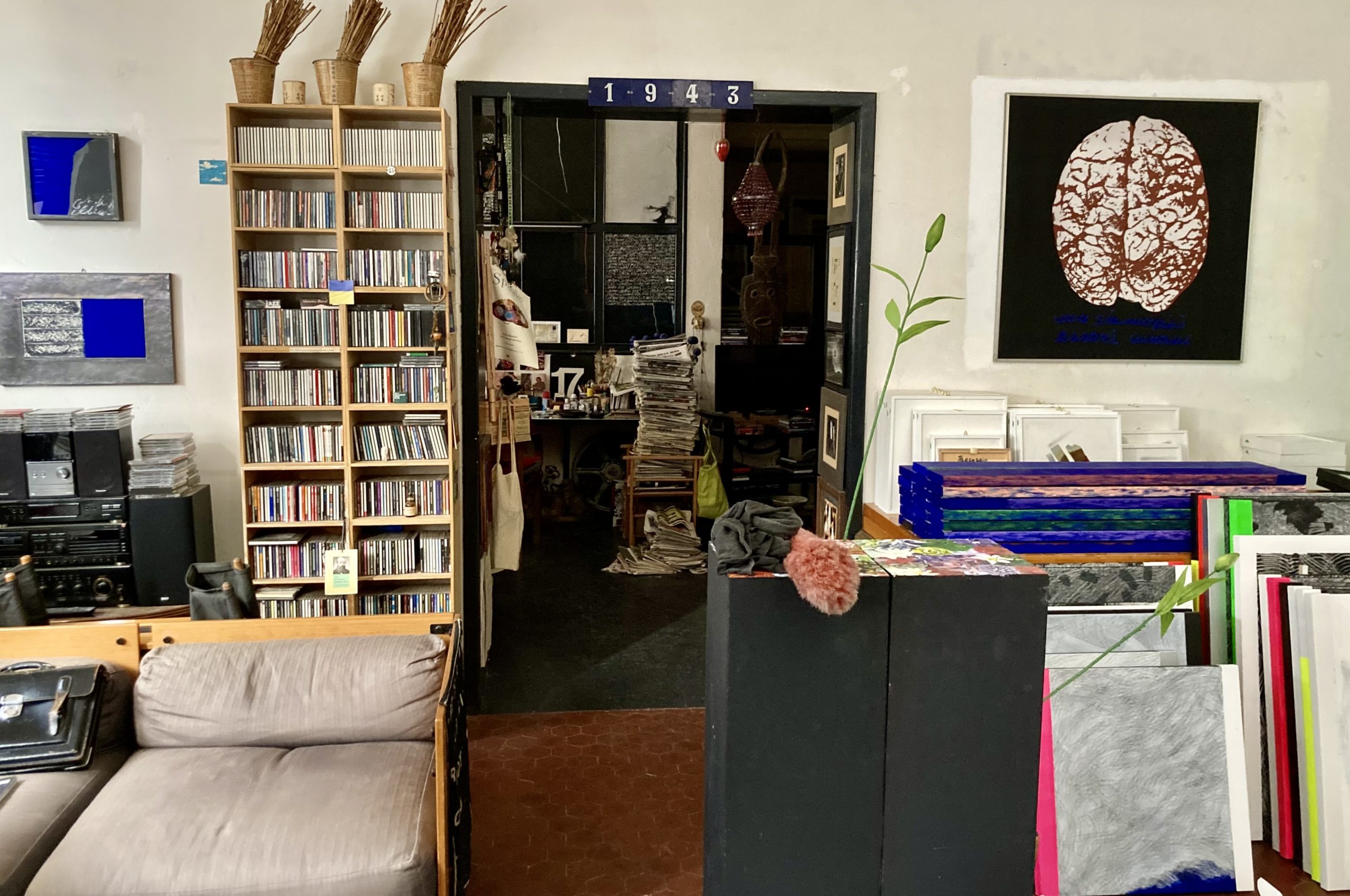 It is in this way that we all become “a community of knowledgeable idiots”, as we read on a blackboard in the Maestro’s studio, quoting Franco Ferranotti.

It is clear from Pengo’s biography that from the age of 15, he felt the intellectual need to emancipate himself from the dominant thought. The artist states, in fact, that filling our heads with so much futile information has robbed us of thought, which most characterises the human being.

Renato Pengo thus forgoes comfort and speed of today’s word, emphasising the importance of slowing down, of feeling, of making the energy of our grey matter vibrate again.