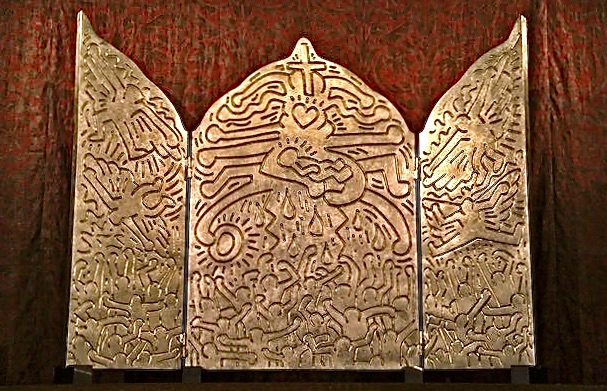 Keith Haring was only 31 when in died in 1990, five ears after he discovered he had contracted AIDS. Shortly before the sudden event, he himself established the Keith Haring Foundation to preserve his artistic production but also his philanthropic activity in favor of childcare, as well as the prevention and treatment of AIDS. The creation of what will be his last work dates back to 1990. The Life of Christ is a unicum within his activity: it is in fact a real bronze altarpiece, covered with a leaf of white gold. 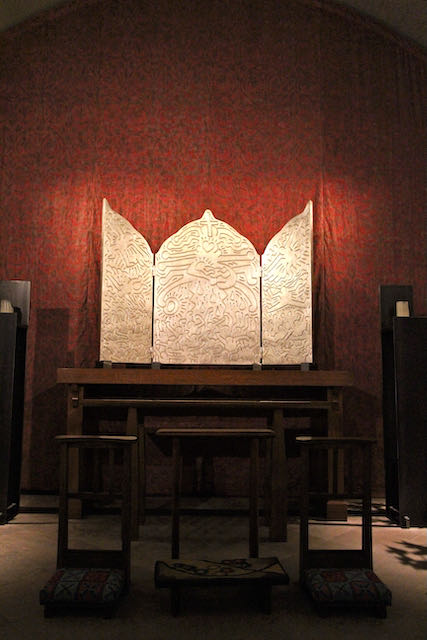 The testimony of his friend and artist, Sam Havadtoy, tells in detail the genesis of this artwork: the two are decorating Haring’s new apartment in Manhattan, and after having covered the existing fireplace with plaster Havadtoy proposes him to draw over it. Haring loves the idea, plaster becomes like a three-dimensional canvas, and he decides to create other artworks by repeating that method on other objects made with fresh clay casts, including a triptych referable to Russian icons. Keith begins to work on it with a spatula, without thinking about it and without interruptions: for the first time he creates clearly religious scenes, inspired by the life of Christ. In the central panel there is Child Jesus, between the (numerous) arms of God that descend towards an agitated crowd; symbolic are a heart, the cross, and a rising sun, in the side panels there are various angels. 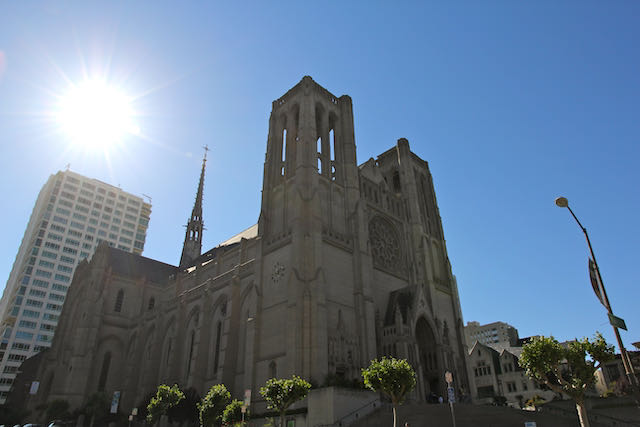 Of the nine examples cast after his death starting from the clay drawing, one is located inside the Grace Cathedral of San Francisco, inside the AIDS Interfaith Chapel: the chapel is not only a memorial for those who died because of the disease and for the volunteers who fight for it, but it wants to configure as an “inter-religious” place, where the symbols of all religions are present together. Although the building is an episcopal church, this idea of ​​inclusiveness is not limited to the chapel, because the whole cathedral demonstrates a sense of openness beyond religion in other aspects of the decoration, such as the stained glass windows depicting characters like Einstein or Roosevelt, or the frescoes that show historical scenes. 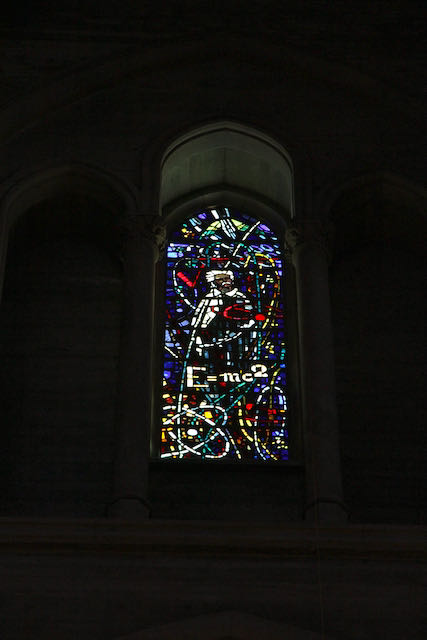 Speaking again about Haring, when he finished his artwork, he himself commented: “Man, this is really heavy”. Made with so much spontaneity and freedom, it therefore becomes a testament and also a manifesto of his thought, according to which art “should be something that liberates the soul, provokes the imagination and encourages people to go further”.