“Luck does not exist: there is a moment when talent meets opportunity”
#PhilosophicalWednesday #4 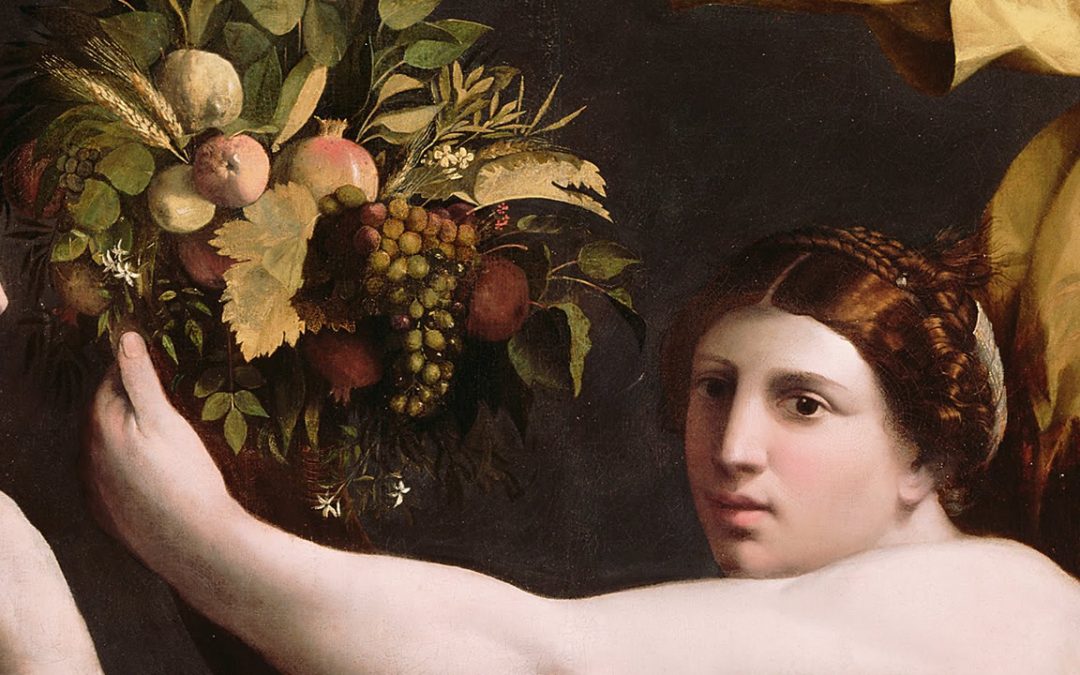 “Luck does not exist: there is a moment when talent meets opportunity”
#PhilosophicalWednesday #4

“Luck does not exist: there is a moment when talent meets opportunity”

We are surprised with these words by the stoic Roman philosopher Seneca, who proposes a dependence of luck on preparation on the one hand and on opportunity on the other.

Perfectly rational reasoning, which however contrasts with the vision that we commonly have in the cultural daily life of Rome: in the pantheon of the gods, Fortuna represented the goddess of chance and destiny, of good (but also of bad) fate, which took up traits of the Greek Tyche but it is probable that at the same time it derived from the ancient Italic cult. 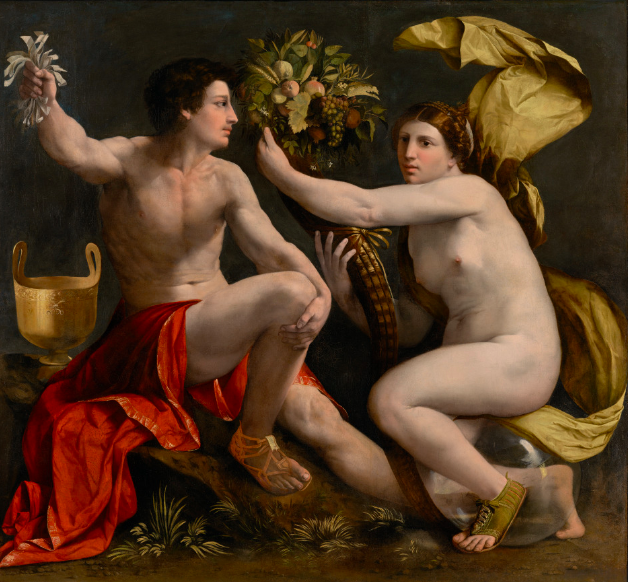 Linked to the figure of King Servius Tullius, who dedicates numerous temples in the city to her, she is often depicted with attributes such as the rudder, the globe or the cornucopia. And the latter appears in the “Allegory of Fortune” by Dosso Dossi: full of fruit to symbolize abundance, it is accompanied by a golden drape as if shaken by the wind, which recalls the mutability of fate, together with the bubble on which she is seated and at the unpaired shoe.

The woman is in the company of the male figure who would personify Chance, with tickets and an urn to remember the tradition of the ancient civic lotteries, and together they seem to communicate to us the (opposite) message of the transitory character of prosperity. 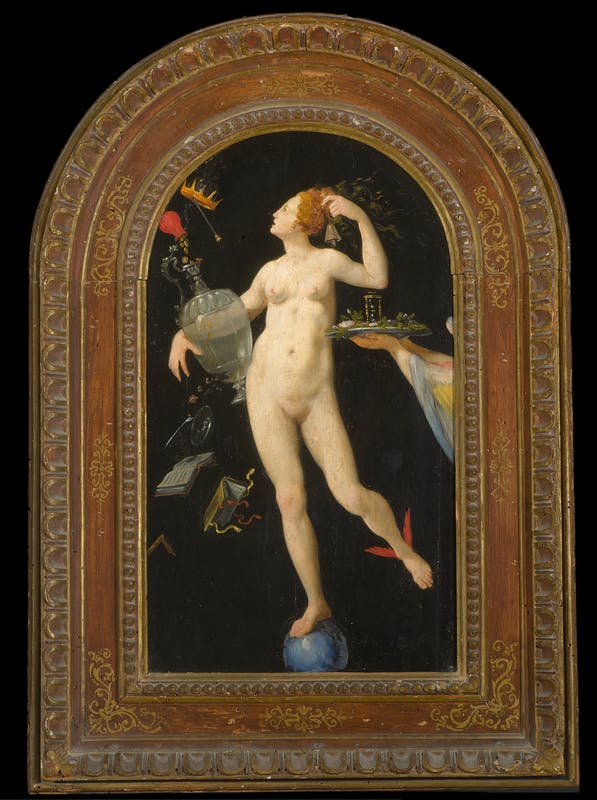 From the Getty Museum where it is housed, to the Uffizi where we find another “Allegory of Fortune” by Jacopo Ligozzi or to the Accademia di San Luca, whose collections include “Fortune with the crown in hand” by Guido Reni, we find Fortune in its being divinity, which we like to keep as an idea, even when we prefer to believe Seneca’s statement. 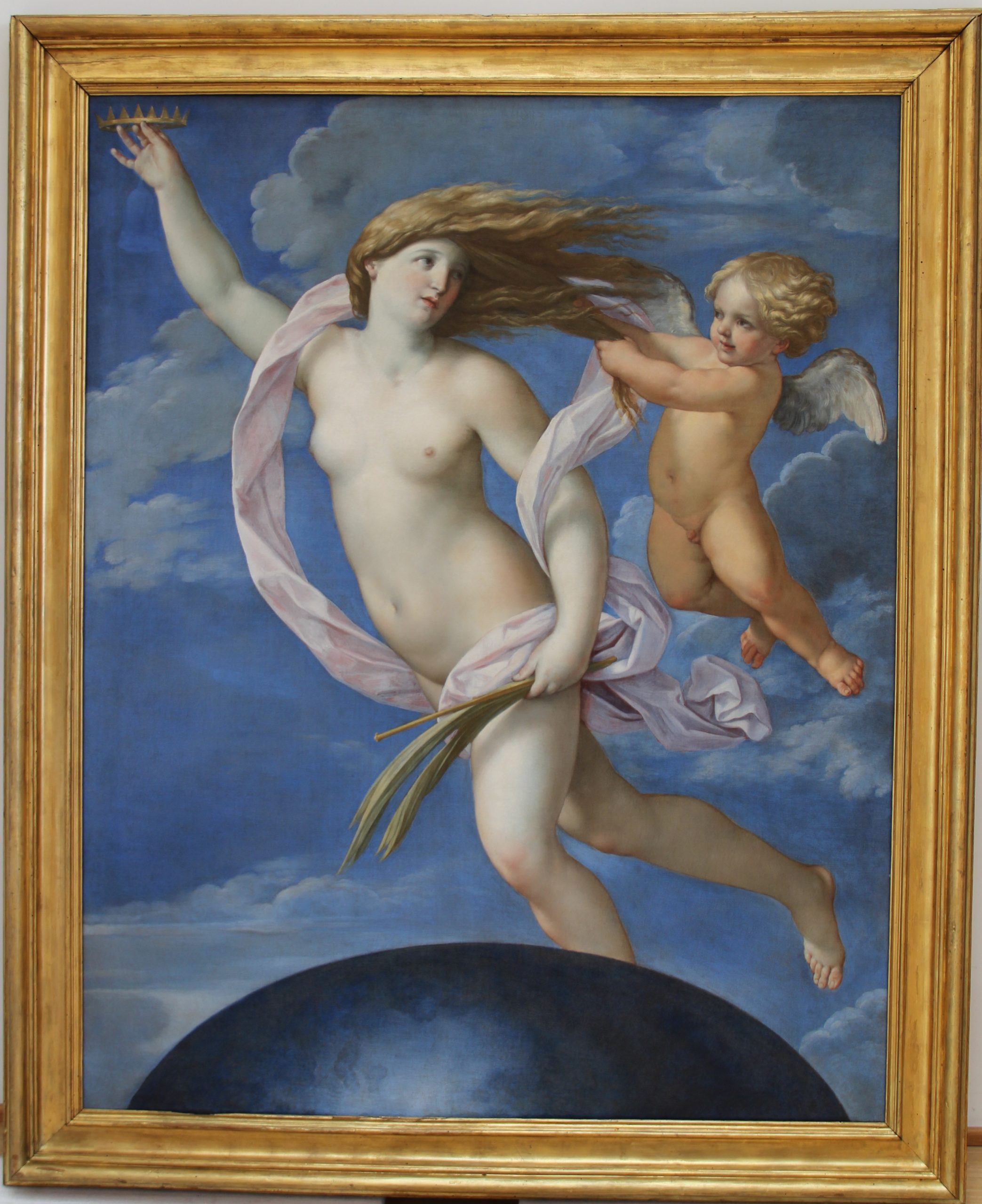