Reflections on glass. In conversation with Lorenzo Passi 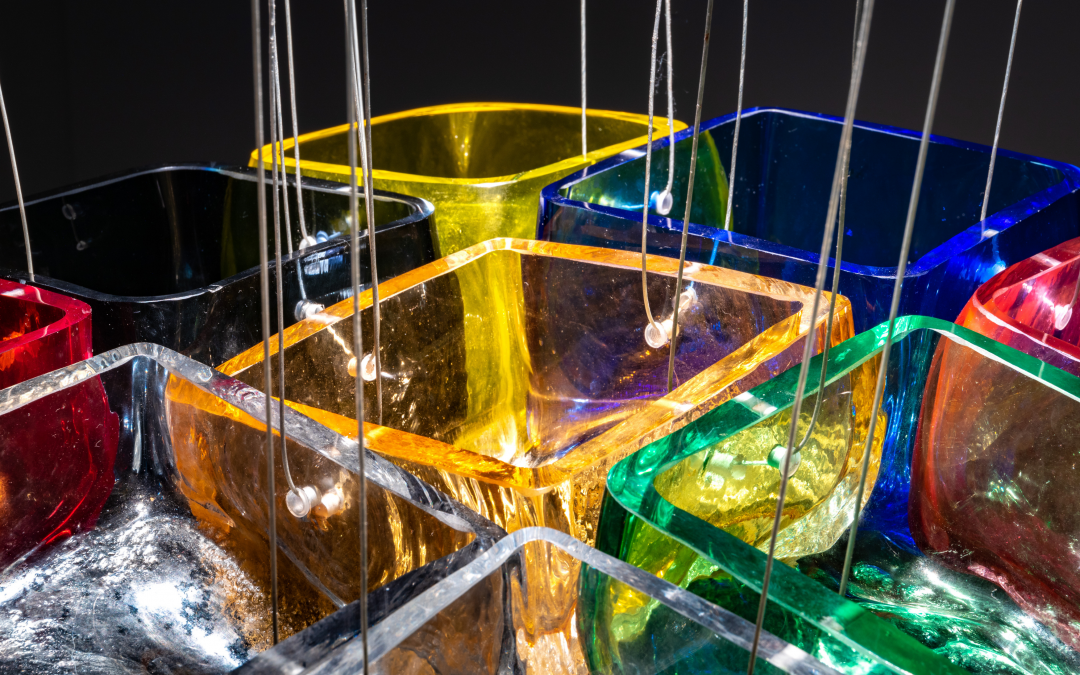 Reflections on glass. In conversation with Lorenzo Passi

Lorenzo Passi (Milan, 1985) is an artist who naturally chose glass as main medium of self‐expression. At the age of 20 he started practicing this art in a Murano furnace where, after studying in the Nuutajarvi Glass School (Finland) for a period, he returned to collaborate with renowned glass masters such as Giovanni Nicola. The fieldwork in furnaces led him to achieve high‐level standards of control and experimentation with glass which usually “carries out a dialogue” with other materials such as metal and wood. After his first exhibition in Milan, he settled in Venice and began to liaise with Marignana Arte Gallery which has identified the artist’s research as a brand‐new germ with an ancient memory – capable of conveying the language of our contemporary world. Through glass.

SpeakART: Your glass experience started in a Murano furnace at a very young age. In your artistic path do you recognize some elements related to glassmaking and other to art? Do these two “souls” harmoniously coexist in your practice or sometimes is there a contrast?
Lorenzo Passi: Honestly, I have never aspired to be a glass master. Let’s say this aspect has never interested me so much. Instead, I know there is “some artist” in me who just wants to express himself. In the same way as a painter picks his own brush, I chose glass as my medium of expression. I’m aware that this way is, somehow, more difficult (sometimes I almost think it’s absurd), but I keep on following this direction stubbornly as I am.

SpeakART: In your works there is a connection with the topic of memory which is particularly evident in the use of recovered iron materials that you fill up with blown glass. In your quest for balance between these two elements (glass and iron) when do you think an artwork is finished? Is there a moment when you are absolutely satisfied?
Lorenzo Passi: I always tend to leave “an open door” so that things can change, evolve. Actually, I will go further than that. Sometimes I like when things remain rough, unfinished. I prefer to leave enough space for the possibility that everything can be changeable. If you only think about the nature of materials, when an object is encircled by metal, glass keeps its own appearance, metal gradually consumes instead. It mutates and resembles powder, as time goes by. These objects – which have a past made out of stories (whatever they are) – can acquire a new memory, a new life in the present, although they had been forgotten or thrown away in the dump because were not necessary anymore. Somehow, they are waste in our society, wrecks of our actual presence.

SpeakART: What is the relation with your works? Or rather, do you tend to easily distance yourself from them in case of exhibitions or sales or do you establish a connection out of practical aspects? Is there an artwork that, exactly for this reason, you would never sell?
Lorenzo Passi: DWhen an artwork is created, a sort of liberation prevails, it means I’m not so attached to that object. For example, I’m the kind of person who usually collects many things. I never throw anything away, but it doesn’t bother me when I have to. Certainly, there is an emotional bond with the production of my works, but this is not connected to the object itself. I’m not obsessed with my works and I don’t “hold” them with an act of force.

SpeakART: In the artwork “Black e White” two glass blocks appear to be “choked” by a thin copper tube. This work takes inspiration from the tragic death of the Afro‐American George Floyd in 2020. How and how much does current news affect your work? According to you, are there themes that usually touch you more than others becoming particularly relevant in your work?
Lorenzo Passi: At the time of Floyd’s death, I was particularly shocked both by the brutality of that act and the impossibility of putting together what is simply different in terms of appearance. The idea that black and white cannot coexist without causing problems disappointed me so much that I wanted to translate it into an artwork. I thought a lot about this aspect, until I decided to create these two structures linked by the same thread. A way to meditate on this condition of ignorance which becomes fear; the fear of people, of what is different, contributes to take other people badly (and yourself as well). I must say that there are no themes which are more impressive, nor exists a particular mechanism of reaction towards them. I just experience reality in the most instinctive way. A reflection on a specific topic can simply arise or not.

SpeakART: UN established 2022 as the International Year of Glass with hundreds of initiatives on a global level. According to you, why is glass – a material with an ancient history – still contemporary?
Lorenzo Passi: Because it has unique features creating effects that no other material can give. If it is used in the right way, glass can be intensely expressive and can convey much more than other elements.
The contrast with other materials has a remarkable strength indeed. In addition, it’s a matter which allows you to play with light, sound. Basically ,with life itself.

SpeakART: Are you the kind of creative who usually looks at what others do or is there a moment when you did it? Is there some artist from the past who particularly inspired you?
Lorenzo Passi:
After taking this road, I discovered that there was an artist, Vinicio Vianello, who worked with glass and produced metal structures in which he used to blow glass. They looked like objets trouvés.
It has been curious to see other people work in a similar way involving the combination use of different materials, glass included.
For what concerns past, I like Man Ray. I really appreciate his artistic path.
As for contemporary artists, I’m not sure…basically, I’m a person who follows his own direction, but everything I see and live becomes part of me. In a way, it joins my road. In the same way as a piece is added to something which already exists.

SpeakART: AAt the moment are there new projects you are working on? What did you schedule in terms of exhibitions in 2022?
Lorenzo Passi: There are several projects even if they still are at an early stage.
At this moment, I’m working on a new installation of approx. ten artworks that will be converted into screens where images are projected and mixed by a software placed within the screen‐glass itself.
This way, the public will be involved in the work, even if I don’t want these images are clear, recognizable. The idea is that a dialogue is carried out “as a consequence” (chargeable and available online, from afar).
In a few words, a sort of social network upside down.
This is a complex processing which maybe will need the contribution of a technician. Anyway, I let time run its course. I usually don’t set a deadline, not even for the realization of the iron skeleton‐structures.
I prefer things freely flow.
Unfortunately, at the moment all of this coexists with another aspect. Since Murano glass production is suffering due to the raise of energy costs, I’m afraid it will be more and more difficult to collaborate with local furnaces to blow glass. However, I have enough energy and plenty of projects to keep on creating.