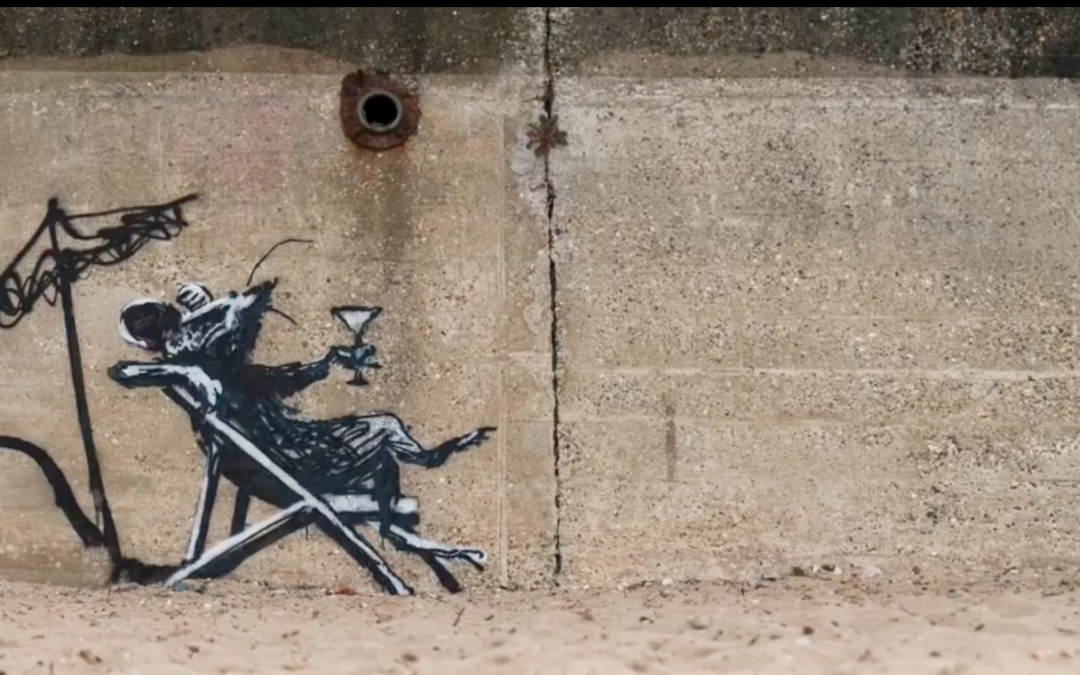 An old camper and a lot of spray cans. Banksy’s holidays are on the road, on the streets of the United Kingdom, to implement what from the video posted on her Instagram is an all-English “sprayfication”, specifically on a journey across the coasts of England. 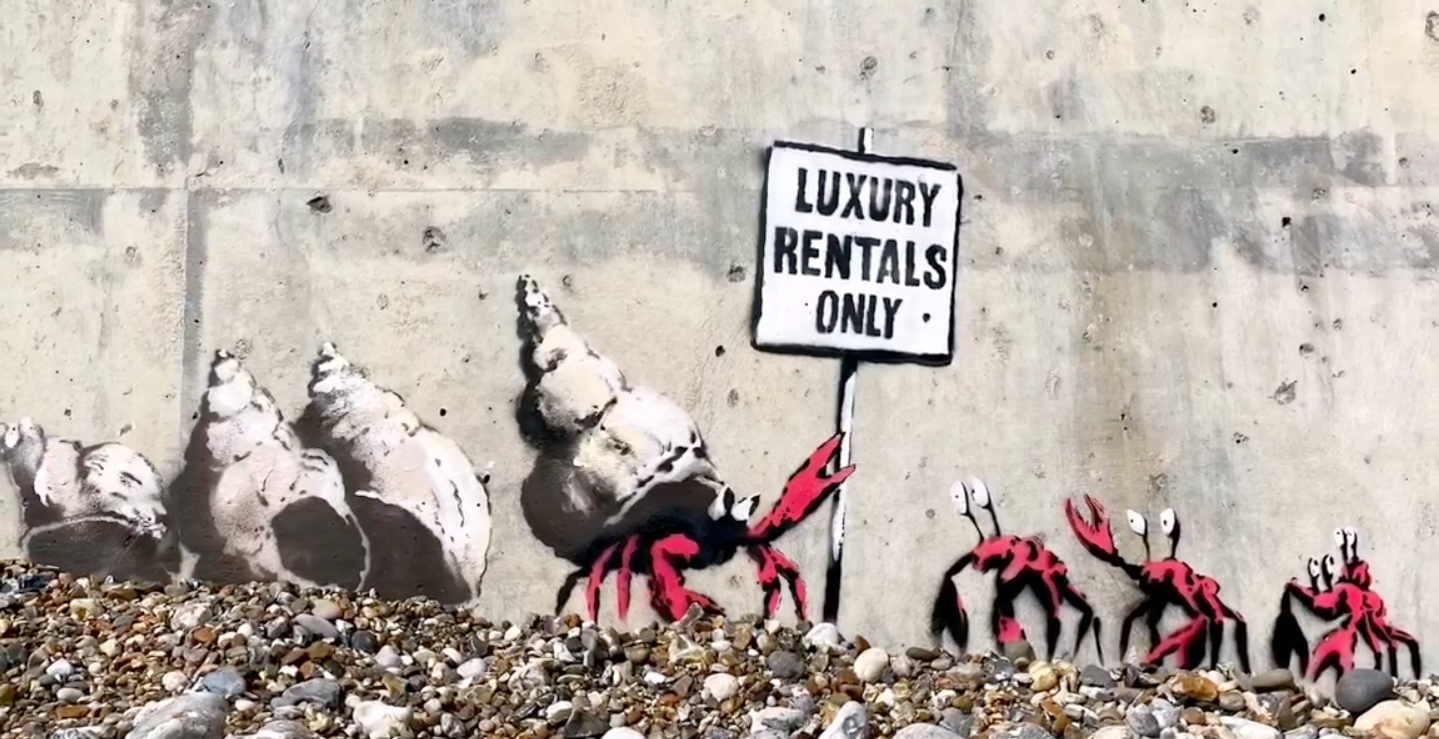 Along with the appearance of these works, doubts about their authenticity also appeared, but confirmation via social media could only confirm what everyone expected.

So her recurring mouse returns to a deckchair, sipping a drink under the umbrella, the crane of the game rooms, hermit crabs who rent shells “luxury rentals only”, a child who seems to build a sand castle; all images with an obvious holiday appeal. 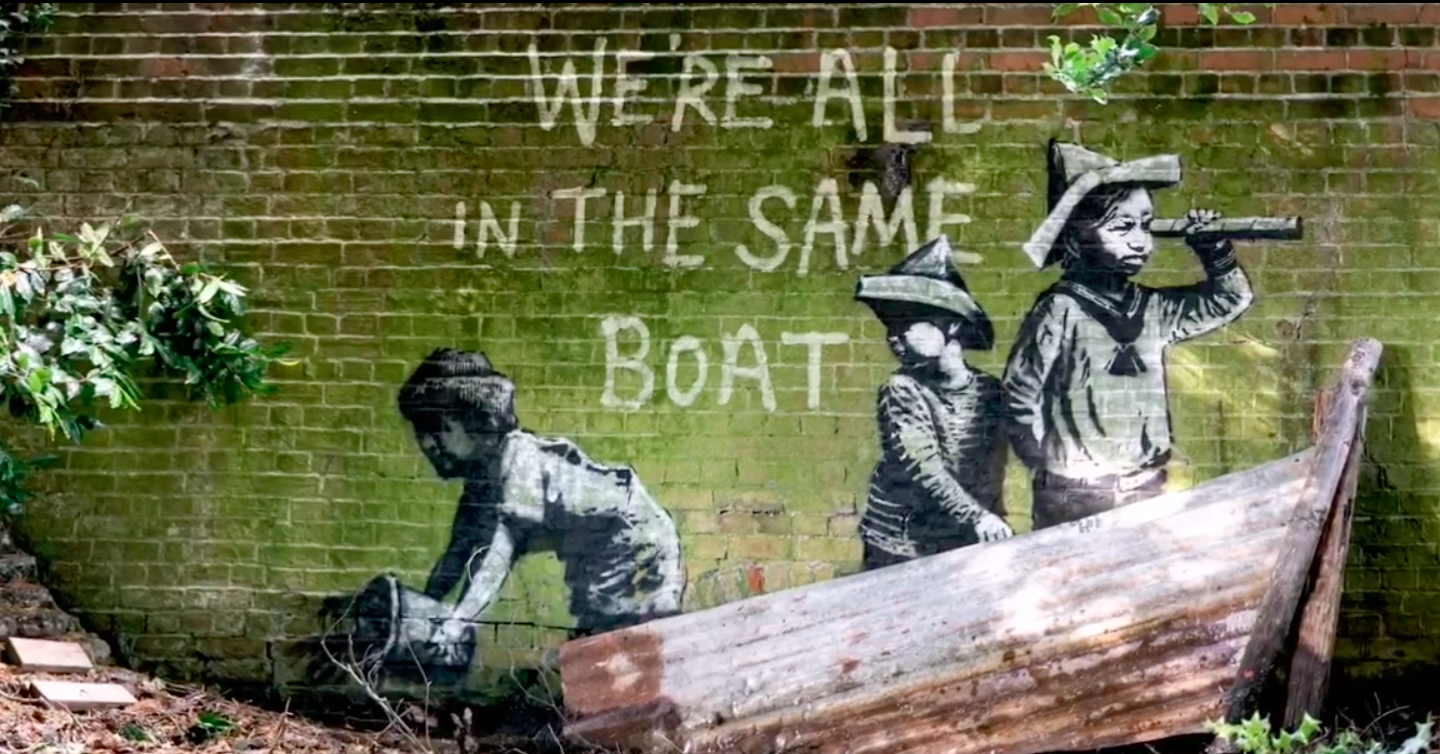 Leave the cans aside for a moment, instead, the statue of the engineer Frederick Savage of King’s Lynn is given a fresh ice cream cone complete with a tongue to enjoy it at its best.

But Bansky does not forget other issues, with the seagull who is ready to steal some food, but from the garbage, or the kids who in a tin boat are accompanied by the words “We are all in the same boat”. 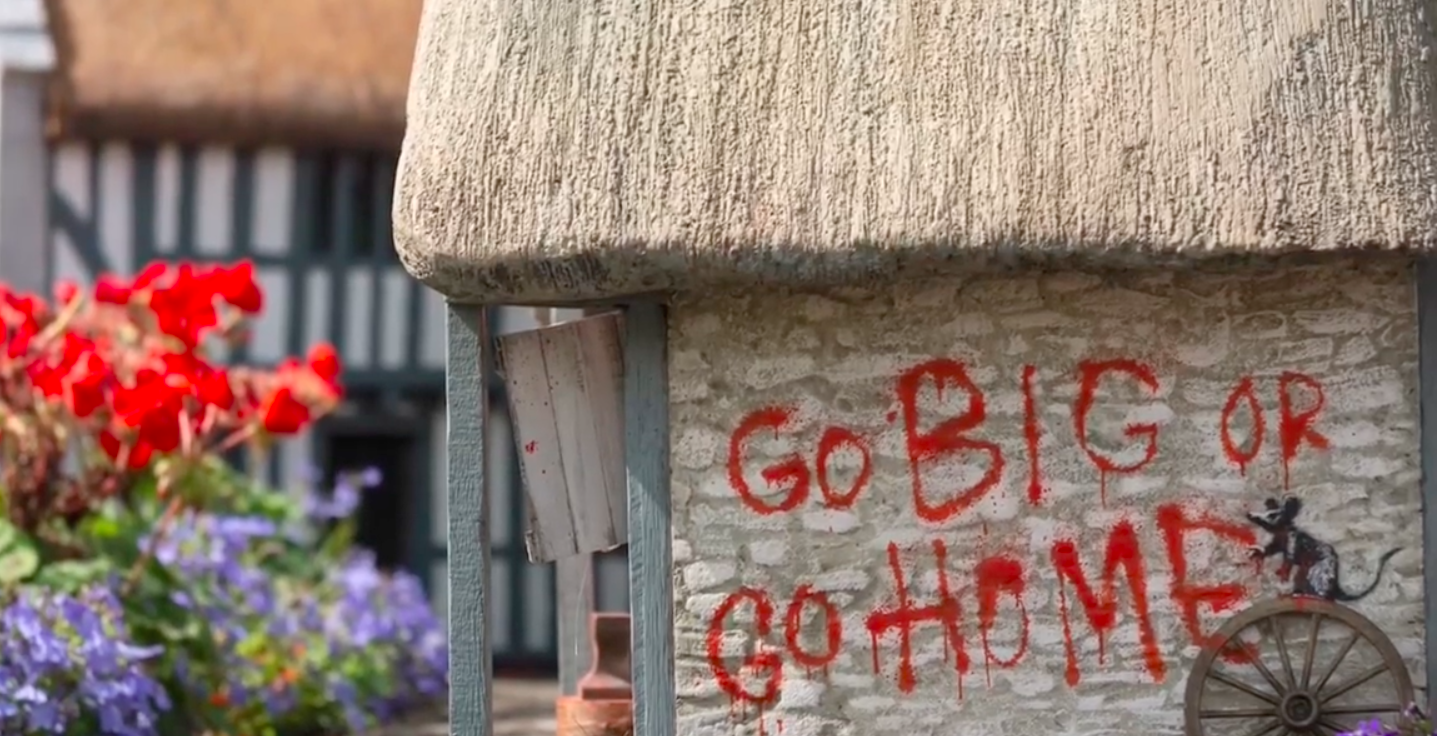 To conclude, Banksy also leaves his signature on a miniature building inside the amusement park, accompanied by the words “go big or go home”, which suits who better than him, since each of his works becomes viral live and on social media, as soon as one of his works appears on some walls around the world, doubts about his authorship are always very few.