There is a hotel with the worst view in the world.

Would you book a room ? Maybe not and, we can assure you, you would be wrong.

The hotel, in fact, is unique in the world both for the place and for its owner.

The “Walled off hotel” – this is its name – was opened in 2017 by none other than Bansky. The hotel is located in Bethlehem, close to the border between Israel and Palestine. The view, ironically defined as the worst in the world, overlooks the dividing wall between the two territories. 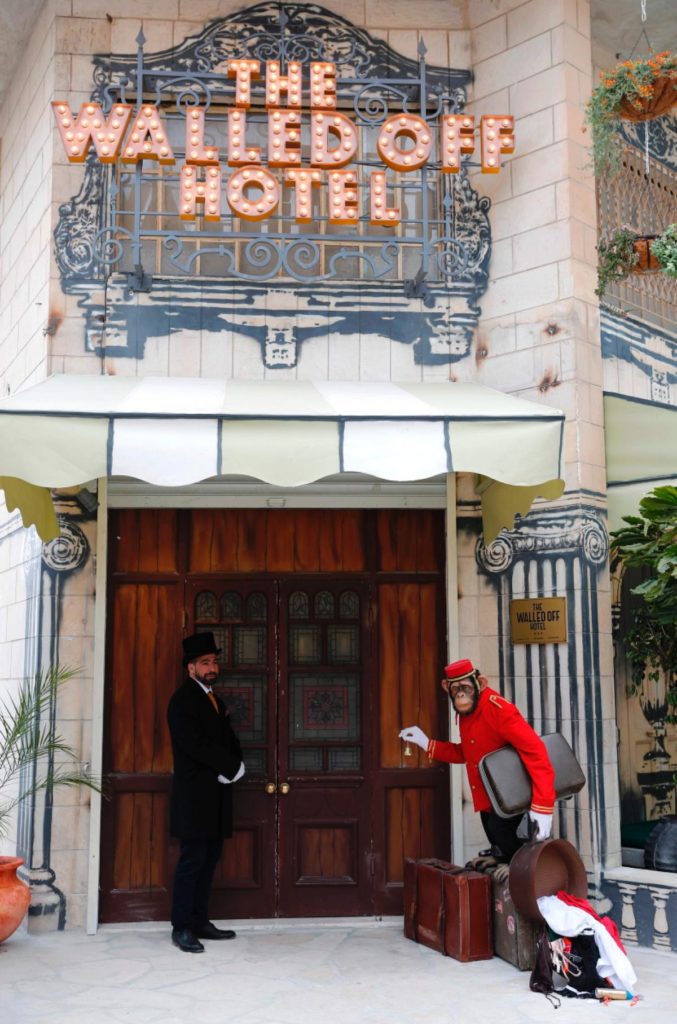 The hotel, where you can regularly stay, was entirely financed – non-profit – by the English street artist who decorated it with artworks, offering the visitor an incredible artistic experience. However, in addition to this, what is even more important is the choice of the place and the meaning it carries.

All the rooms’ view on the wall is certainly an invitation to reflect on the issue of conflicts in what is considered one of the most problematic and “hot” areas on earth. Not surprisingly, the hotel was inaugurated in the year of Trump’s election as president of the United States, and during his mandate Trump himself, unfortunately, made known his passion for walls.

The socio-political intent is evident.

If at this point, you were worried by the idea of ​​staying there, there is no need to be afraid: the Walled off hotel is inside zone C of Bethlehem, an area also open to Israeli citizens, crowded but also safe for tourists.

The interiors have been perfectly designed to the smallest detail, from the English colonial-style hall to the nine rooms, all different from each other and enriched with graffiti from the ceilings to the floors. 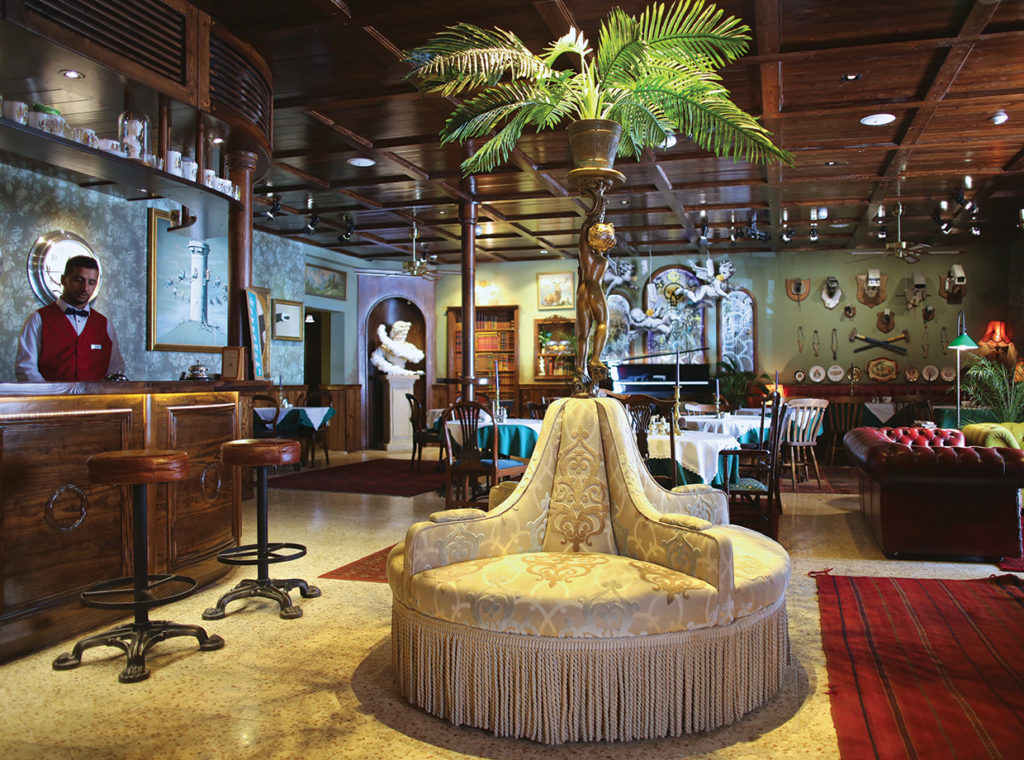 Banksy is not the only one to have artistically contributed to the construction of the hotel, together with him two other artists Dominique Perrin and Sami Musa took part in the project. 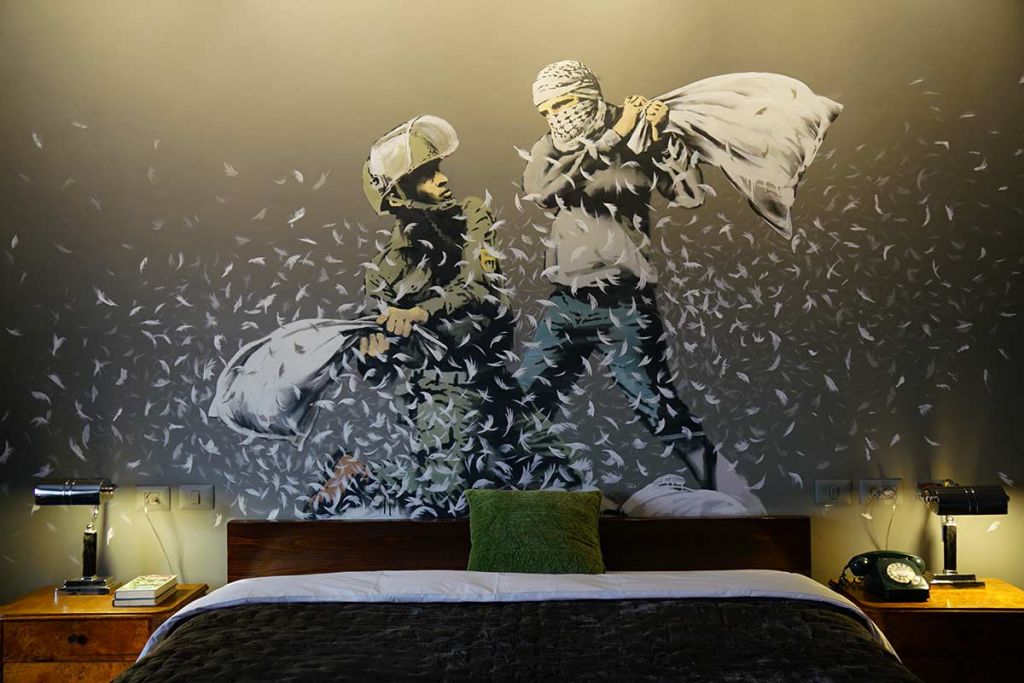 Walled off hotel, room with Banksy’s artwork – courtesy of Artribune

The Walled off hotel, which was originally scheduled to be open for just three months, has been so successful that it has not only been extended but could be the first one of other hotels.

Art, politics and social have found the right place where to stay.