The relaunch of Tiffany in the company of Basquiat, Jay-Z and Beyoncé 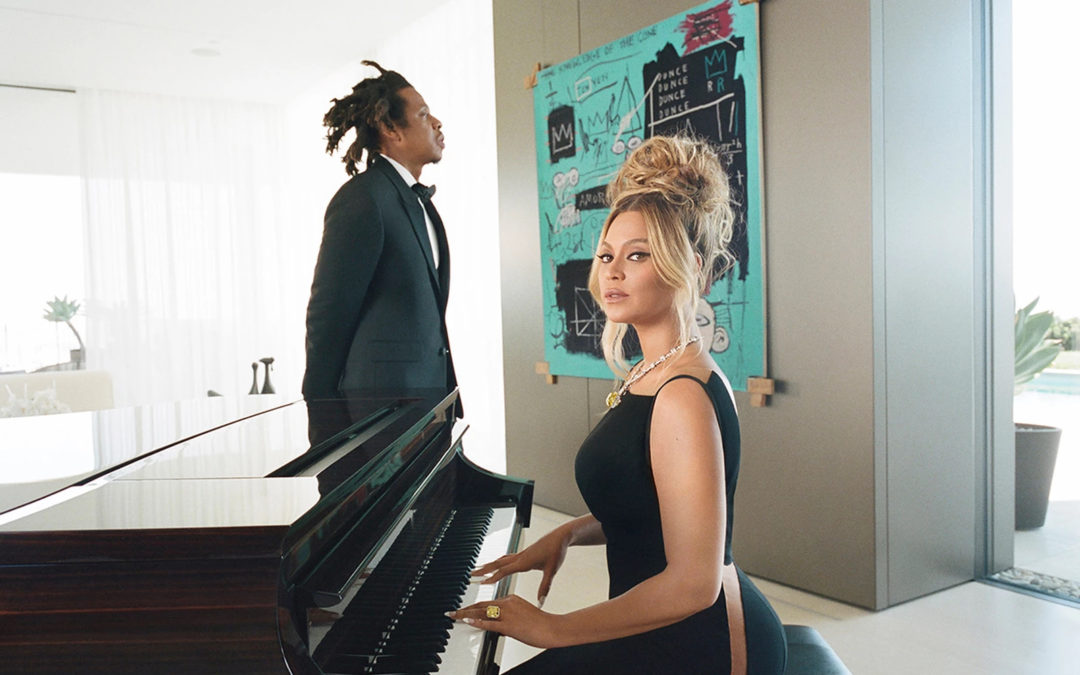 The relaunch of Tiffany in the company of Basquiat, Jay-Z and Beyoncé

A couple of stars, a mind-boggling diamond, a masterpiece almost never seen by the public of one of the most popular artists of recent years, a brand that has made a color its distinctive trait.

These are the ingredients of the latest, very successful, communicative enterprise of the giant Tiffany & Co: a campaign that confirms its position on the market, but opens the door to the desire for an ascent that opened in 2021, thanks to the not exactly economic acquisition by LVMH. 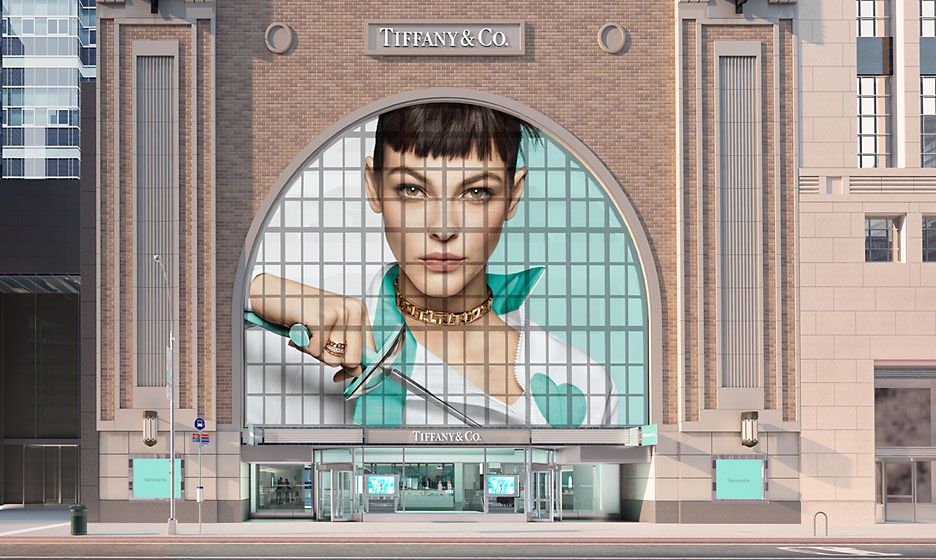 It was early January when the French luxury giant spent the modest sum of 15.8 billion to grab Tiffany, announcing a significant change of management, among which the name of Alexandre Arnault, one of the sons of the most renowned Bernard, stands out, who becomes executive vice president and head of brand communication.

If the strategies announced for the future were all focused on innovation and growth, will he be the credit of the latest advertising campaign?

The photos released in recent days have aroused not a little interest: first of all due to the presence of one of the most loved couples in the world of music and showbiz, Jay-Z and Beyoncè. Her, little black dress and the famous yellow diamond by Tiffany, so far worn only by Mary Whitehouse, Audrey Hepburn and Lady Gaga. 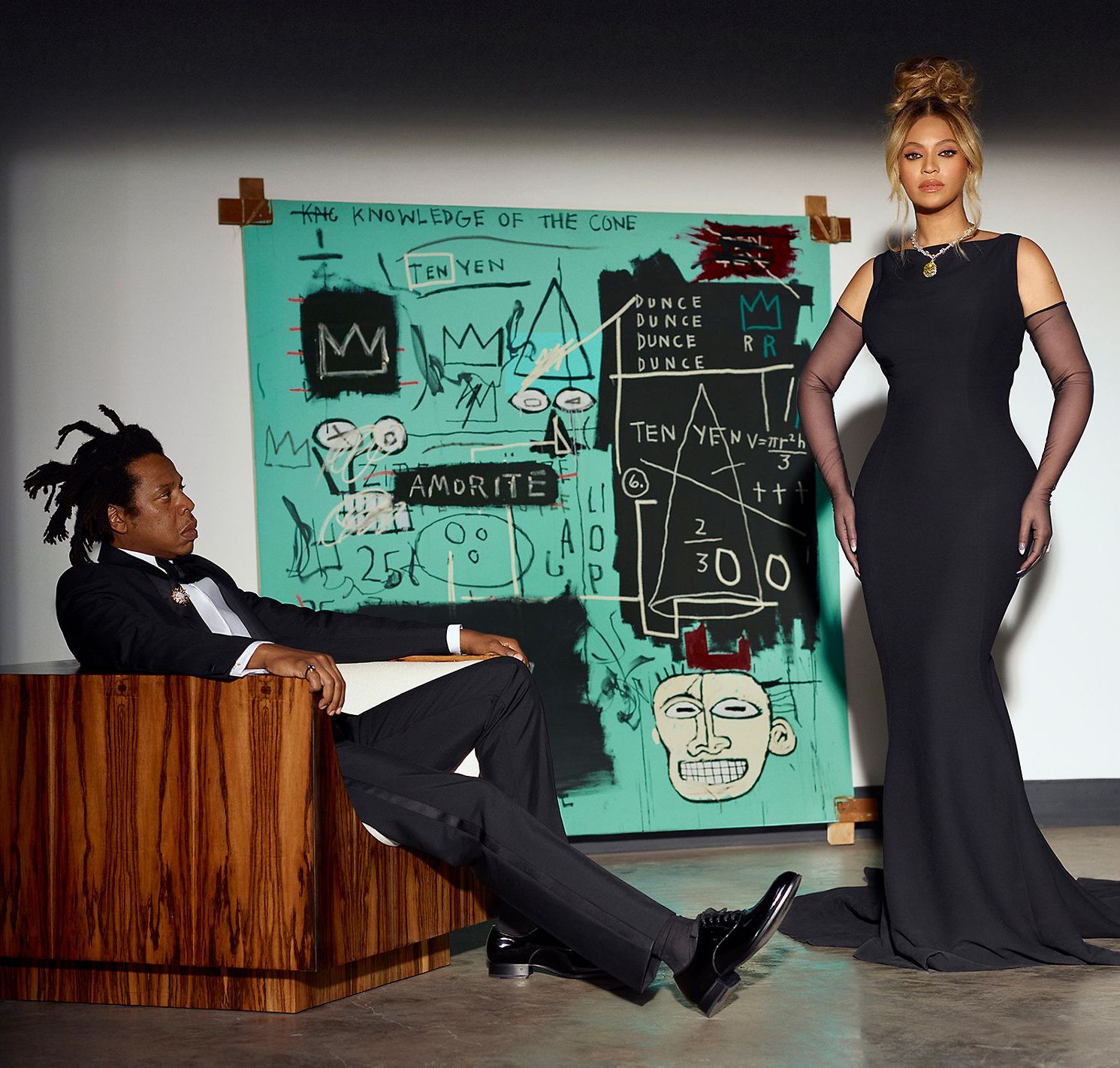 Him, a black suit and a hairstyle that immediately recalls that of a well-known artist. A reference that not by chance is matched by that great work with a blue background. Nothing happens by chance: the third protagonist present in the absence of these images is Basquiat and that painting is an integral part of the “About Love” campaign.

The “Equals Pi” canvas was recently purchased by the Arnault family for a few million dollars, and will soon be exhibited in the New York store on Fifth Avenue. A little known work, but which had passed into the precious hands of other members of the elite of jewelers: it belonged to the Sabbadini family of Milan (in their living room it was in fact photographed just a few years ago). 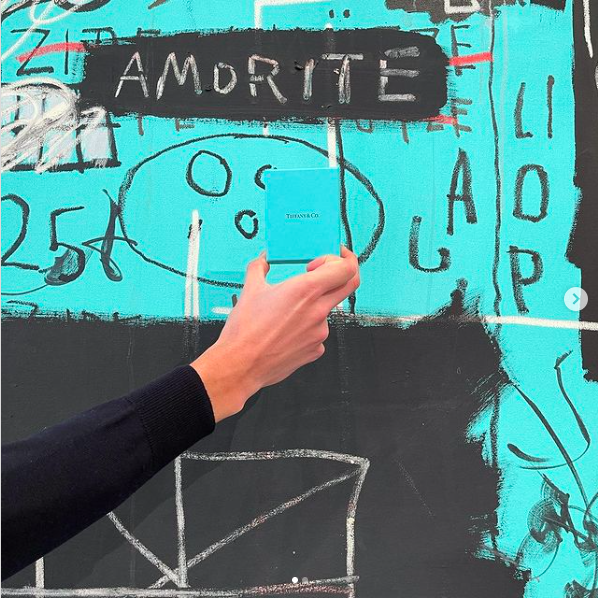 But that color that tomorrow seems almost a real reference to the Blue par excellence, that of Tiffany: a fatality or a tribute? Arnault junior himself states that there are no sources to confirm a link, but it was known that the artist “loved New York, luxury and jewelry”. It cannot therefore be a coincidence: “The color is so specific that it must be a kind of homage”.

And what better communication choice could be made to give new light to the color of the Maison: all attention is drawn to that work, perhaps for the first time the only place where the much loved blue is. But after such a sparkling start, what other news can we expect from the jewelry giant?