The return of JR, who tears the walls of Palazzo Farnese in Rome 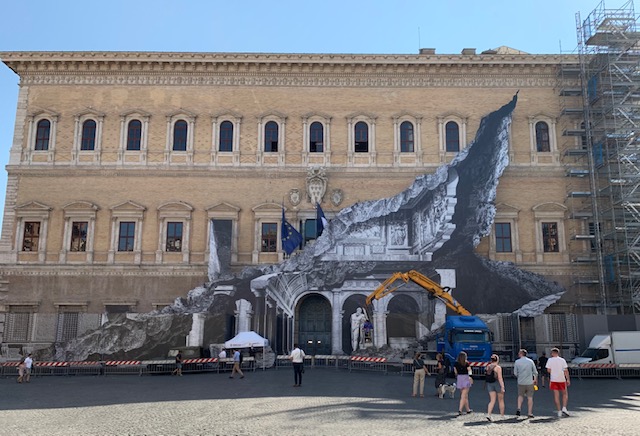 The return of JR, who tears the walls of Palazzo Farnese in Rome

Palazzo Farnese is a wonderful example of sixteenth-century architecture in the capital, bearing the signs of the hands of four architects of a certain caliber that have followed one another in its construction: Antonio da Sangallo the Younger, Michelangelo, Vignola and Giacomo della Porta.

To date, the French embassy has been granted use, which has its headquarters here together with the École française, and it is precisely from the French government that the investment of 5.6 million euros is born to complete those restoration interventions that they will cover the exterior of the building. 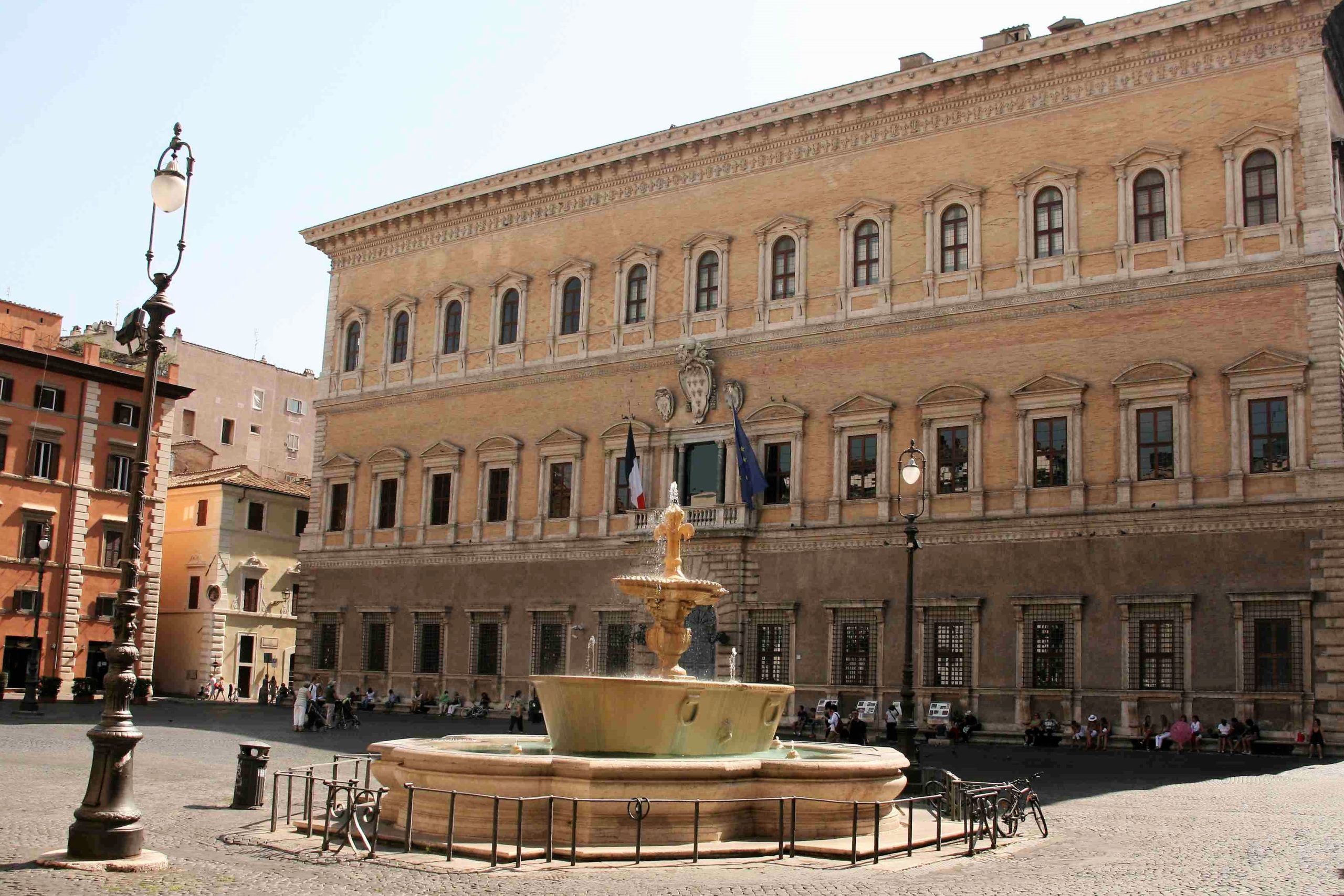 This operation was declared as an opportunity to enhance the building itself in an even broader sense: from the beginning of the works in the spring of this year it was declared that several artists would be called over the next four years. (the restoration should in fact be completed in 2025) to propose a reinterpretation of the building, its history and its works using the construction site.

And the first name that crosses the mind, and that actually implemented the first of these artistic interventions, is precisely that of JR: now closely linked to Italy after “La Ferita” which appeared at Palazzo Strozzi, it re-proposes that distinctive gash that allows a glimpse of the interior of Palazzo Farnese. 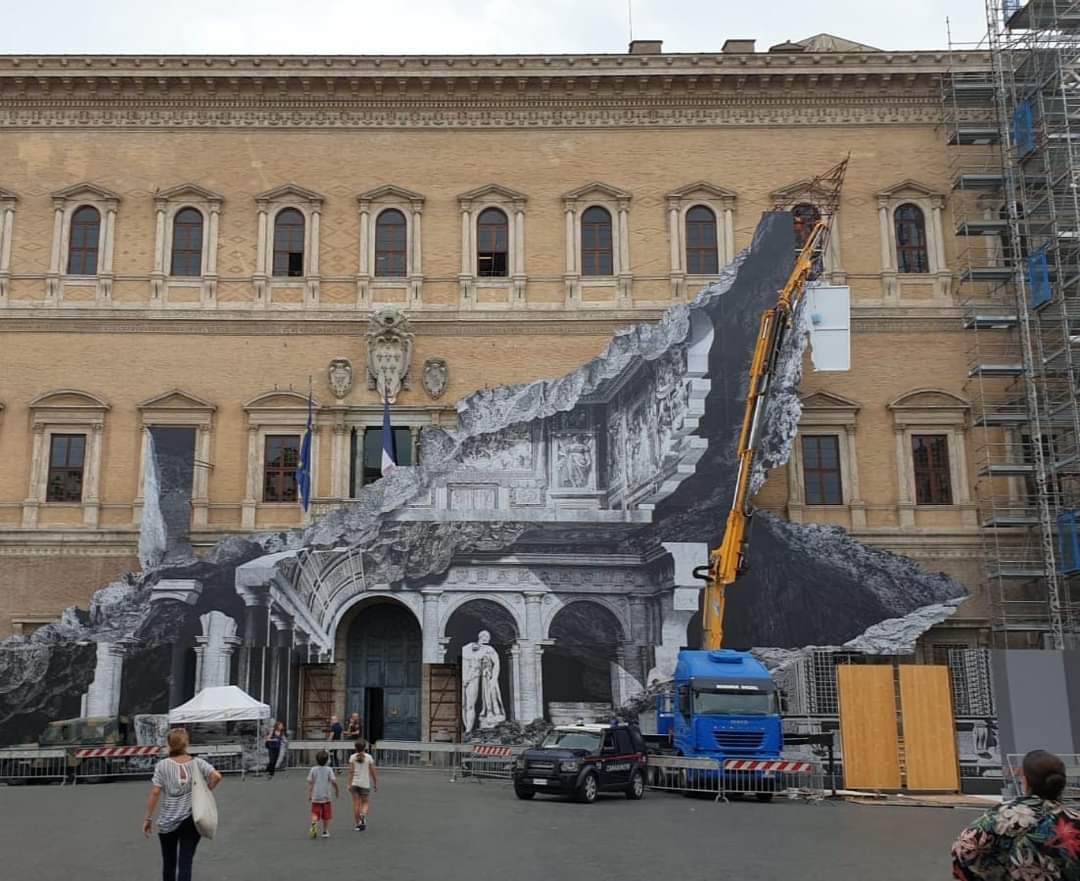 Between the aisles, the barrel vaults, the columns there is an imposing reproduction of the Hercules which is Farnese still in name but no longer in fact, since it is currently housed in the rooms of the National Archaeological Museum of Naples together with other works from the collection .

That “the walls of the whole world” are the largest art gallery at his disposal, JR has proved it once again. But who knows who will be next to challenge the master on the walls of that building that brings so much history with it. 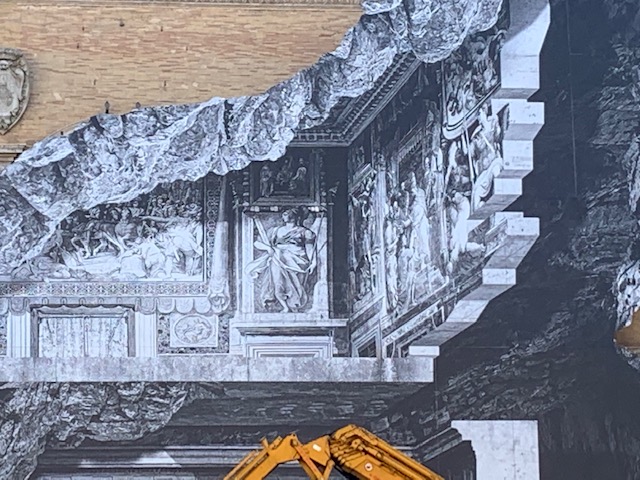