The Sicily of Isgrò between myth and nature: Empedocles’s Dream 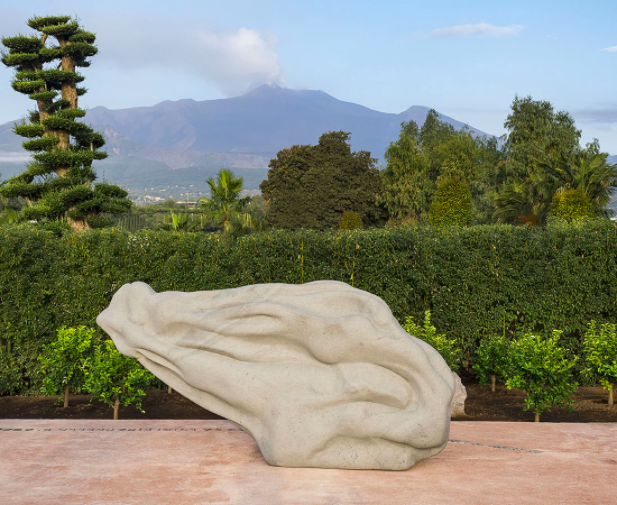 The Sicily of Isgrò between myth and nature: Empedocles’s Dream

We are in Giarre, in the province of Catania. It was 2017 when the Radicepura Garden Festival was born for its first edition, by the homonymous Foundation, with the aim of focusing attention on the enhancement of botanical biodiversity, but also on education towards art.

In this context, “Il Sogno di Empedocle”, a site specific installation resulting from the thought and the hand of Emilio Isgrò, created on the occasion of the event, sees the light. 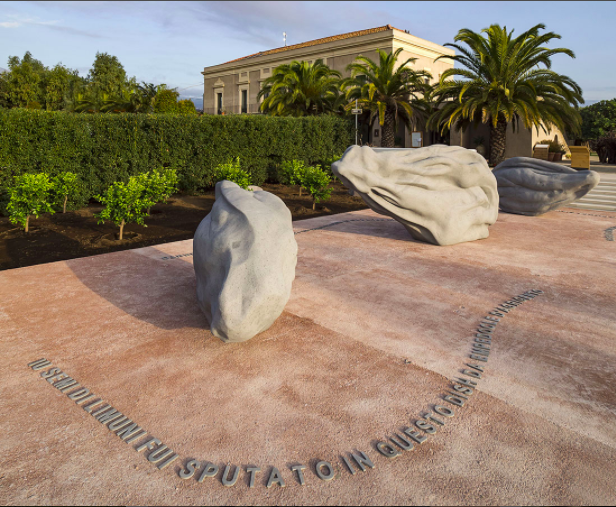 Combining myth and literature, art and nature, the work takes its inspiration from the legend involving Empedocles: with all the imagination that can involve the story, it is said that the philosopher, during a volcanic eruption, approached the crater of ‘Etna by throwing himself into it to confirm his belief that he has become immortal.

There are those who claim instead that he died near the volcano, not voluntarily but while he was studying its emissions. In any case, the myth ends with Etna returning one of the bronze sandals that it always wore. 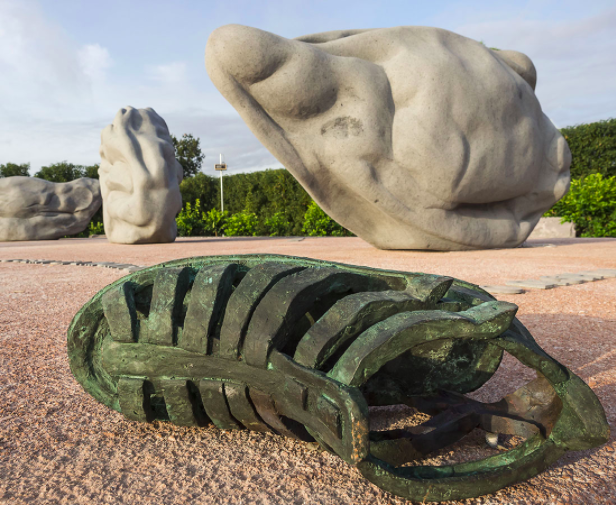 And it is precisely a sandal that we find in the installation, accompanied however by three enormous lava basalt seeds, inevitably recalling Empedocles, as well as Giovanni Verga and Luigi Pirandello.

The seed is a recurring element in the artist’s production and poetics, magnified, as a metaphor for something small that represents something big, making visible deep meanings that have reason to be revealed.

With Etna behind it and the scent of citrus around it, this work aims to be a real seed for the future, giving the lava the opportunity to be a fertile land.