The main work in Botticelli’s production, as well as one of the symbolic paintings of the Renaissance and of the city of Florence, the “Birth of Venus” represents the ideal of female beauty but also metaphorically initiates the vicissitudes involving the goddess of beauty.

Although the work actually recalls her arrival on the island of Cyprus, it is intended to be a celebration of Venus in any case contextualized in the place that gave it its origin, that is, the foam of the sea.

However, its actual origin is shrouded in a veil of mystery, in which the myths narrated by Hesiod and Homer intersect: the first claims that it derives from the god Uranus, at the moment of his castration by his son Saturn and from whose fallen seed into the sea she gushed out; while the second reports Jupiter as father and the nymph Dione as mother. 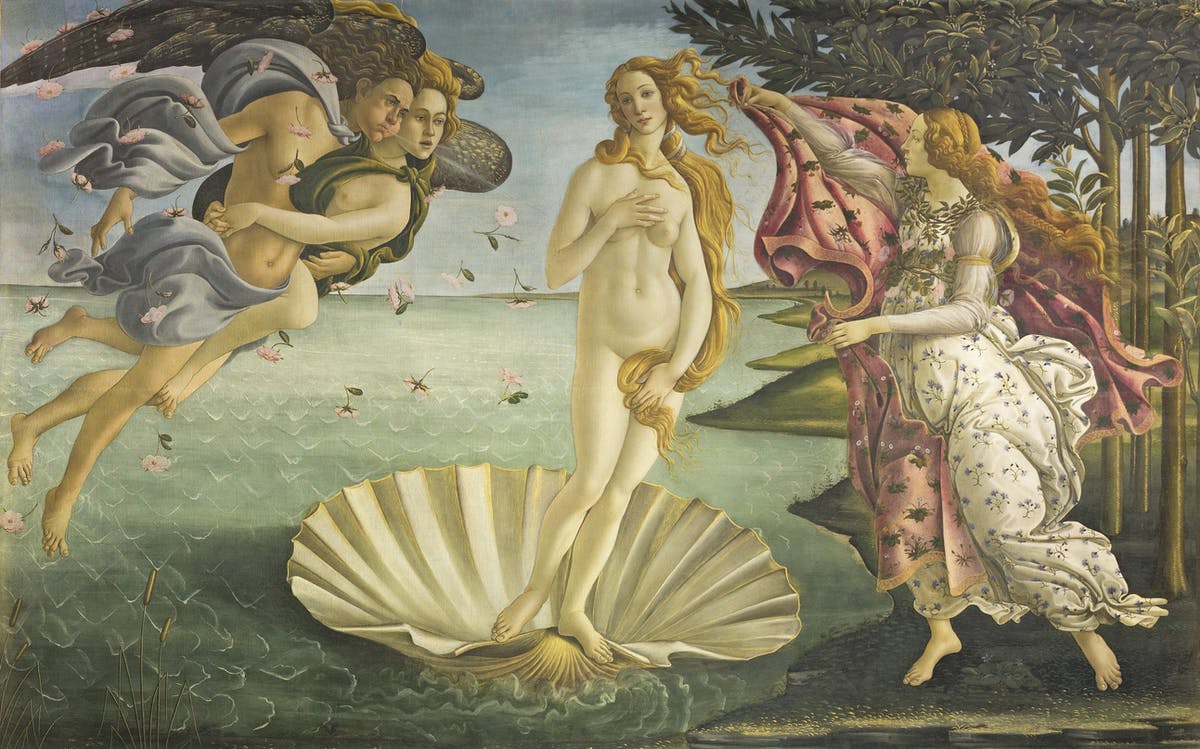 But leaving out the veracity of one or the other myth, the fact remains unchanged, that among the numerous vicissitudes that involve it and the different interactions it had with the protagonists of mythology, its main role is concretized in the importance it had for the purposes of the foundation of the city of Rome.

In fact, the Aeneid tells us how his son Aeneas flees from Troy with his father and son and then, amidst difficulties and dangers, arrives in ancient Lazio: from here the story is known to all, passing from Ascanio to Romulus and Remus.

In these tales handed down for centuries, fate and unchangeable destinies intertwine that seem to have a greater meaning and plan to which they undergo: even one of the greatest divinities known to us was born not by chance, and with a sense his actions l ‘led to intervene on what is the history of an entire people.