The yearning for freedom: Igshaan Adams 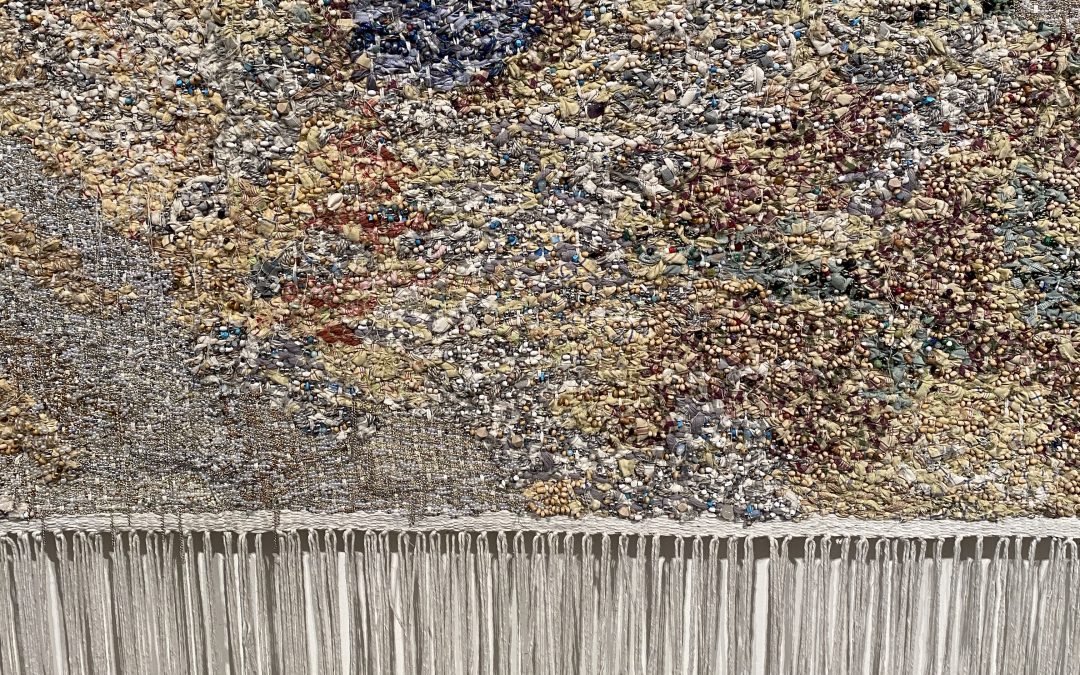 The yearning for freedom: Igshaan Adams

Igshaan Adams, who was born in the suburbs of Cape Town and grew up in the context of apartheid, is exhibiting his monumental poly-material tapestries at the Art Biennale 2022.

The artist encloses his personal stories in thread, string, plastic and shells.
Through his textile installations he conducts a study of space and materials, but not only that: he also addresses a political and social message. 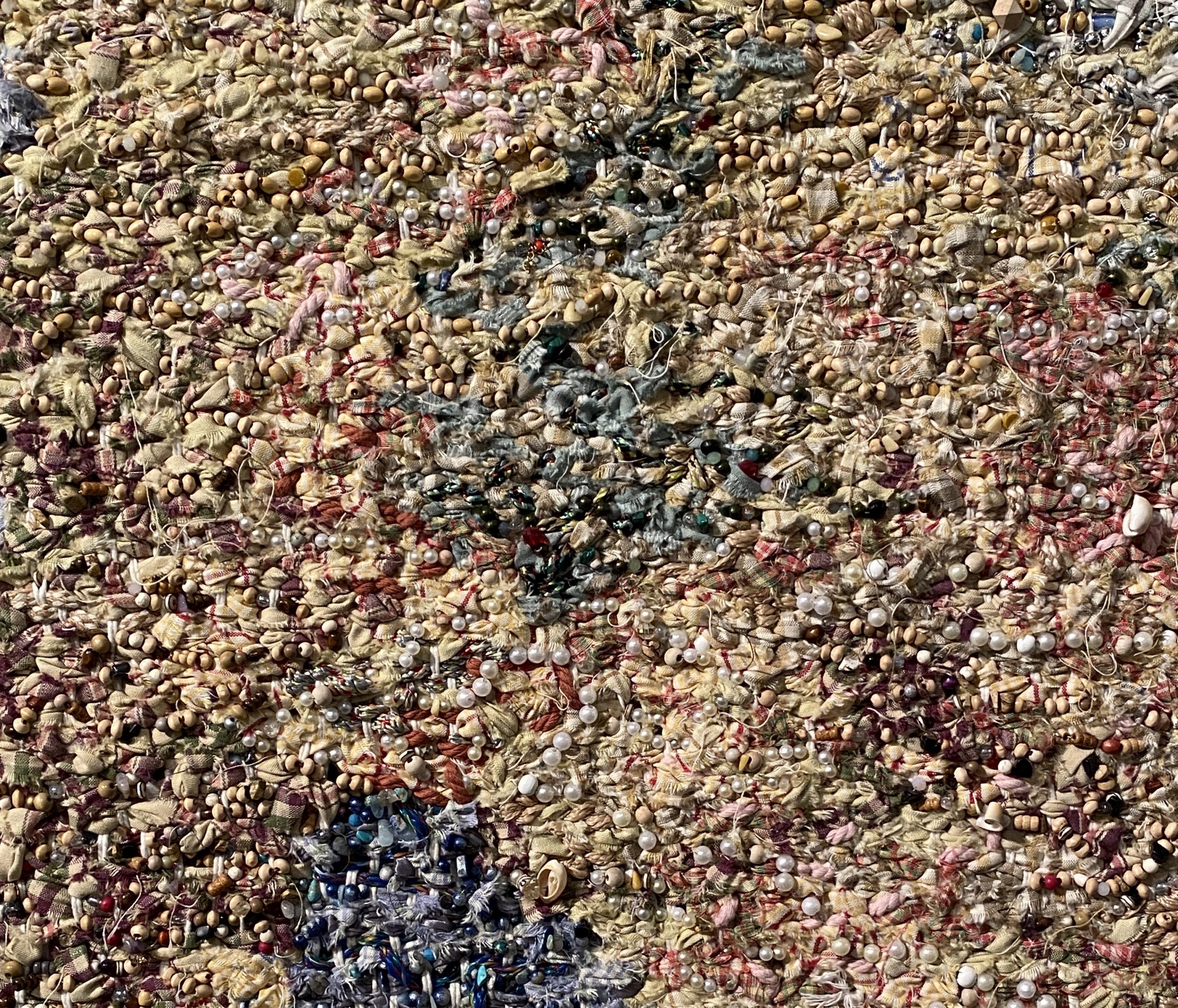 Adams does not merely recreate a conceptual bond with family and friends, but rather resorts their help in the realisation of his creations. Thanks to this, he infuses the link between materiality and idea into the work itself.

In some of his works we notice that the imposing surfaces are crisscrossed by paths that create a particular movement on the tapestry. Adams calls these paths “lines of desire”: a clear reference to the ardent longing for freedom in the dark periods of his history. 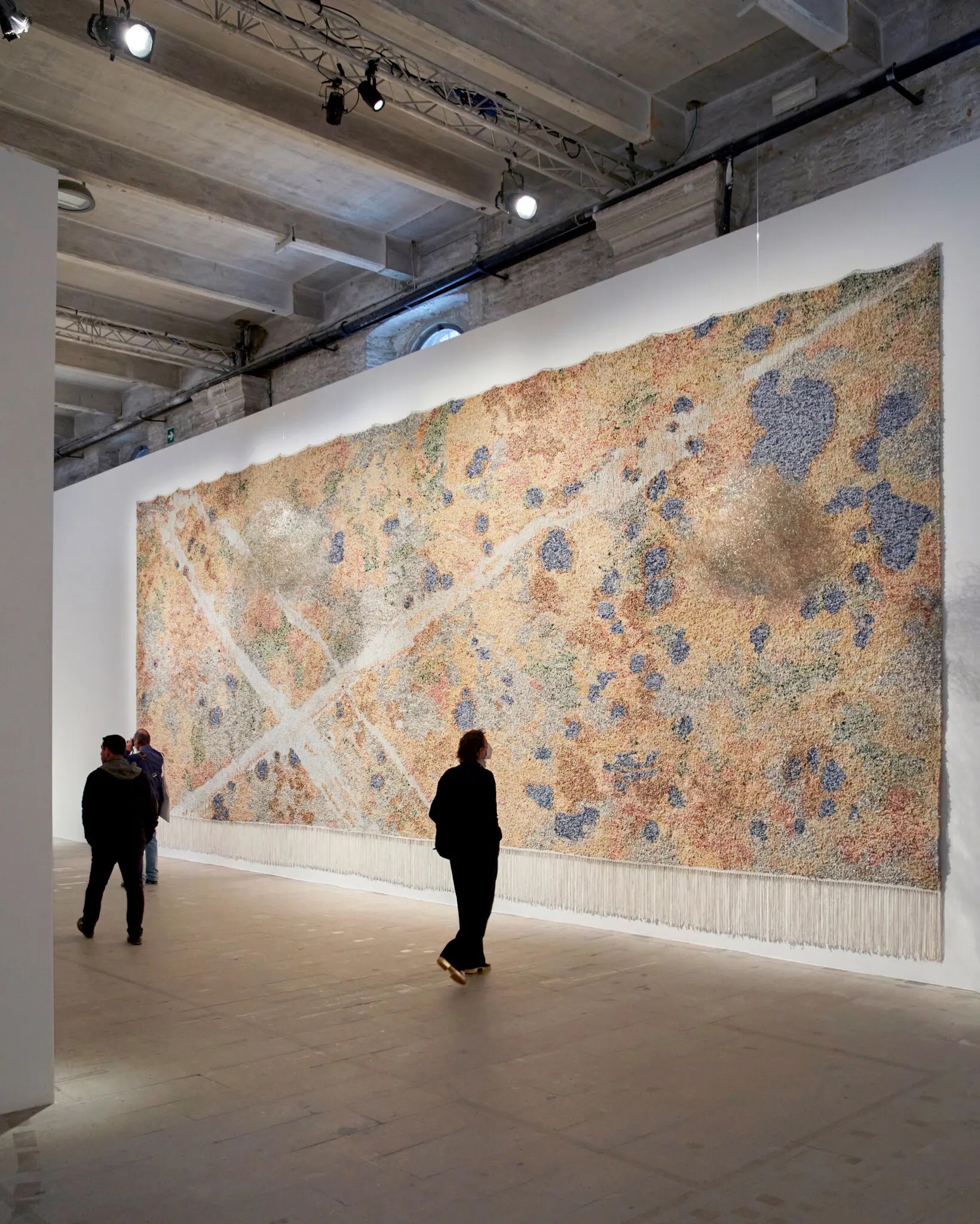 Lines of desire, commonly, are paths that are created through the erosion of green or suburban areas by the passage of people.

In South Africa, when the government imposed isolation between the different indigenous communities, these paths were crossed stealthily in order to maintain relations and connections between individuals. These walkways were also used by men in search of work through the industrial outskirts of Cape Town.

As we have seen, however, Adams’ message never stops at criticism but always looks beyond the negative: these paths, born of necessity and constraint, become a manifesto of freedom.