We never stop talking about it: once again Banksy-mania 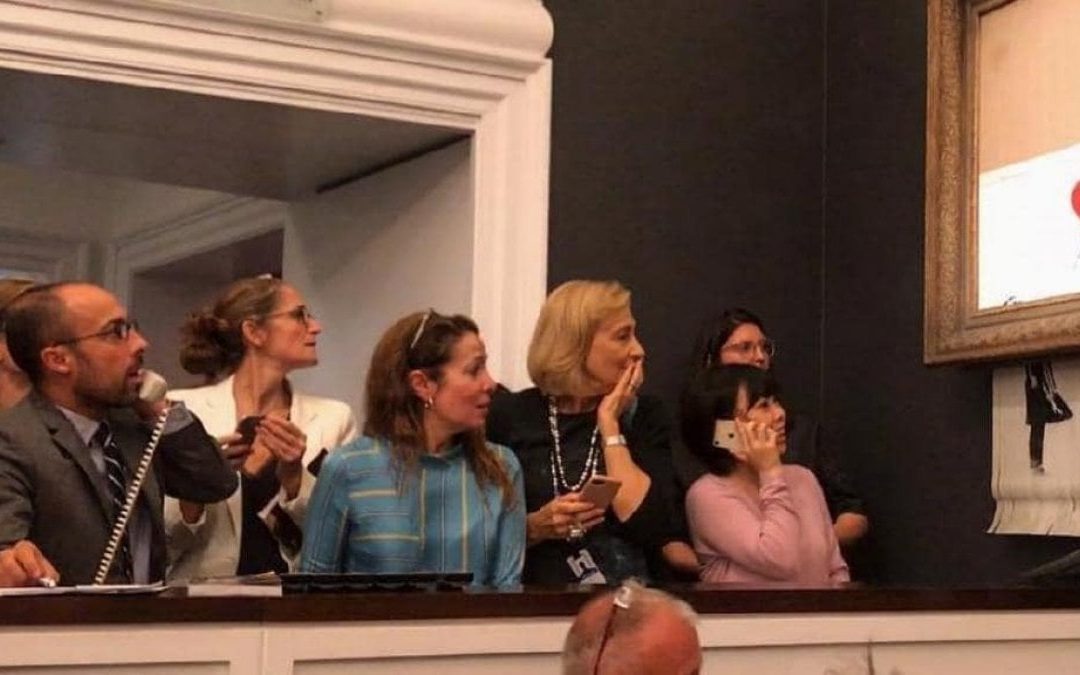 We never stop talking about it: once again Banksy-mania

Banksy is that acquaintance you always like to hear about, because as little as you know him, you know that they could always reserve great surprises.

In this case, however, it was not the artist who made any gesture that aroused particular sensation: he himself is the victim, together with the almost namesake collector Pranksy, of a successful scam, which was just as well solved.

At the end of August, Pranksy grabbed on the OpenSea platform Great Redistribution of the Climate Change Disaster, an NFT that pays the modest sum of $ 300,000, thanks to Banksy, as evidenced by the direct link to the artist’s official website. 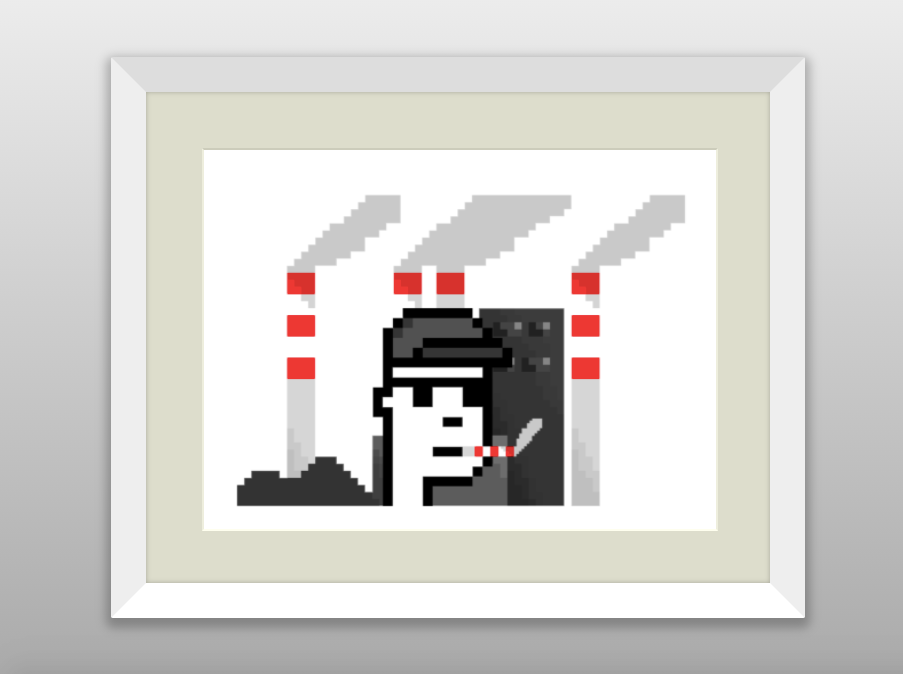 The problem arises as soon as the sale is completed: not only does the link disappear, but it is the Banksy team that claims that one of his works has never been auctioned by them. The poor collector understands that the scam of which he is the victim is perfectly successful; in addition to being stunned, he doesn’t have much else to do precisely because of the logic that governs the functioning of these marketplaces. Once the sale has been concluded and the Ethereum transfer carried out, there is no escape.

Suddenly the twist: the scammer himself changes his clothes to wear those of honesty, returning to the pranked Pranksy all the amount spent (excluding the commissions requested by the platform), perhaps moved more by unexpected advertising and the fear of being discovered in his true identity that gives a real sense of guilt. 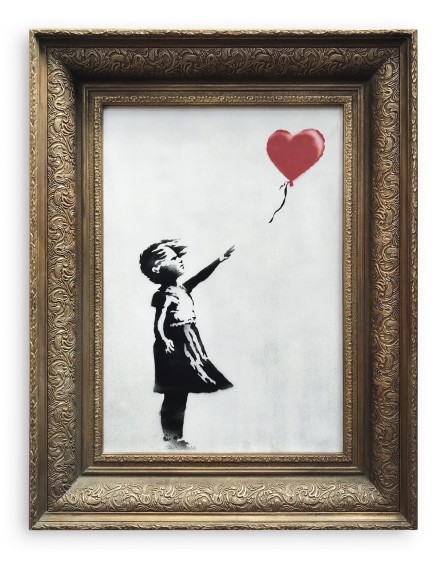 Let’s move on to something that really passed through Banksy’s hands, and whose story nevertheless caused quite a stir a few years ago: it was in October 2018 when the artist, right after obtaining his auction record with a hammer price that exceeded a million pounds, ends his show with an unexpected gesture to say the least.

Girl with balloon slowly begins to self-destruct surrounded by the applause of the public who honored the sale, and which soon turned into expressions of amazement. A mechanism put in place who knows when by the artist himself, precisely as a sign of protest at the logic of the art market, which instead led to the opposite effect.

The collector has in fact accepted, perhaps against all expectations, to pay for the work at the expected price: perhaps he had already seen us for a long time, since on October 14 he will return to the phantom rooms of Sotheby’s for the Contemporary Art auction and just Love is in the bin (the new title awarded to the girl with the balloon) will be auctioned again, with a sale estimate between 4 and 6 million pounds. 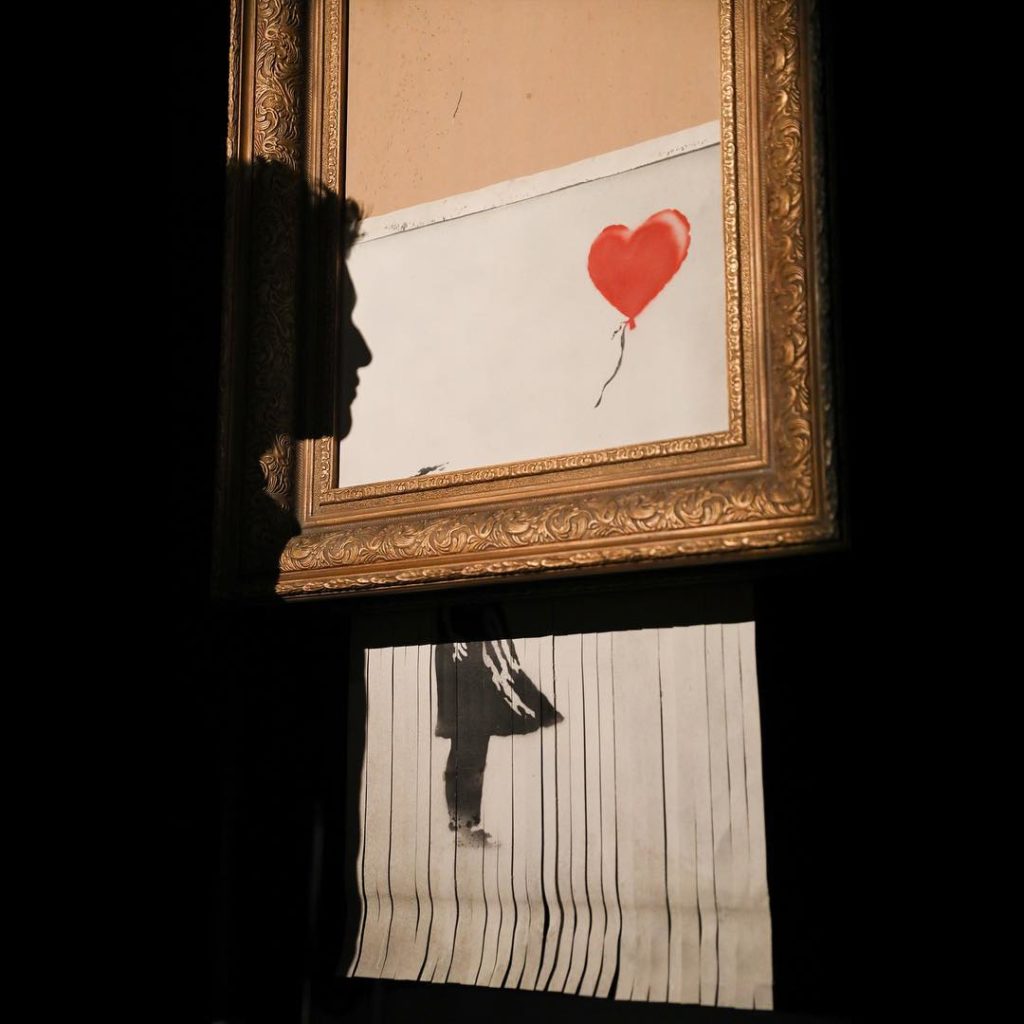 Banksy, Love Is in the Bin – Courtesy Artnet