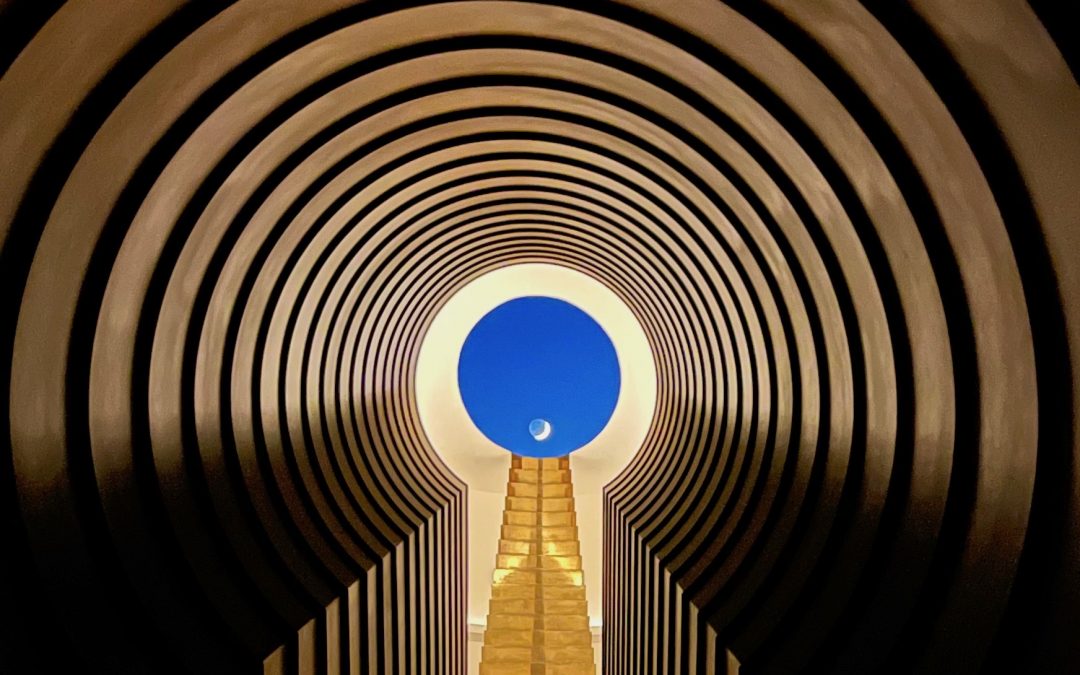 American artist James Turrell makes light his main mode of expression, freeing it from supports and turning it into a work of art.

Born and raised in California in a family of the Quaker Calvinist sect, he carries the fundamentals of this religion with him throughout his career: against  any kind of representation, it professes the search for inner light, that is  the truth, in the holy spirit.
And so Turrell has been working with light sources for half a century, without using  figurative images, but  looking for the inner vision as revelation and becoming one of the leading exponents of the Light and Space art movement. 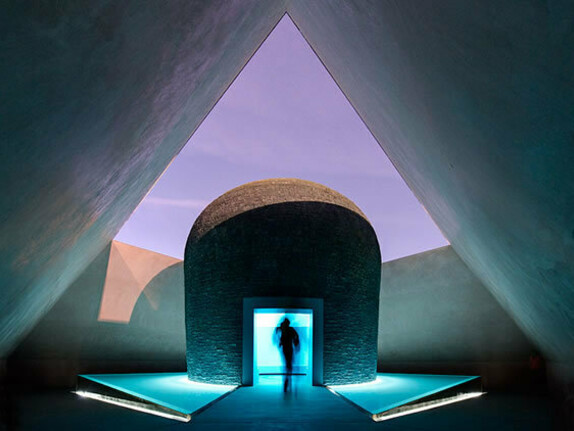 By studying the psychological processes of visual perception, that is how the eye and brain process the light stimulus, he found a way to create two- and three-dimensional effects using light and specific surfaces.

Thanks to the Art & Technology program set up by the Los Angeles County Museum, the artist is able to conduct experiments on perceptual fields and sensory deprivation, thus providing the decisive impetus for his work.
On the basis of these studies, he creates installations using the Ganzfeld effect: in psychology, this term indicates the total loss of depth perception. 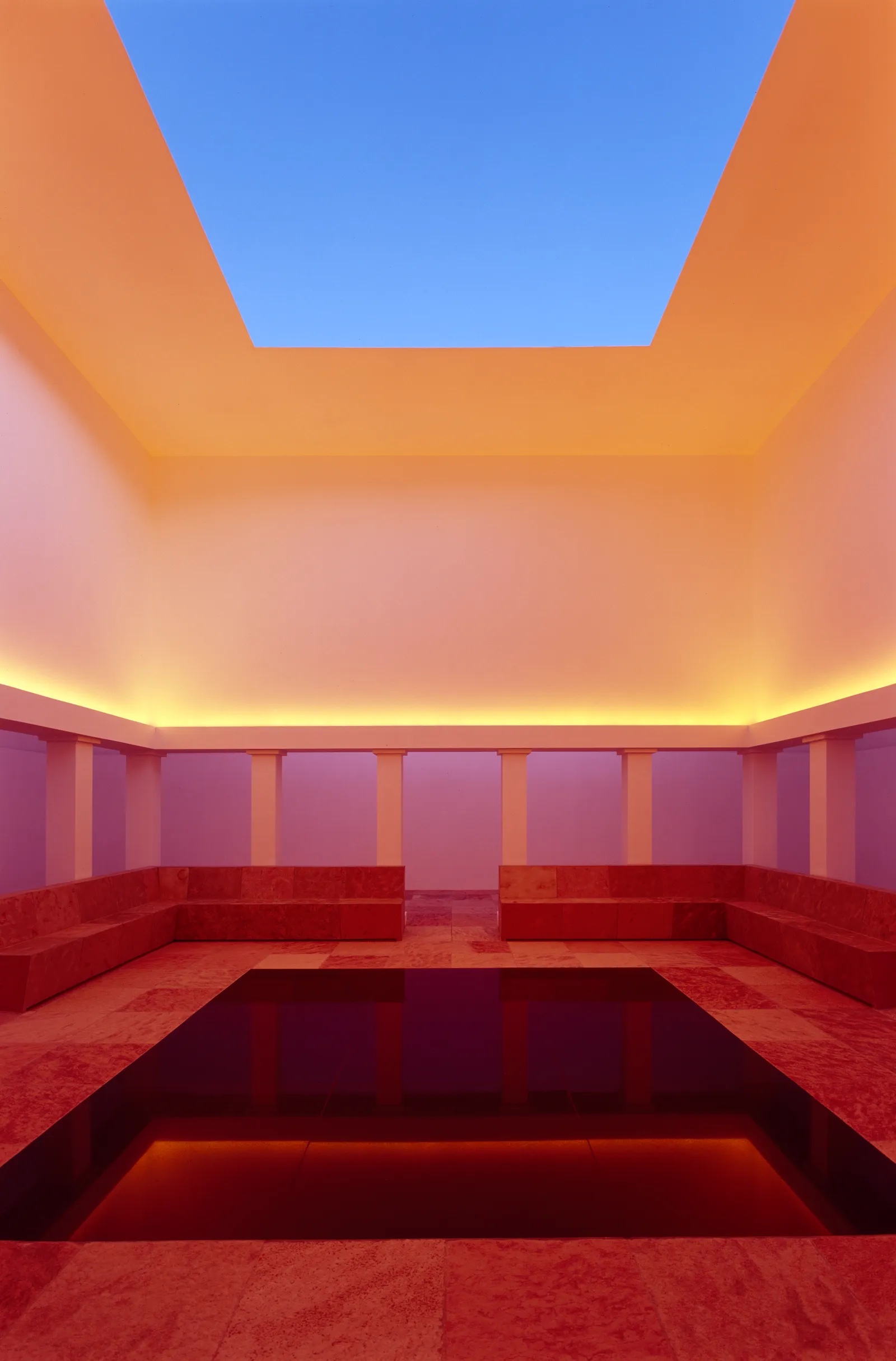 In James Turrell’s art, this phenomenon is used to provoke a kind of hallucinatory state in observers, through a direct stimulation of light that temporarily blinds their vision.
The artist defines this reflexive state as ‘seeing yourself seeing – seeing yourself in the act of seeing‘.
Some of the site-specific installations in which Turrell used the Ganzfeld effect are, for instance, the “Single Wall Projections” and the “Mendota stoppages” created between the 60s and 70s.

One of the artist’s most astonishing works, however, is the Roden Crater.
Turrell acquired the Roden Crater, located in the Arizona desert, in 1977 and made it a gateway to the contemplation of light, sky and space.
In fact, he worked inside the volcanic crater, without encroaching on the natural landscape outside, but creating tunnels and openings that open onto the pristine skies, capturing natural light: sunlight by day,starlight and moonlight by night. 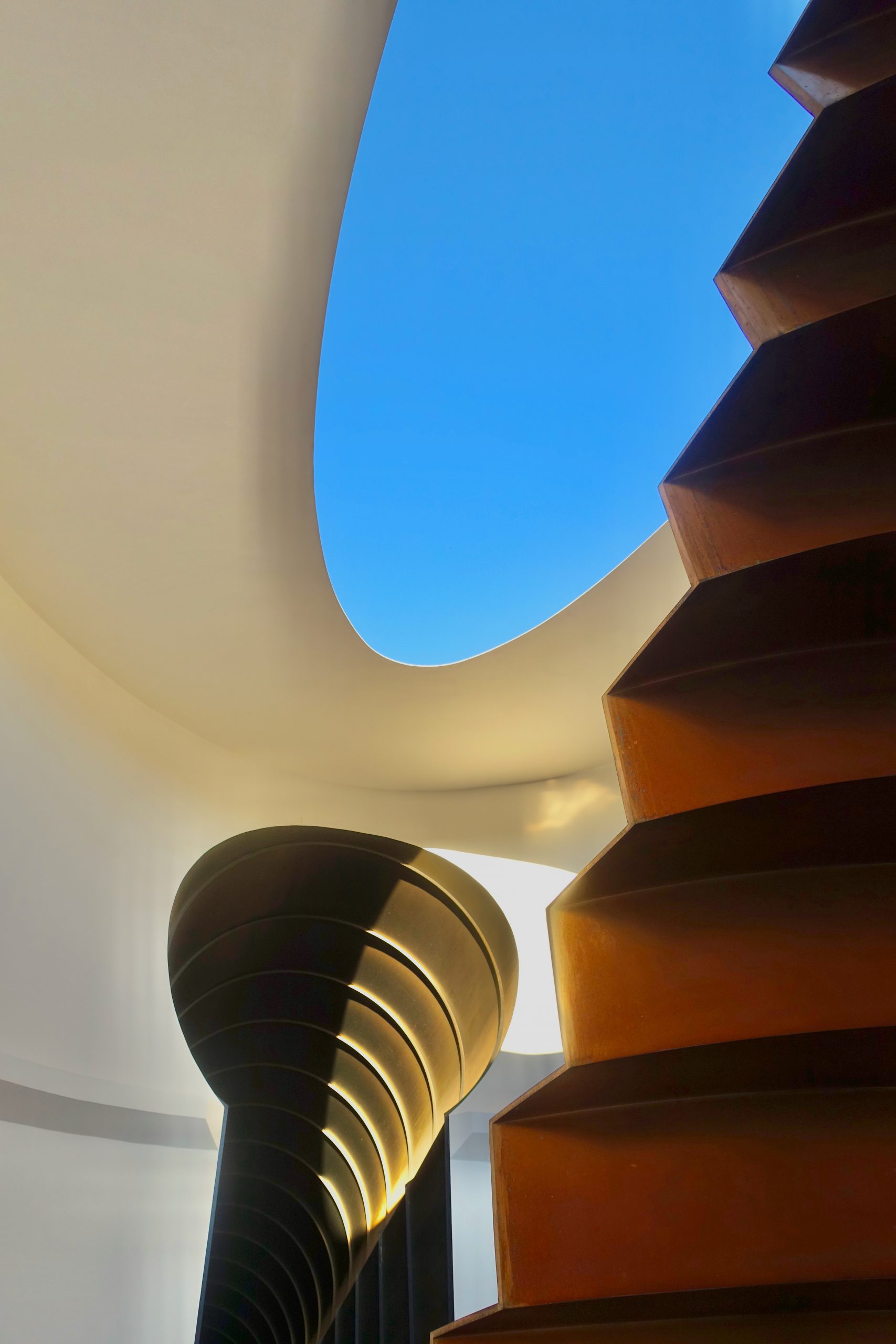 He thus reaches the highest point in the experimentation of self-seeking by looking at the world, achieving a perfect alchemy of space and light between earth and sky.