Tullio Crali’s passion for flying derives from his biography experience, but it inevitably also translates into his artistic production, making him a perfect representative of the current called “Aeropainting”, closely linked to the Futurist movement and its predilection for the myth of modernity and of dynamism. 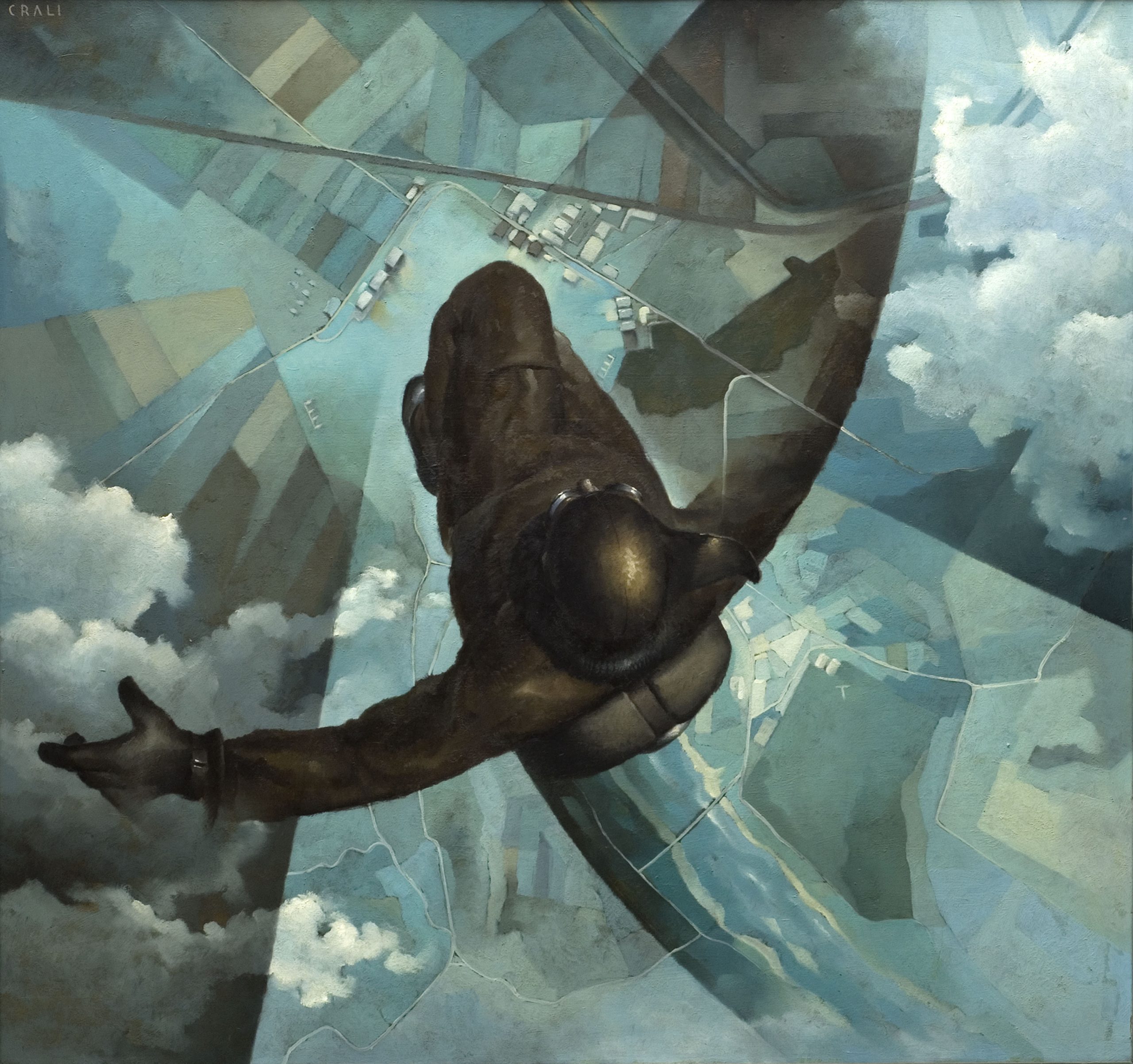 After the First World War, both in the writings and in the works we observe the need to move away from reality to discover new visions precisely through the aerial experience, which are a praise of the historical moment in which they are placed, perfectly expressing what animates the artists of that moment.

One of them is Crali himself, whose high-altitude flights allow him to experience sensations that then inspire his best-known canvases, which portray the “vast visual and sensory drama of flight” with unexpected perspectives and swirling colors, at the limit between abstraction and figuration. 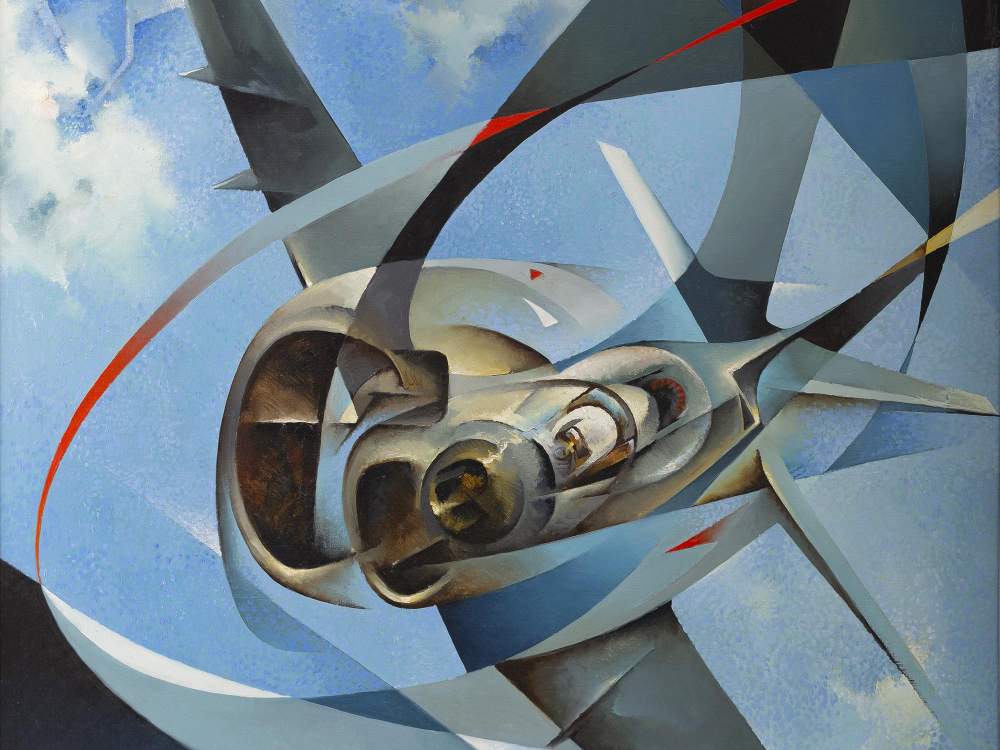 Who more than him has been a pilot in life and in art, choosing directions and destinations with an optimistic enthusiasm, deriving from the fact that “up there everything is wonderful” in a continuous search for paths to take.