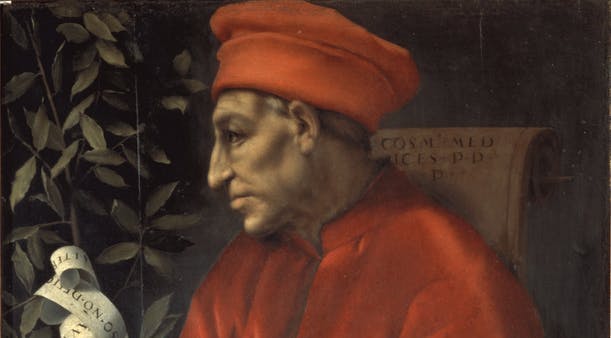 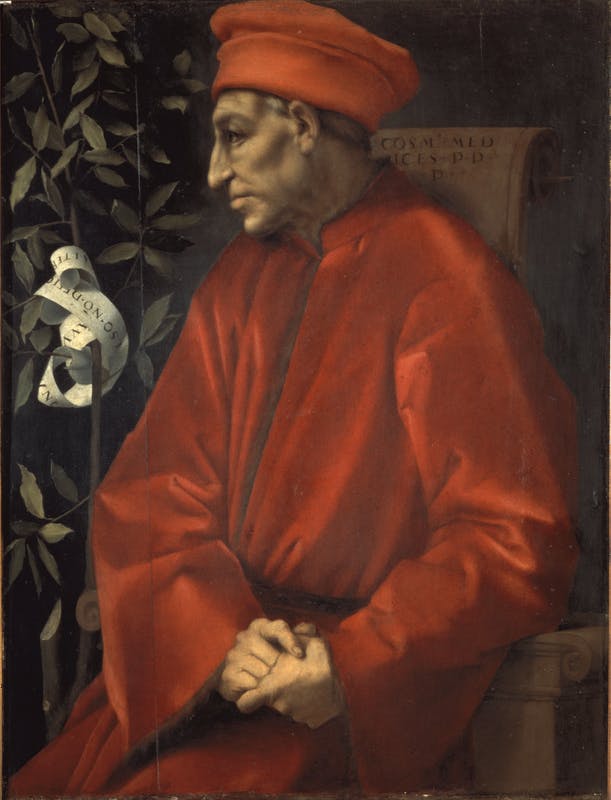 Since Cosimo had already died a few decades ago, the artist is inspired by his only surviving depiction taken from a fifteenth-century medal, the iconography of which is taken up: he is portrayed in profile, with headdress and cape.

The three P’s indicate it as Pater Patriae Parens, from the oldest laurel (symbol of the family) a new one is born to indicate the continuity of the lineage, as confirmed by the cartouche that with a passage from the Aeneid explains that a broken branch does not weaken the other. Cosimo the Elder, who initiated the great Medici kingdom, stands as a symbol of his entire dynasty: for the family it must not yet be too late to have new goals, to still believe in their own strength. 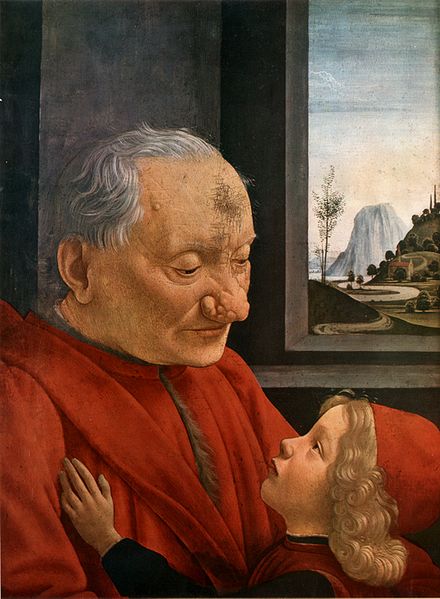 The dreams of the now elderly Florentine banker Francesco Sassetti are reflected in those of his young nephew, with an almost veil of sadness perhaps due to his advanced age.
Ghirlandaio portrays him with care and in all his imperfections, without eliminating that sense of wisdom and wit that distinguish him.

It is a private portrait, without splendor but with a strong affectionate atmosphere, which enchants in that particular relationship that seems to exist between grandfather and grandson, perhaps because the first closest to death knows that the second will be able to realize all those dreams and desires. which he in life had not yet managed to realize.